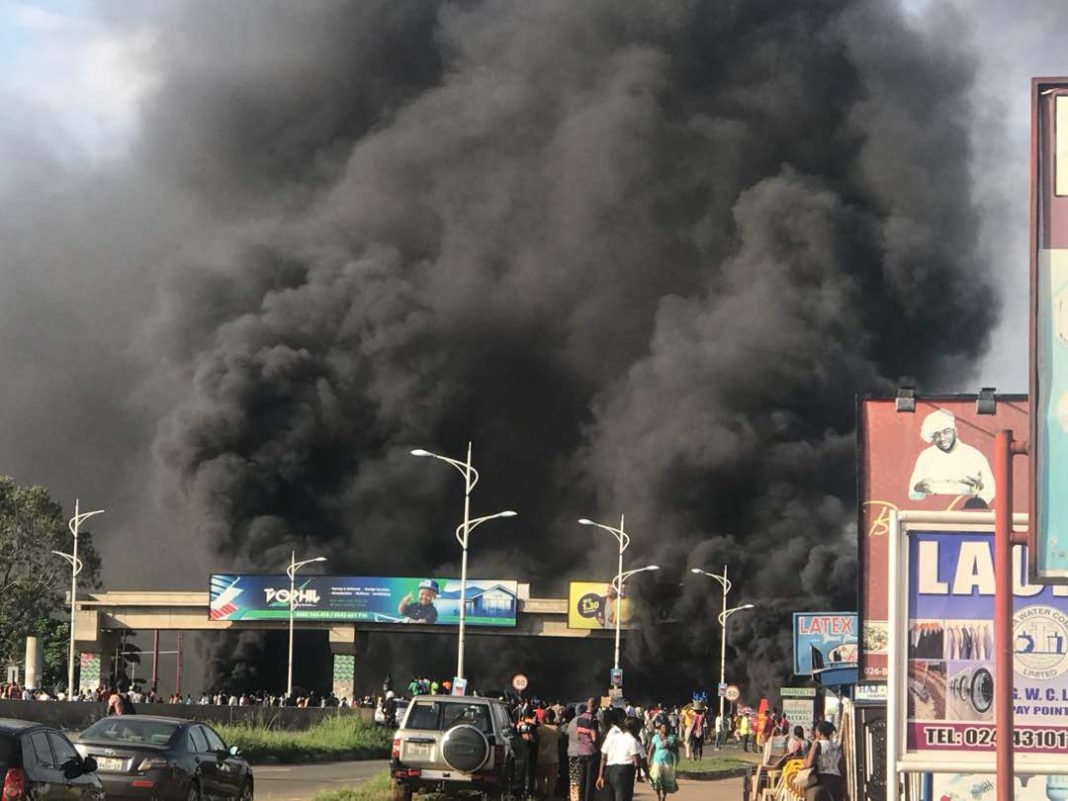 Irate residents of Adenta and Madina environs have blocked the main Adenta-Madina-Aburi highway in protest of the increasing fatal accidents on that road.

The protest started Thursday afternoon after another pedestrian was knocked down and killed on the Madina-Adenta highway.

The residents have blocked the highway as part of the protest burning tyres and making it impossible for vehicles to and from Aburi to use the highway.

The police have since been to the scene to control the protestors but are having a hard time.

The deceased is said to be a 22-year-old student of the West Africa Senior High School (WASS) who was attempting to cross the highway after going to the school to get registered for the gold track.

This comes after a young lady, was on Friday night knocked down by a car on the Adenta stretch of the Madina-Adenta-Aburi highway and killed in a similar way.

The lady, popularly referred to as Ataa, was crossing the highway with the boyfriend at the area near the SDA Intersection when the vehicle knocked her down at about 8pm.

Passers-by claim that another speeding vehicle run over her when she fell upon the first impact.