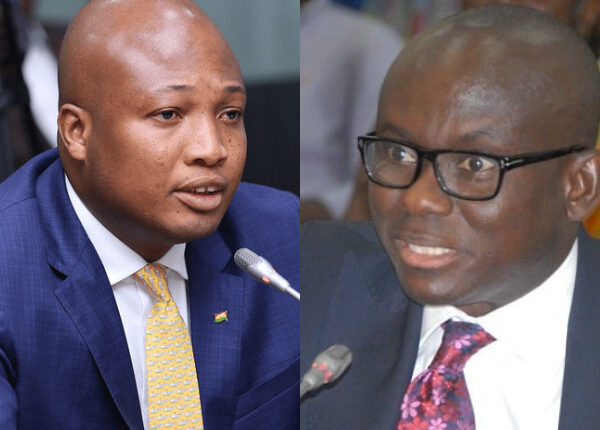 Attorney General Godfred Yeboah Dame has asked North Tongu legislator Okudzeto Ablakwa to retract and apologise for peddling falsehood against him in relation to the National Cathedral project.

Mr Ablakwa had alleged that the then Deputy Attorney General, now substantive, was registered as a secretary of the National Cathedral board.

But in a statement debunking all claims, the Attorney General said that the approval was granted to Sir David Adjaye on 13 December 2018 and the National Cathedral was incorporated on 18 July 2019, and these two dates disassociate him from the aforementioned allegations.

“Quite clearly, at the time of the approval by PPA (on whose governing board I served in my former capacity as Deputy Attorney General), no company known as the National Cathedral of Ghana had been formed for me to be Secretary of, or have any purported interest in to declare.

“I could not have had a so-called interest in a non-existent company. If Mr. Okudzeto Ablakwa had cared to read or examine the relevant documents well, as he should have, this plain fact would not have been lost on him,” he stressed.

He reiterated that he is neither a registered director nor a subscriber (member of the National Cathedral).

According to Mr. Dame, “no issue of conflict of interest arises by virtue of my status as secretary to the company”.

“The plain facts would have been obvious to Mr. Okudzeto Ablakwa, if he had done a little research or inquiry, which he owed a duty to do, before rushing to the media with wild and unfounded allegations,” he added.

He is, therefore, convinced the said allegations by the North Tongu legislator are malevolent and ill-inspired for the simple reason that a cursory examination of the facts would have revealed the untruth in them.

Below is the statement from the AG 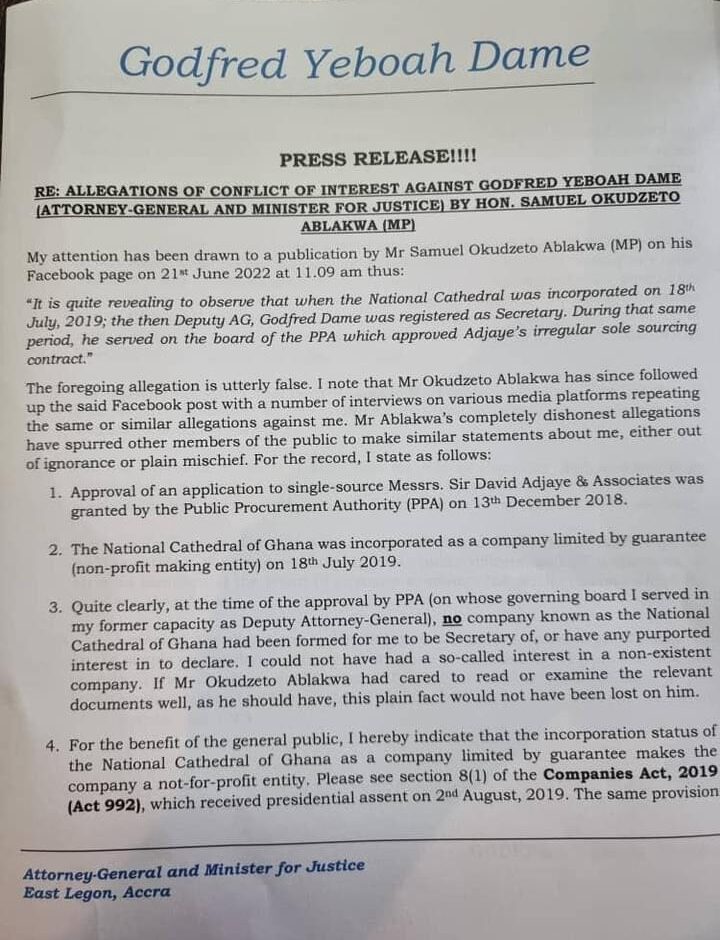 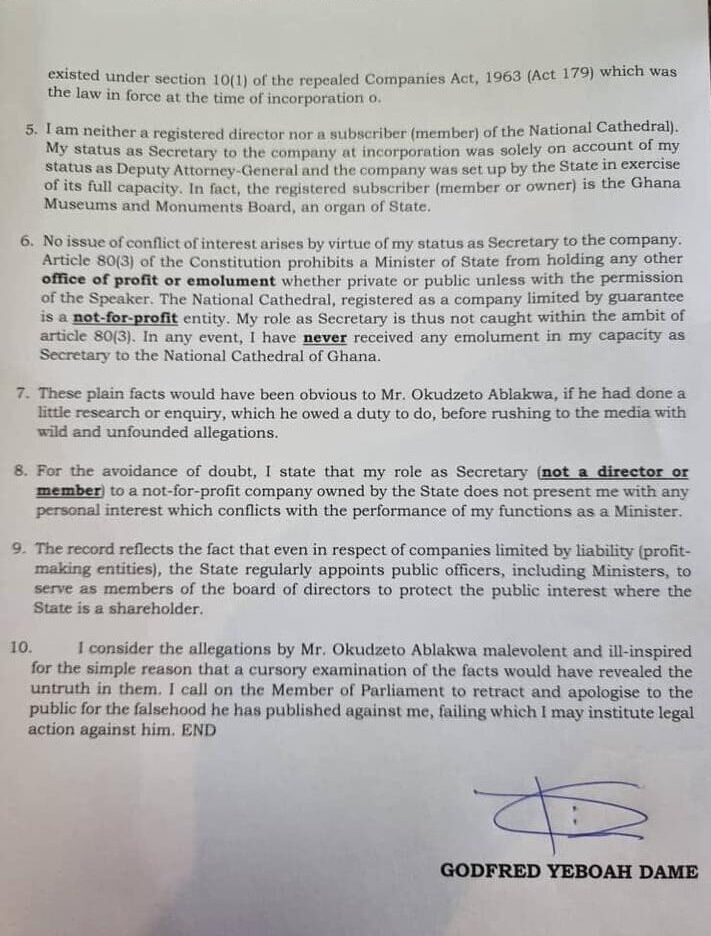