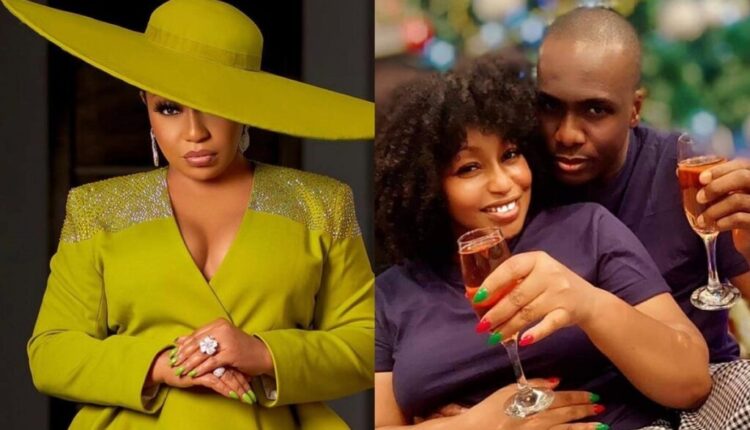 The pair, who had their traditional wedding in April this year, will take it a step further by exchanging vows this Saturday in a 900-year-old abbey in England.

Friends and family will be present for the couple’s vow-exchange ceremony which will follow their traditional wedding.

Similar to her traditional wedding, it is expected that the white wedding will be star-studded, as on Rita’s bridal train are actors Michelle Dede and Kate Henshaw.

Recall that Rita Dominic refuted rumors that she and her husband had welcomed twins.

It was rumored that the Nollywood actress and her spouse, Fidelis Anosike, welcomed twins recently and many social media fans flocked to the actress’ social media profiles in response to the report to express their utter pleasure and to congratulate the pair.

In a similar vein, recall that recently, the Nollywood actress had hinted that she prefers to keep her relationship private but not hidden.

“In a relationship that’s private but not secret, people know we are together but don’t know anything about us.” There’s a difference between privacy and secrecy. And to me, that’s perfect.” The thespian posted on Instagram.

We wish the couple a blissful union.