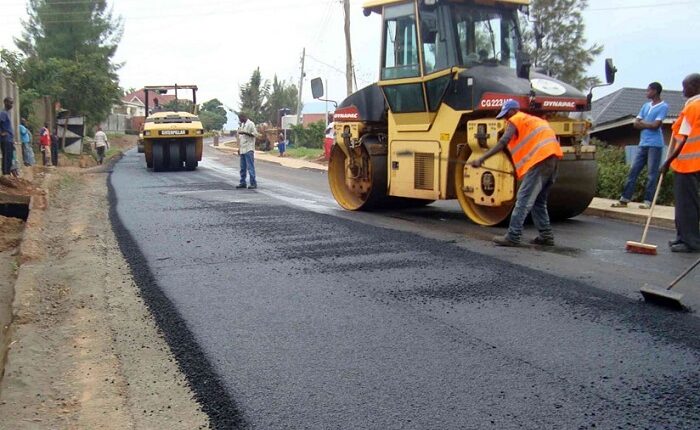 The Ghana Chamber of Construction Industry has threatened to demonstrate over the outstanding debt owed them by the government.

According to the chamber, the government’s inability to pay them their due has led to the loss of jobs and properties used as collateral by its members for bank loans.

They have, however, given the government a 14-day ultimatum to settle their arrears or face their wrath.

“We are only trying to see how best we can let cool heads prevail. Our people are agitating, they have been calling for a demonstration for a while now. But we have managed to cool them down for some time. And when you talk of contractors demonstrating, it is not just any ordinary one you see on the streets.

“They are going to block the roads with heavy-duty machines among others. If you owe a contractor, the effect trickles down to all spheres,” CEO of the chamber, Emmanuel Cherry told Accra-based Citi FM.

Mr. Cherry noted that leadership of the chamber would be left with no option than to give their members the green light to do as they please should government ignore their concerns.

“As a chamber, we have decided to engage the government further. So we have given them a 14-day ultimatum, starting from today the 27th of October 2020 to come out with a roadmap on payment. If nothing is done about it, the leadership of the chamber will have no other option than to allow the contractors to go ahead with their planned demonstration.”

In August 2020, the Chairman of Parliament’s Roads and Transport Committee, Samuel Ayeh-Paye said the government had begun paying road contractors for works executed and urged them to follow through with their Interim Payment Certificates (IPCS).

“Payment is going on. Contractors are being paid, not that they are going to be paid. Some have been paid already,” he said.

“So those contractors who have submitted their IPCs, or haven’t submitted your IPC, kindly do a follow-up to make sure you’ll be part of those who are going to receive their payments.”

In an interview with the Ghana News Agency (GNA) in Accra, on the state of payment schedules for road contractors, the Chairman, who is also the MP for Ayensuano, indicated that the Government was committed to clearing all arrears owed road contractors.

He said the payment for June 2020, was in and plans were far ahead for disbursement, adding that the government of Ghana on average paid GH¢150 million monthly of debts owed road contractors.

Mr. Ayeh-Paye admitted that as of last year, there were problems with payment, and as a result, he had a lot of petitions on his table for contractors’ payment.

To make payment of the arrears easier, the Chairman said a strategy was devised to categorise the payments.

“That’s why we categorise them. You see, anybody that we owed GHC 500,000 and below, that’s one-man contractors or small-scale contractors, we cleared all of them; then we came to GHC 5 million, and below, we cleared them; then those above GHC 10 million are being cleared,” Mr.Ayeh-Paye said.