Ten members of the National Democratic Congress (NDC) have lost their lives in the last two months in gory accidents while engaged in 2020 election campaigning and other party-related activities.

While one person died in October, eight others perished road accidents this month.

In the latest accident, two supporters of the party in the Banda constituency of the Bono Region died in a car crash with others severely wounded.

The group were on their way to a political programme when the incident occurred.

Some of the injured supporters were sent to the Nsawkaw District Hospital and other health facilities in the Bono Region.

The Bono Regional Communications Officer of the NDC, Charles Akowuah said the victims being conveyed to the party’s youth meeting in KIA truck when the accident happened.

“They were on their way to a youth gathering at Banda Kankam when the incident happened… Unfortunately for us, it is a rural setting, and they normally use KIA trucks to convey their people and it got involved in the accident,” he said.

Ten of those injured are at the Nsawkaw District Hospital and another person is at Wenchi responding to treatment.

Another injured person was taken to the Techiman Holy Family Hospital for treatment.

This accident comes barely a week after a vehicle ran over some NDC supporters in the Ellembelle constituency in the Western Region.

This time, the supporters were on a peace walk ahead of the December 7 polls when a commercial vehicle ran over them.

The incident left one dead with dozens battling for their lives.

According to an eyewitness, the incident occurred around 5 pm when the driver of the car popularly known as Nzema jet lost control of his vehicle and ran into the supporters.

Before then, on at least six supporters of the country’s largest opposition party  died died in a ghastly accident  at Frante near Ejura in the Ashanti Region.

Scores of other passengers were wounded after their bus somersaulted.

The group was on their way to a campaign ground where the flagbearer of the NDC, former President John Dramani Mahama, was to address the crowd.

The accident occurred in the afternoon of Saturday, November 21, after the driver lost control of the steering wheel of the bus.

The wounded victims were rushed to the Ejura District Hospital for medical attention.

Former President Mahama had to change his itinerary in order to visit the victims at the hospital.

NDC Party Chairman, Samuel Ofosu Ampofo and National Campaign Chairman of the NDC, Professor Joshua Alabi were some officials who were part of the team that visited the hospital.

Mr Mahama expressed sadness over the accident and promised to support the victims by footing the medical bills.

The NDC Deputy Bono East Regional Youth Organiser died after a vehicle he was traveling in was involved in a head-on collision on the Kintampo-Techiman Highway.

According to reports, Nsiah Kojo and some party members were returning from the funeral of the mother of the party’s Kintampo-South Deputy Youth Organiser.

The pick-up truck in which the deceased was said to be traveling in collided with a  truck loaded with fertilizer. 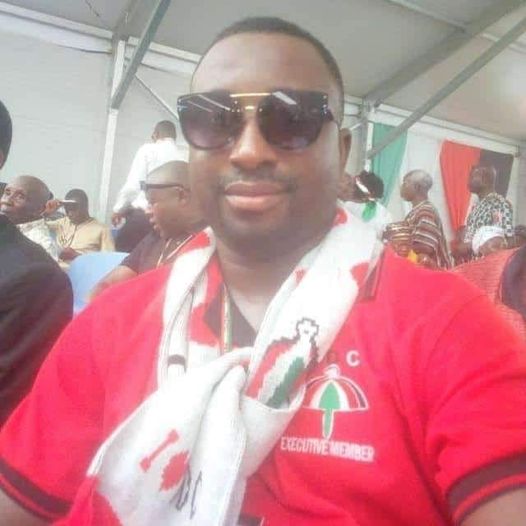