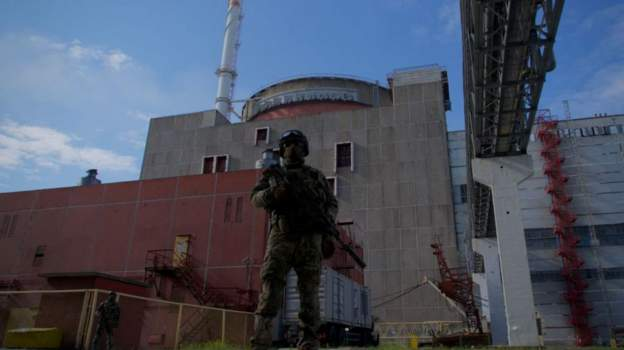 The head of Ukraine’s state nuclear power company Enerhoatom has accused Russian soldiers of turning the Zaporizhzhia nuclear power plant into a military base, using it to launch attacks against Ukrainian positions.

Petro Kotin tells me the threat to the plant is great, but the site remains safe.

“They [Russian forces] use it [the power plant] like a shield against the Ukrainian forces, because nobody from Ukraine is going to make something.

He says 500 Russian soldiers are at the complex, and Russia has positioned rocket launchers in the area of the plant.

For days, Ukraine and Russia have accused each other of shelling the site.

The complex has been under Russian occupation since early March, but Ukrainian technicians still operate it.