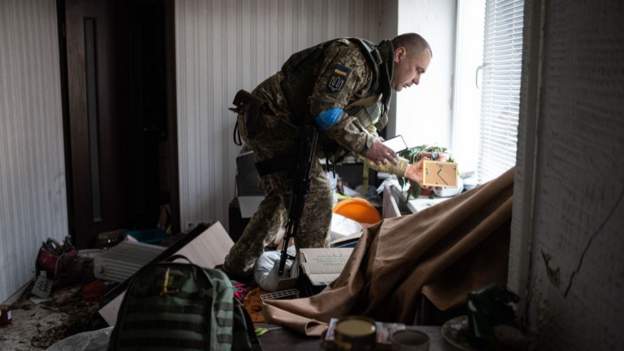 US defence department officials have said that Russia’s withdrawal from the Kyiv and Chernihiv regions is now complete.

“Russian forces near Kyiv and Chernihiv have completed their withdrawal from the area to re-consolidate and refit in Belarus and Russia,” a Pentagon official told reporters on Wednesday.

“We are not showing Russian forces in or around Kyiv or in or around Chernihiv,” Pentagon spokesman John Kirby later added, saying that Russian President Vladimir Putin “has achieved zero of his strategic goals”.

It comes days after Russia announced that it would focus its efforts on Ukraine’s eastern Donbas region.

A senior Pentagon official, speaking on condition of anonymity, said that the Russian troops may be heading back to Kyiv in the future, and that it remains unclear if the retreating troops will return.

According to the Institute for the Study of War think-tank, the Russian units retreating from around Kyiv are unlikely to “regain combat effectiveness for some time”.

Of the 130 Russian battalions that have been sent to Ukraine, more than 80 still remain in the country, the official said.

The Associated Press, citing a US defence official, reported that the number of withdrawing Russian troops amounts to at least 24,000 men.