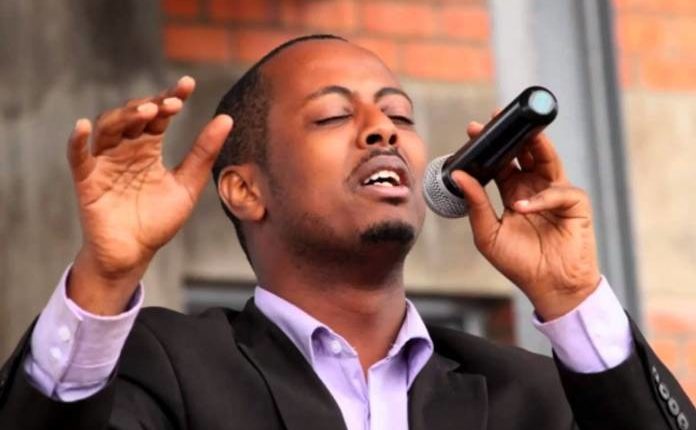 A Rwandan gospel musician, Kizito Mihigo, who was taken into custody last week after he reportedly attempted to flee the country was found dead in a police cell at the Remera police station.

The 38-year gospel musician was found dead in a cell Monday morning.

His death comes three days after he was arrested near the border with Burundi.

Mr Mihigo was accused of attempting to flee the country, with the intent of joining rebel groups fighting against Rwanda.

He was charged with corruption and illegal border crossing.

He was subsequently banned from leaving the country due to a previous conviction.

A police spokesman, JB Kabeera, in a statement shared on social media said Mihigo’s body was found during a routine check by officers at Remera police station on Monday morning.

The Rwanda Investigation Bureau accused the singer of attempting to bribe people.

A resident in the south-western Nyaruguru district told BBC Great Lakes that on Thursday villagers had stopped the musician, who was carrying a heavy bag, and handed him over to police.

“I was there, I saw him. Villagers who stopped him said he was trying to cross to Burundi using illegal roads. From here to the border it’s less than five minutes’ walk,” the resident, who declined to be named, said. 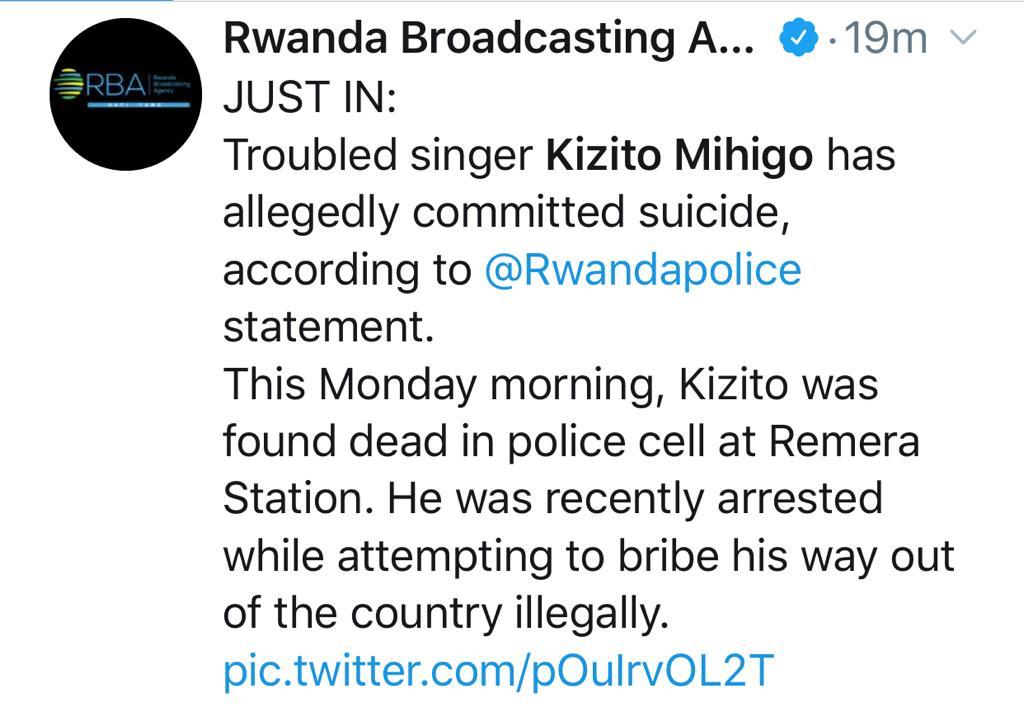 Earlier in 2015, the singer was sentenced to 10 years in prison after being convicted of planning to kill President Paul Kagame and inciting hatred against the government.

He was pardoned by the president in 2018 on condition that he only leaves the country with judicial permission.

Mihigo was once close to the governing Rwandan Patriotic Front (RPF) party.

He is a survivor of the 1994 genocide and is well known for his reconciliation work and religious songs.

Mihigo was best known for the songs Inuma (pigeon) and Igisobanuri cy’urupfu (the meaning of death).

Meanwhile, some of Mihigo’s fans took to social media demanding answers from the government about his death.

Find below some reactions from his fans

We campaigned online here last year against the detention of Kizito Mihigo and Victoria Ingabire.

He pretended that he pardoned him but now he is dead. All critics of Kagame ends up dead. Sad!!! @ItsMutai #KillerKagame pic.twitter.com/OyE1gBcKSA

I’m reading this thread from the official Rwandan Propaganda machinery on official account on how Kizito Mihigo died and I find it quite so basic a playbook from the book 1984. You can’t play this kind of monkey business in Kenya before the public rips you apart. #TributeToKizito https://t.co/o7dftouJCF

What of Kizito Mihigo? Or what don’t we know about your agenda for Rwanda, explain why they have to suffer or die for differing with you https://t.co/fIfPYkNz5k

R.I.P Kizito Mihigo. You fought a good and courageous fight. You dared walk some paths very few in Rwanda dare to. pic.twitter.com/G81vDiukUN

Guys how do we know if really Kizito had tried to escape?
How do we know if he really ever got taken to police station?
Who took these photos and where were they taken?
How did the border patrol managed to say:”Hey let’s take photos of you?”
Even @RIB_Rw first denied it had him pic.twitter.com/SH8Rc9uyT4

Some time I ask myself how the tiny evil @PaulKagame can manage to kill innocent Rwandans when the @RwandaParliamnt @Rwandasenate @RwandaMoD is watching! How this tiny evil pilato manage to silence all the gov’t officials, both women & men moreover educated people! Rip @kizito!