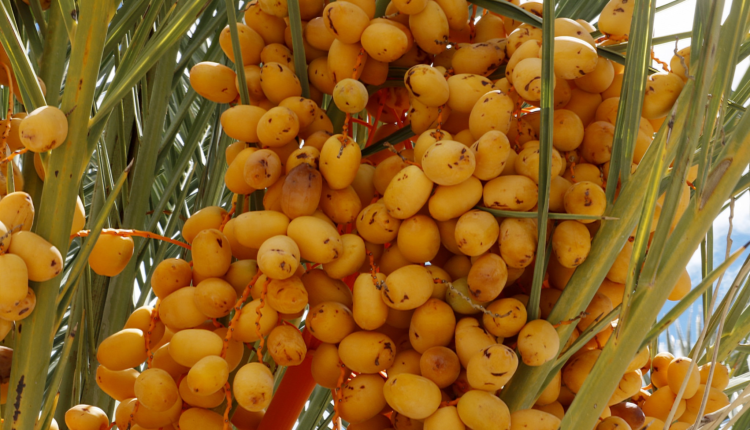 The Kingdom of Saudi Arabia has reaffirmed its friendship and cooperation with the Government of Ghana with the donation of 50 tons of date fruits.
The donation, through the Royal Embassy of Saudi Arabia, was made by the custodian of the two Holy Mosques of the Kingdom of Saudi Arabia, King Salma Bin-Abdul-Aziz Al Saud.
Ghana has been a beneficiary of the symbolic gift over the last years, making it the 10th of such donations to the Government of Ghana through a Royal Decree in 2015.
Date fruit is a traditional and ancient fruit of Muslims and Arabic heritage valued for its health benefits.
Rooted in the religious teachings of Prophet Mohammed, dates have traditionally been recognised as a customary food item in Ramadan and considered among the fruits of heaven in Islam signifying vitality and growth.
Dates are enriched with many vitamins and have proven to promote hearts, brain, respiratory and digestive health.

Since then, he said, both countries had witnessed an improvement in its bilateral relations, including the increasing number of Ghanaian Muslims embarking on the annual ritual of the Hajj.

“This year’s donation, therefore, serves as a reaffirmation of the friendship and cooperation between our two countries,” the Chief Director said.

Mr Cleland said by the act of benevolence to Ghanaians, especially the Muslim community, the gesture tied in with the third pillar of the Islamic faith, which supported the giving of alms and facilitates the observance of Ramadam as the fourth pillar of Islam.

The Chief Director, on behalf of the Minister of Foreign Affairs and Regional Integration, Madam Shirley Ayorkor Botchwey, acknowledged the significant contributions made by the Kingdom of Saudi Arabia to other vital areas of Ghana’s development such as education, health, energy and various donations from individuals towards the construction of mosques, schools, orphanages and provision of safe water in Islamic communities.

Mr Saeed Saad Al baker, chargé d’affaires of the Royal Embassy of Saudi Arabia, who made the presentation, speaking through a translator of the Embassy, Sheikh Yahya Tuntunba said, the King had decreed in 2015 that 50 tons of dates be given to Ghanaians particularly the Muslim community in the month of Ramadan to help in the fasting process.

He said the Saudi dates were one of the few fruits mentioned in the Holy Quran and were a main part of Prophet Mohammed’s diet, making it an important part of the Islamic heritage.

Mr Al Baker said, Saudi Arabia was Ghana’s longest bilateral diplomatic partner in the Middle East since 1960, which had grown over the years and that the donations were part of the framework of the relations between the two countries.