Inside a small, deplorable classroom stands an 18-year-old girl with chalk, a stark contrast from her dream of producing medicine to cure diseases.

Maame Acheampomaa Antwi-Boasiako wants to be in a pharmaceutical lab to find solutions to diabetes and hypertension, which runs in her family.

But here she stands, holding calcium carbonate to write on a green chalkboard to impart knowledge.

But the future for the science student looks bleak.

Bleak because there is no money to finance her university education.

Her unquenchable desire to be a pharmacist swelled after the agonizing death of her 15-year-old brother.

At the same time, stroke has rendered her father paralyzed.

Her mother sweats barely to fix daily meals for the family. 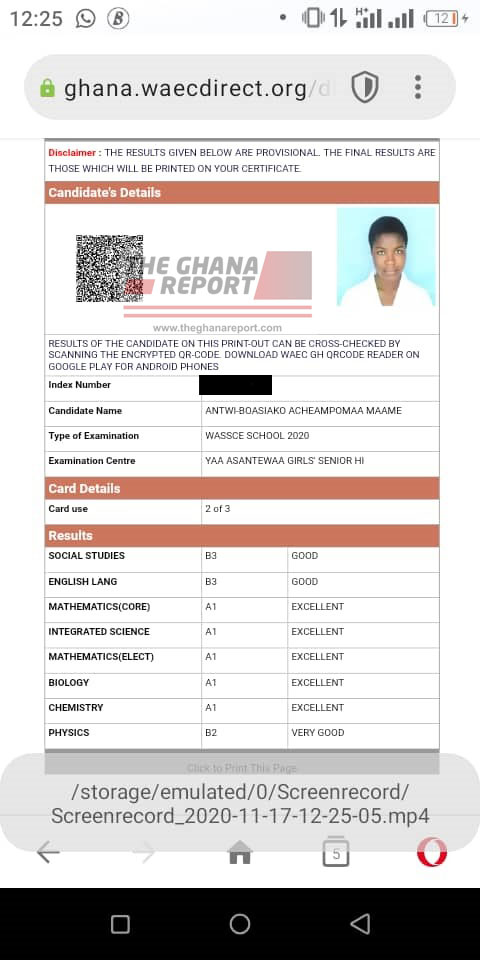 Her family’s poverty means Maame has to abandon school and switch to survival mode.

Adversity has forced Maame to draft a plan to seek further studies.

She survives by teaching at Eden Royal International School in Old Tafo, a suburb of Kumasi.

“I decided to take up teaching because my parents are not financially able to pay for my fees; I am doing this so I can save up for school,” she told theghanareport.com’s Aba Asamoah.

Out of the GHC300 monthly salary, she saves GHC100 to finance her tertiary education.

But this is woefully inadequate. With these earnings, she will need to save at least 20 months to pay for a semester’s average fees of GHC1,800 for a Bachelor of Pharmacy (B.Pharm) degree program.

Multiply that by eight semesters, and she needs at least GHC14,400 to complete the four-year programme at the Kwame Nkrumah University of Science and Technology, where she aspires to study.

As a little girl, she had fancy dreams to become a medical doctor, influenced by an uncle who was a physician.

But growing up, she discovered her father’s family history of hypertension and diabetes, a deadly combination that is a precursor for kidney diseases.

She witnessed countless visits by several family members to the hospital and the importance of treatments.

“I figured then, after a little research, that there were countless people who died as a result of cardiac arrest, or diabetes and lots of other ailments, and I vowed to become a doctor to help such people,” the articulate young girl disclosed.

“My brother’s death heightened that zeal for me, and now I have another goal to help children like my brother to survive”.

She recounted that the hospital thought it was epilepsy, and later they said it could be malaria after her brother fell sick.

Several scans and tests could not confirm the exact ailment.

“Honestly, I can say my brother’s death was the most painful thing that has happened in my life. I was still in my final year, and he had just gained admission into Osei Tutu Boys SHS,” she narrated, casting a gloomy face.

What she thought would pass quickly got worse.

While others were busily enjoying Christmas in 2015, her family was praying for his brother, who had been placed on oxygen.

On December 27, when her mother went to the hospital, she was told he passed on in the evening of the previous day.

“My younger brother, who was only 15 at the time who used to follow me everywhere, including the bus stop when I was going to school, was no more. I cried every day because he was brilliant, kind, and vibrant. Even now, sometimes I still can’t believe it”.

That was the point of no return for Maame to study medicine.

However, after the WASSCE results were released, “I was sad because I had 5As, 3Bs with aggregate 8”.

Human Biology at KNUST required 8As with an aggregate of 6.

She is sure that her grades qualify her to pursue pharmacy if she is not admitted for medicine.

“I know for a fact that most of the drugs the doctors need on a day-to-day basis are provided by pharmacists. In the end, I just want to save lives, and that’s what matters to me”.

Maame wants to leave a legacy of building “several clinics in remote areas when I grow up. Whether or not, I’m a doctor”.“I hate to see people suffer”.

The determined girl is the second of four children.

Her father, a 48-year-old computer scientist, has been out of the job since 2014 after he suffered a stroke in the left part of his body.

This has left him confined as he moves only when it’s time to visit the hospital.

Her mother, a 40-year-old petty trader, is the sole breadwinner of the family of five.

The little return she makes from her trade is consumed by food and medical expenses for her husband’s treatment.

“My mother sells whatever product is moving on the market, she is a petty trader, and she takes care of my younger siblings and father,” Maame noted. 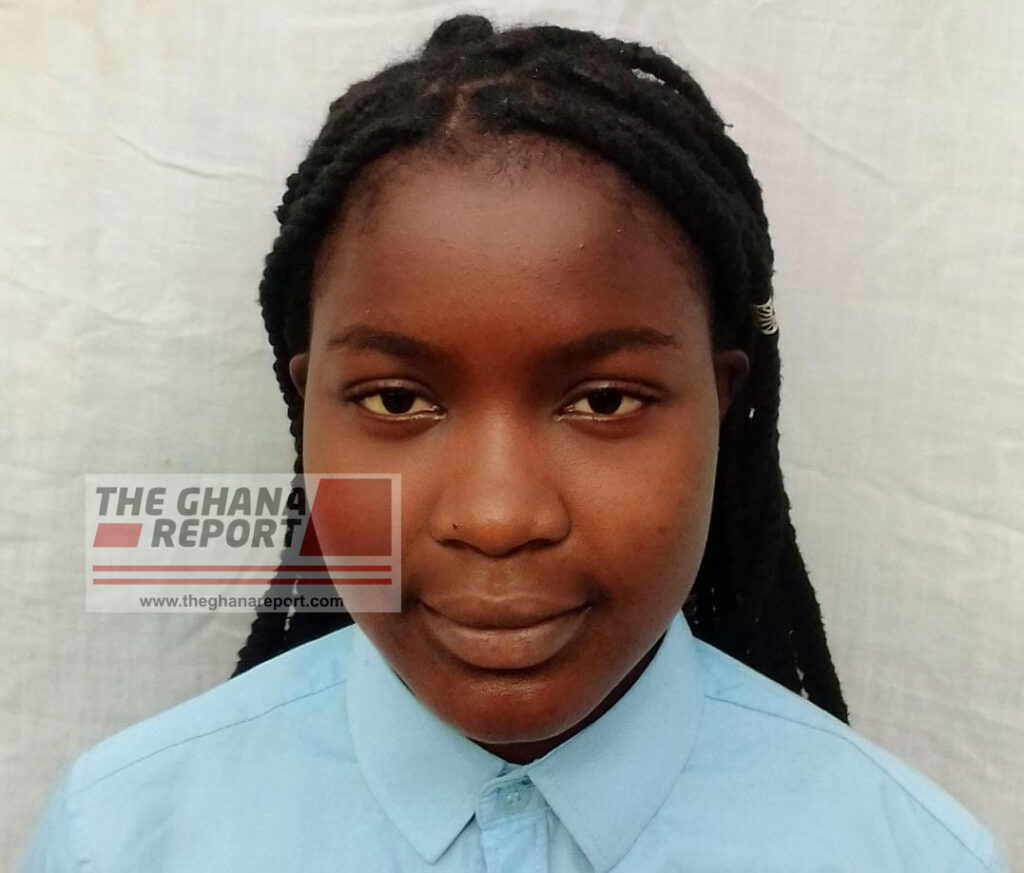 Focus on achieving her dreams

“I don’t have time for them,” she scoffed.
According to her, even though she gets men hitting on her, she never pays any attention to their sexual advances.

“I don’t have a boyfriend, and I don’t intend to have one because there are more important things I need to do. I want to achieve my dream of becoming a pharmacist. I’ll meet equally accomplished men later,” she said confidently.

With her dream looking miles and miles away, the more she looks at her savings, she hopes and prays a benevolent organization or individual will come to her aid to complement her effort to achieve her dream.