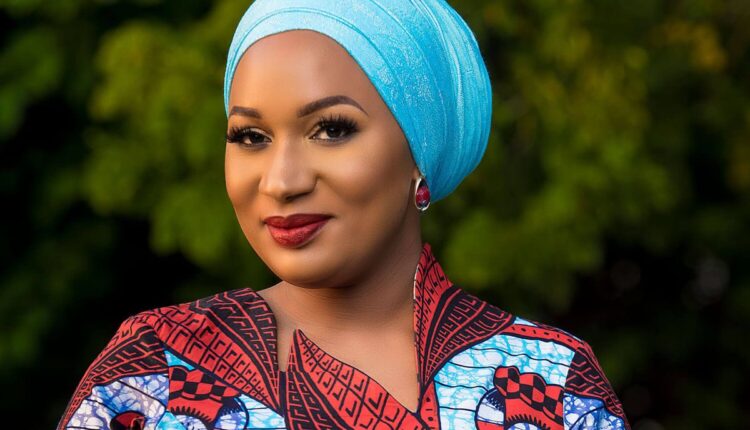 The Second Lady Samira Bawumia has rejected her monthly remuneration approved by Parliament less than 24 hours after First Lady Rebecca Akufo-Addo did the same.

Additionally, the Second Lady has announced a refund of all monies she has received as allowances since 2017.

This was contained in a statement released by the Office of the Second Lady on July 13.

“The Second Lady, H.E. Samira Bawumia in consultation with H.E. The Vice President, will refund all allowances paid to her since 2017 and will not accept any monies allocated to her pursuant to the recommendations of the Prof. Yaa Ntiamoa-Baidu led committee, as approved by Parliament on 6th January 2021,” a statement signed by Kwame Twum, Senior Aide to the Second Lady announced.

She is expected to refund a total of ¢887,482 to the state following this decision. 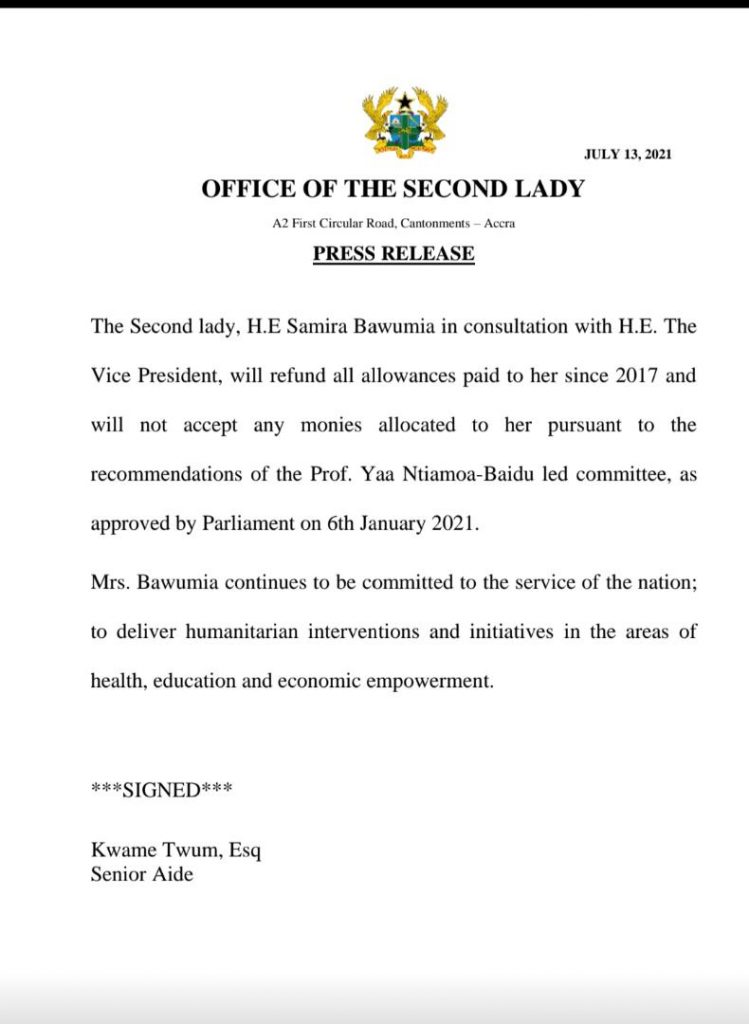 The five-member committee was set up in June 2019 by President Akufo-Addo to make recommendations to him and Parliament on the salaries and allowances payable and the facilities and privileges available to article 71 officeholders.

They were charged to make recommendations regarding emoluments and other privileges for article 71 officeholders, as specified under the Constitution, and to examine any other relevant matter which the Committee deemed appropriate to its work.

As part of its recommendations, they proposed that allowances given to the spouses of the President and Vice President be formally included in the review of the entitlements for the executive.

The recommendation is said to have been forwarded to the Seventh Parliament, which gave the final approval.

AG sued over salaries of first and second ladies