Story By theafricancourier.de On Nov 18, 2020
Share
Nigerian passport applicants in front of the Nigerian Embassy, September 2020. Many applicants for passport renewal or issuance have been going through extreme difficulties getting appointment at the Embassy, with rumours circulating that the situation is being exploited by some unscrupulous staff to seek bribes /Photo: AfricanCourierMedia

A staff of the Nigerian Embassy has been shown in a video circulating on social media, suggesting that he had asked for sexual favours from a Nigerian woman in exchange for facilitating her passport issuance.

In the video, the man is shown sitting on a bed ostensibly in a hotel room, where he had arranged a rendezvous with the unnamed woman, confronted by a male voice over his inappropriate relationship with the woman.

The video is being viewed by Nigerians in Germany as an incontrovertible evidence that some unscrupulous staff of the embassy do, in fact, seek illegitimate gratifications to render consular services.

Due to the ongoing difficulties experienced by those seeking appointment for passport renewal or issuance at the Embassy, rumours have been circulating that desperate applicants were being blackmailed into paying bribes to be given appointments.

Even though the Embassy has always denied the allegations, the latest video provides evidence contrary to the Embassy’s official position.

Meanwhile, the Embassy has reacted swiftly to the video by suspending, with immediate effect, the official concerned, who cannot be named due to German laws protecting suspects.

In a press statement issued on Tuesday, the Embassy said:

“The Embassy of the Federal Republic of Nigeria in Germany announced today that it has suspended with immediate effect a local staff (security unit) in connection with allegations of sexual abuse and other serious criminal activity.

“The staff, who cannot be named for legal reasons, was suspended following the circulation of material on social media that suggested the official was demanding sexual favours in return for official services.

“HE Yusuf Tuggar, Nigeria’s Ambassador in Germany, said: ‘we have a zero-tolerance policy towards abuse of office and especially of sexual misconduct. Our full resources are being deployed to investigate a very serious incident and any other abuses that this inquiry may reveal’.

“The investigation is taking place with all the urgency and diligence that this very serious situation demands. When due process is complete, any guilty party can expect to face the full weight of the law. Our heartfelt sympathies are with any innocent victims of abuse.”

Nigerians have been reacting to the shameful video with many narrating stories circulating of how passport applicants were being made to part with hundreds of euros to be giving timely appointments. 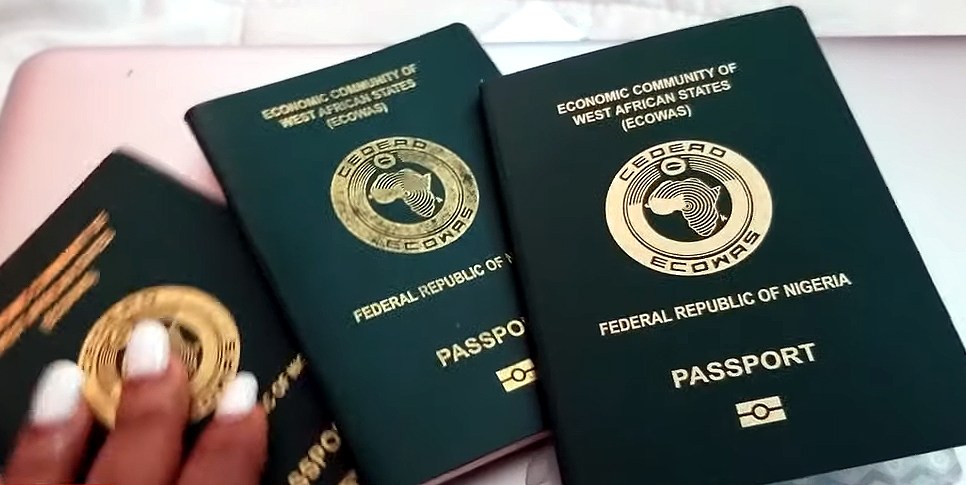 Nigerian associations have not reacted officially to the scandal. Speaking off the record, the general secretary of one of the umbrella organisations said:

“It feels me with shame that a staff of our embassy could go so low as to demand sexual gratification for a normal service to which citizens are entitled. The Nigerian Community must as a matter of urgency make a strong representation to the Ambassador on the issue.”

He explained that major Nigerian associations have been internally discussing the situation at the Embassy, as difficulties in getting an appointment for passport issuance was causing those affected extreme hardships.

“We informed the Ambassador at our meeting with him in September of allegations that some unscrupulous embassy staff demand money to facilitate appointments for passport issuance,” he revealed.

“Now we have been served a red-hot evidence of a much graver misconduct, that of demanding the dignity of a woman. Nothing can be more outrageous,” he added.

“Now is the time for the Ambassador to carry out a thorough investigation of allegations of bribe seeking and taking and demands for other illegitimate gratifications at the Embassy. That should be the minimum demand of the Nigerian Community.”

The African Courier has learnt that consultation is going on among Nigerian associations with a view to collectively taking a position on the unsavoury development and communicating same to the Ambassador.