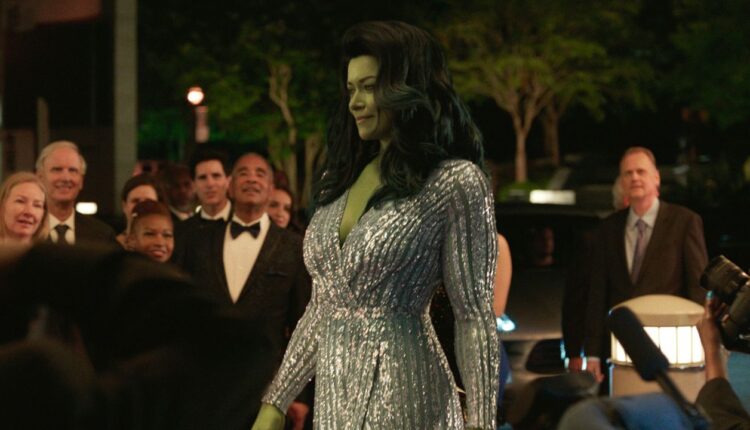 “She-Hulk: Attorney at Law” revealed both its superpower and Achilles heel in the season finale: It’s a TV show for people who watch too much TV in general and too much of Marvel’s output in particular.

Almost giddy in the sheer volume of inside references, the ninth and final episode (for now) saw its protagonist brag about being able to “smash fourth walls and bad endings,” clearly achieving the former goal and leaving room for plenty of debate about the latter.

The episode began with a very clever spoof of the 1970s “The Incredible Hulk” TV series that starred Lou Ferrigno, then proceeded to take a dizzying, surreal dive into Marvel minutia – breaking out of the home page of the Disney+ service, invading the studio’s campus and eventually confronting the writers responsible for the show and a facsimile of Marvel chief Kevin Feige, transformed into a robotic intelligence.

There were so many stray nods to other Marvel fare – past, present and possibly future – you’d almost need a scorecard to keep up. The bottom line is that if you were enjoying the show, and Tatiana Maslany’s wry comedic work as Jennifer Walters and her computer-enhanced green alter ego, this probably worked for you. If you felt it was over the top, felt it was over the top, this was that and then some.

Designed to test the parameters of how far Marvel could go with this sort of exercise, “She-Hulk” clearly delivered an unabashed out-there comedy. Still, the show also served up one significant bit of business for the Marvel universe – bringing Daredevil and the actor who plays him, Charlie Cox, into the current Marvel fold in a significant way via a guest-starring stint – with hints at more crossovers to come.

It’s tempting to credit “She-Hulk” for taking chances, but frankly, that has clearly been the plan with Marvel’s expansion into streaming for some time now. After all, we’ve already had an alligator variant of Loki and an anthropomorphic hippo in “Moon Knight”  so just being weird doesn’t come as a major surprise.

The somewhat perplexing question raised by “She-Hulk,” as well as those examples, is how extensively this sort of material plays – and specifically, whether its appeal is too limited to only the most committed fans, or if Marvel has engendered enough brand loyalty to be able to effectively stretch its muscles in this fashion.

Part of the show’s legacy, as noted, will be the way it reintroduced Daredevil. Marvel confirmed plans for a new series, “Daredevil: Baron Again” at Comic-Con in July, bringing back not only Cox but Vincent D’Onofrio as the villainous mob boss the Kingpin from the original Netflix show.

As for She-Hulk, she’s certainly too big and colorful to ignore. Where she’ll fit in the Disney+ menu going forward remains to be seen, but after literally breaking out of it, it’s hard to imagine what she (and they) can dream up for an encore.