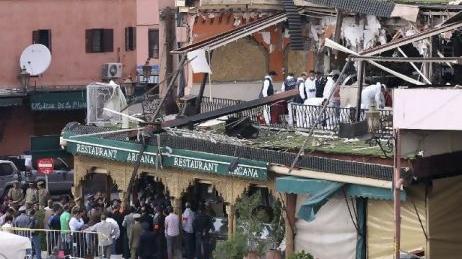 Six people have died and five others injured after a suicide bomb.

The suicide bomber, according to report,  blew himself up inside a busy restaurant close to Somalia’s National Police Headquarters in Mogadishu.

Al-Shabab militants have said they were behind the Mogadishu attack which struck during the midday rush hour on Tuesday.

The dead include the suicide bomber and two soldiers.

Huge clouds of smoke could be seen above the premises as ambulances tried to reach the site in the capital city’s Hamar Jajab district close to the port.

The attack comes after Somali’s military said it had captured three senior al-Shabab commanders in a military operation in the central province of Hiraan.

The Islamist militant group frequently carries out bombings in Mogadishu and elsewhere in Somalia as part of its campaign to topple the central government.