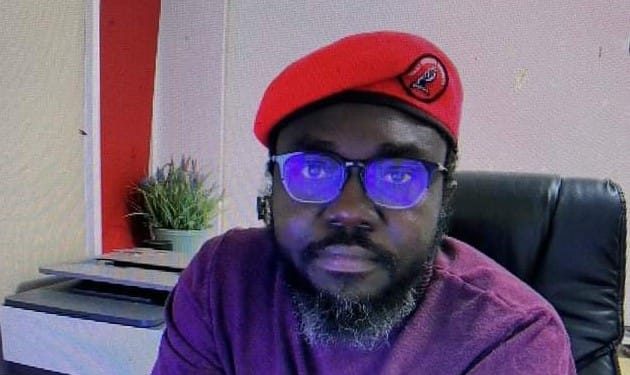 The Attorney-General has urged the Tema High Court to refuse a bail application filed by #FixTheCountry Movement convener Oliver Barker-Vormawor.

This affidavit in opposition contradicts what a deputy Attorney General Diana Asonaba Dapaah said at the Supreme Court earlier.

On 2 March, a panel of the apex court had asked the Deputy Attorney General if the Attorney General’s office was opposed to a bail application, should Mr Barker-Vormawor’s legal team decide to apply, to which she said no.

She said there would not be reasons to oppose bail if it was made in the right forum.

But on Thursday, 10 March, the Attorney General’s team informed the Tema High Court that they had filed an affidavit in opposition to the youth activist’s bail application.

Among other things, the affidavit filed in opposition to the bail application insists the social media firebrand has refused to cooperate with police investigations.

Here are the six reasons the Attorney General stated in the affidavit.

According to the Attorney General’s affidavit in opposition, evidence gathered so far by the police can sustain the charge of treason felony as proffered. It alleges that Mr Barker-Vormawor’s conduct revealed a systematic pattern on his part to incite his social media followers into accepting his endeavour to usurp the constitutional organs of government.

The sworn affidavit says the embattled #Fixthecountry convener has since 2021 been inciting social media followers to effect by unlawful means an overthrow of the constitutionally established organs of the Government of Ghana, which advocacy has since been started through a number of posts on his Facebook and Twitter social media accounts.

The Attorney General contends that Mr. Barker-Vormarwor has not been cooperating with the police. The affidavit claims that he has “blatantly refused to comply” with a 17 February 2022 District Court Order to give the police access to his phone by unlocking same to enable them conduct a search on the phone as part of the investigations.

Again, the affidavit claims that a search warrant was issued on 16 February 2022 “for a search to be conducted on the residences of the applicant, but he has failed to show the police any fixed place of abode within Ghana, thereby rendering it impossible for the search warrant to be executed.

Police investigations also show that Oliver Mawuse Barker-Vormawor has no fixed place of abode in Ghana, thus making him a flight risk. The Attorney General contends that Mr. Barker-Vormawor “is not likely to appear to stand trial if granted bail.”

The Attorney General consequently submitted before the court that investigations were yet to be concluded, and, contends that Oliver Mawuse Barker-Vormawor “by his conduct has shown that he will interfere or hamper investigations if granted bail.”

In the contention of the Attorney General, the applicant has not demonstrated that he has people of good character and sufficient means willing to stand as sureties for him.

In the full estimation of the Attorney-General, there has not been any unreasonable delay in putting the applicant before the court for trial. He also contends that the trial will begin as soon as investigations are completed.

The High Court in Tema has adjourned the bail application hearing to 14 March 2022.

The adjournment is to allow enough time for the defence team led by Dr Justice Srem Sai to study the affidavit in opposition to the bail request filed by the Attorney General.

The accused was arrested on 11 February by the Tema Regional Police Command following a post he allegedly made on social media to the effect that he would stage a coup himself if Parliament passed the controversial Electronic Levy (E-Levy) Bill.

Mr Barker-Vormawor has been charged with treason felony, but he pleaded not guilty.