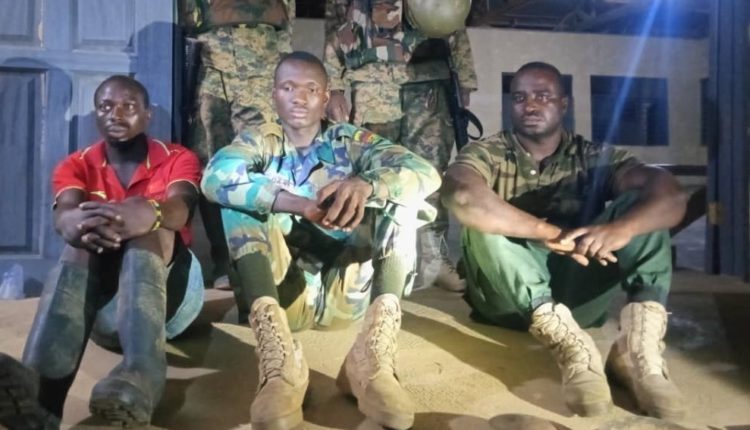 A soldier and two accomplices suspected to be posing as Operation Vanguard personnel have been arrested by the Eastern Forward Operation Base (FOB) of the National Anti-galamsey Task force.

The Soldier, Private Bawa Kobore of 5 Infantry Battalion, said to be on Rapid Deployment Force (RDF) duties at the Southern Command, Accra, was caught with an M16 assault rifle and fifteen rounds of 5.56 x 45mm NATO (bullets). 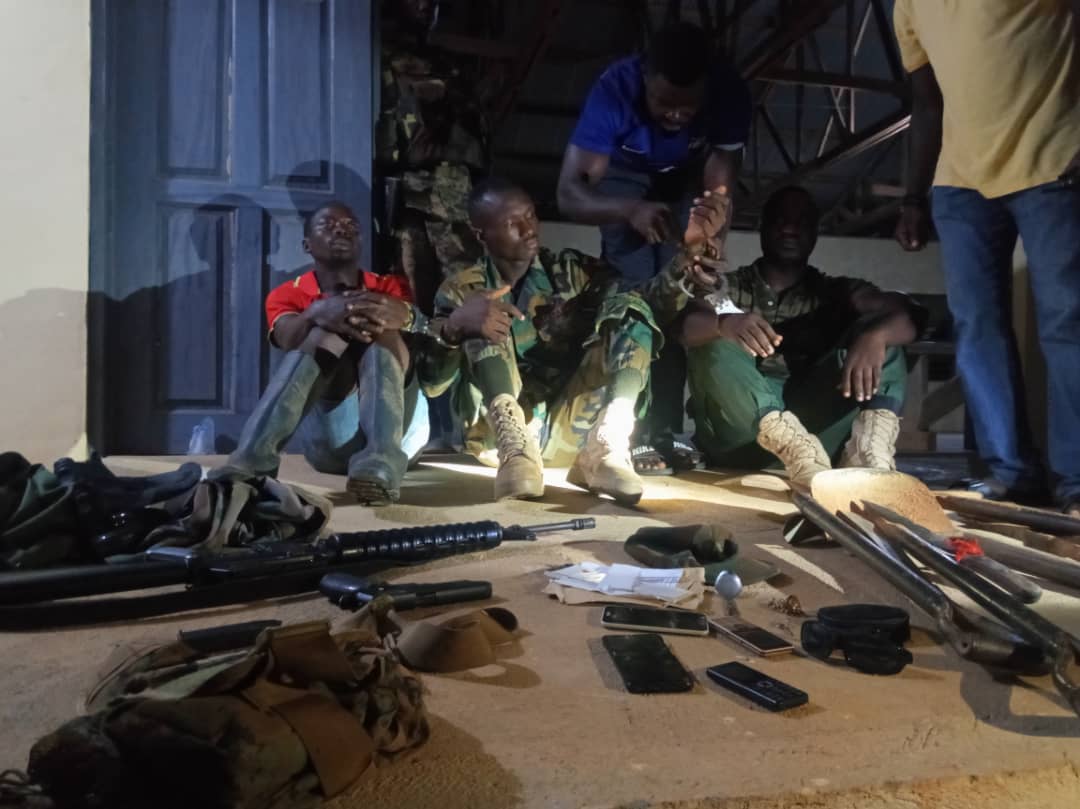 His accomplices are; Emmanuel Opoku from the Achimota Forestry Commission and Seth Tiboah a bookman from Sekyere.

They were picked up by the task force at Sekyere Atiwa West District of the Eastern region on Thursday, November 21, 2019.

The group is suspected to be part of a syndicate who constantly harass and extort monies from civilians. 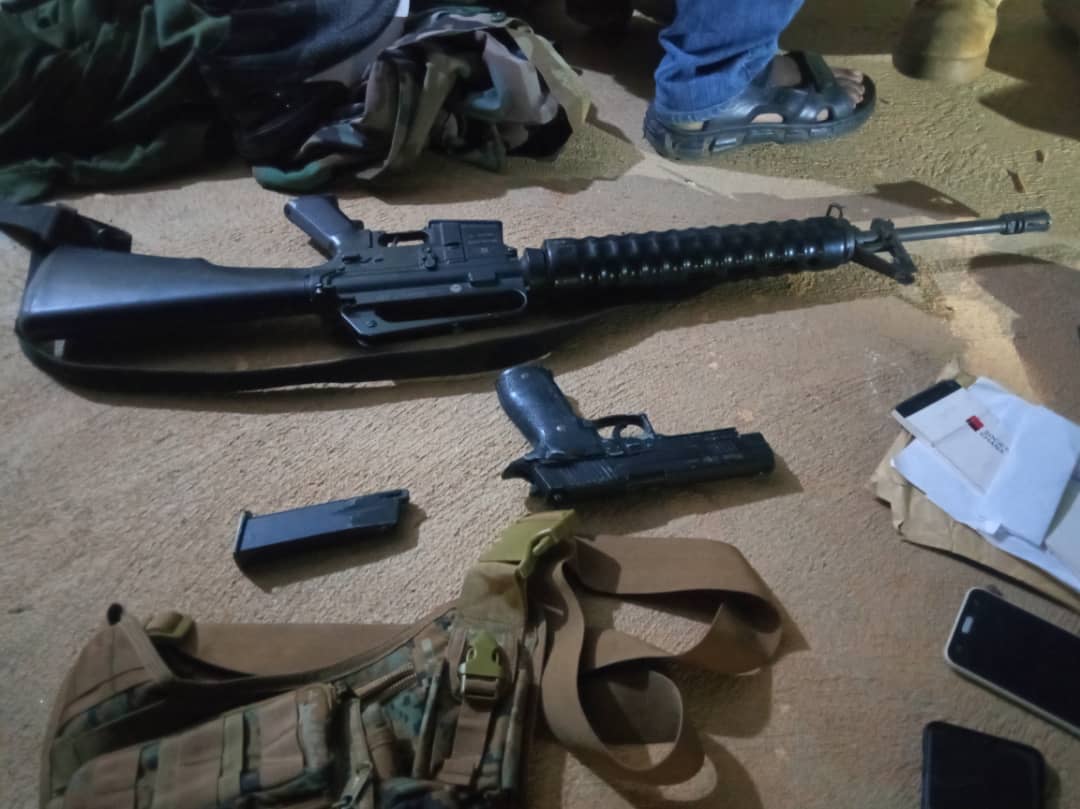 According to the Operation Vanguard, three other suspects including Private Baah Fredrick of 153 Armoured Recce Regiment, a Military Police personnel yet to be identified and a National Security personnel also yet to be identified, took to their heels before the patrol team got the scene.

The apprehended suspects are presently under investigation and would face the full rigors of the law if found culpable.

The operation was conducted under the command of Officer Commanding FOB East, Major JM Baluo.