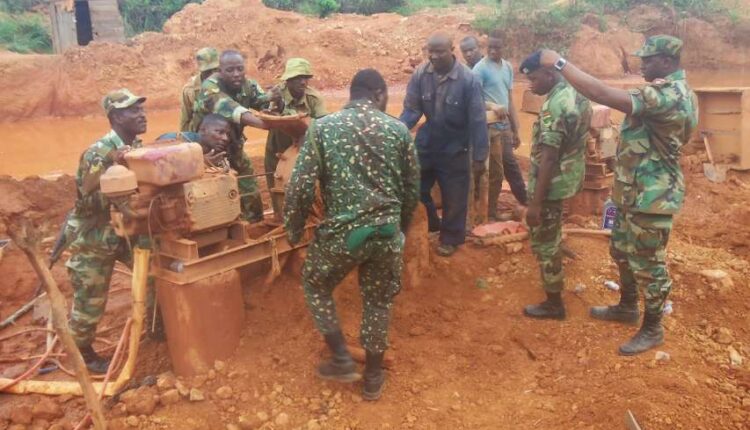 The Ghana Armed Forces (GAF) has debunked claims that some soldiers provide security for mining firms in forest reserves.

In a press statement, GAF said it “wishes to state categorically that there are no military personnel deployed for such activities and no soldier is providing security for any mining company in any forest reserve in any part of the country.”

The army said that a misleading report in a documentary aired on Joy News made the claims.

“In a video with some recycled content of past unsubstantiated allegations which have since gone viral, Mentiahene of Bekwai, Nana Kusi Frempong Kotobre, alleges that military personnel are providing security for an illegal mining firm operating in the Kobro Forest in Amansie Central,” the statement noted.

According to GAF, they have recently picked up several impersonators who have been misconstrued as GAF personnel.

“The military patrol team picked up some individuals dressed in US military pattern uniforms working for a private security firm, which has been contracted by a registered small-scale mining company named ‘Elvis and Co Mining Ltd’. These private security guards should not be misconstrued as GAF personnel because their camouflage pattern uniforms are even totally distinct from GAF.”

According to GAF, “it would be recalled that a few months back, personnel of the 4 Infantry Battalion rounded up some members of a District Assembly Taskforce wearing different shades of military camouflage uniforms, captured in a viral video manhandling some civilians in the Kwabre South District. Considering that they were dressed in military pattern camouflage uniforms, they were wrongly perceived as GAF personnel, thereby drawing GAF into disrepute.”

GAF says it remains resolute in the fight against illegal mining.

“Accordingly, GAF has revamped Operation Halt II in order to intensify its surgical operations to curb the destruction of the forest reserves and pollution of the river bodies.” 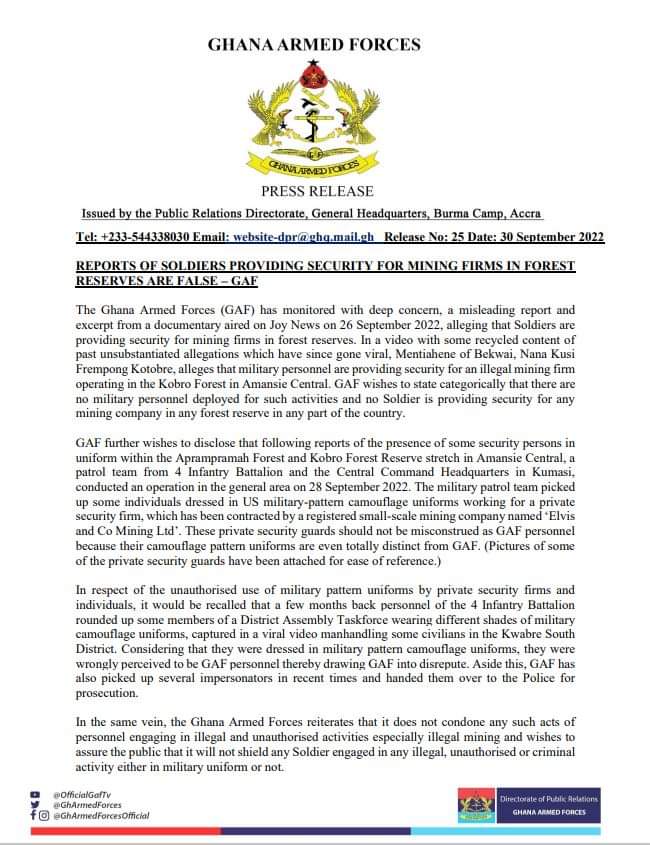 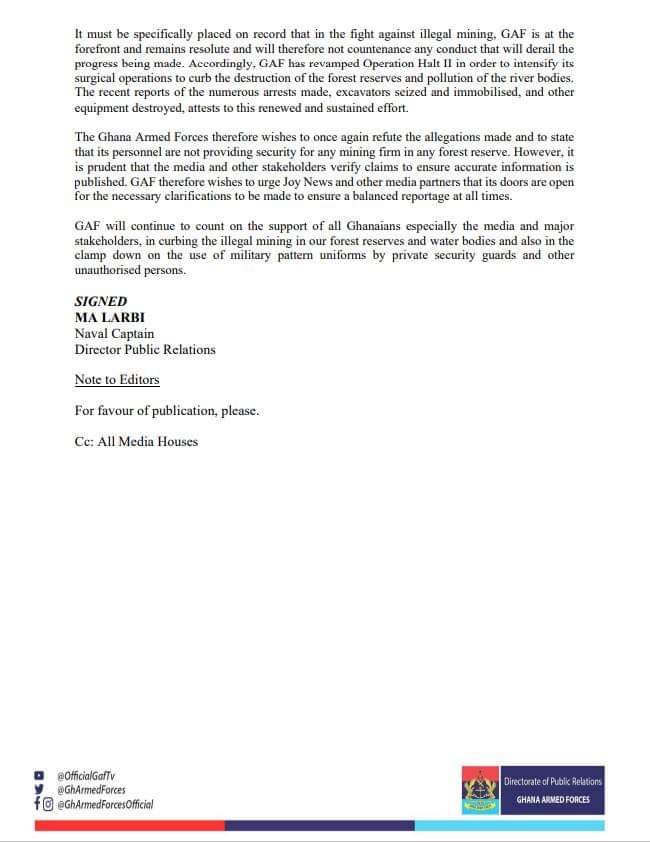