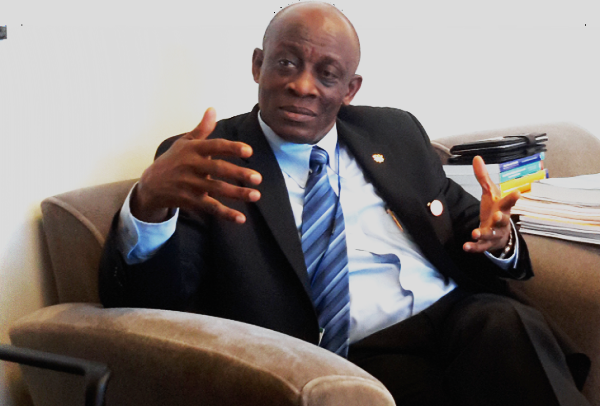 Former Finance Minister, Seth Terkper, has asked the government to engage experts in its engagement with the International Monetary Fund (IMF) for a bailout for Ghana.

Mr Terkper believes the government must not hesitate to solicit input from experts beyond the NPP to ensure a better deal for the country.

“If we really want to make this IMF issue strictly non-partisan, then I would suggest that the stalwarts on both sides be engaged on a national forum so that the brains come from all sides,” he suggested.

“Most of the discussions that we are making have already been touched upon by some academics. Let us engage them and get the experience on board to facilitate Ghana’s future. A national forum will give us the opportunity to come to a consensus that will better place us in discussing terms with the IMF,” he admonished in an interview with Asaase Radio on Monday, 4 July 2022.

Even though it had indicated that it wasn’t considering a programme from the Bretton Wood institution after atleast 16 bailouts from past administrations, the Akufo-Addo-led government has made a U-turn to engage the IMF for support.

Ghana’s economy is faced with high debt, low revenue, rising inflation, steep depreciation of the cedi against other major currencies, and a general rise in the cost of living attributed to external factors such as the Russia-Ukraine war and the COVID-19 pandemic.

But Mr Terpker believes the current predicament cannot be blamed solely on the two global factors.

He explained that the former NDC regime created a lot of robust structures which could have prevented the economy from getting into its current decline.

However, the former minister under the erstwhile John Mahama administration indicated that the current regime had run down these structures and buffers, leading to the country’s proposed return to the IMF.

“You can’t attribute everything to COVID. Ghana had oil. Ghana was using her oil. We were blessed. Whatever the oil was used for, they should explain and not be putting the blame on President Mahama. I’m here to defend that record because it’s there, and I’ve told you about the buffers and things in our plan.

Yes, I’m not in denial. COVID is severe. And it’s worst than the global financial crisis. That I admit”, he stated.

In his submissions, Mr Terkper further intimated that the lack of fiscal discipline on the part of the Akufo-Addo administration also accounts for the country’s decision to seek external aid from IMF.

In a related development, the introduction of the Electronic Transfer Levy (E-Levy) was one of the homegrown policies adopted by the government to save dwindling revenues but a leading member of the governing party Gabby Asare Otchere-Darko revealed a few days ago that it had not met the target.

Mr Terkper is not the only one to highlight the need for experts.

Former President Mahama had also indicated that skilled negotiators were needed to engage with the IMF.

“President Akufo-Addo must take a bold decision to replace his finance minister immediately with a more assured and competent person who is willing and able to work tirelessly to turn our almost hopeless situation around,” he said.