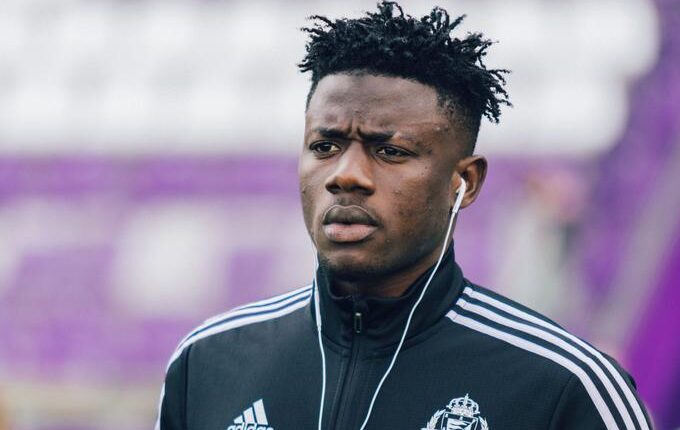 Ghanaian defender, Mohammed Salisu is among Southampton’s injury returnees as the club prepares for Thursday’s FA Cup clash with Wolves.

The centre-back has resumed training for the first time since sustaining an injury in December and is now well on course to make his Saints bow in the fifth round showdown at Molineux.

He joined the club in August last year but a series of injury challenges and lack of match fitness has delayed his debut for the English fold.

“With a long injury from Theo Walcott we need him [Takumi Minamino]. He showed immediately that he can score and help us in the number 10 position. I’m happy we have brought him in,” Hasenhuttl said in his team news on Tuesday ahead of Thursday’s fixture, his club’s official website has reported.

“We have Kyle Walker-Peters back and Mohammed Salisu now able to play.

“We still have five injured players but it’s getting better, the squad is getting bigger now and it’s giving me more opportunities.

“Jannik [Vestergaard] training one time and then playing a game is not perfect, not for the injury risk – coming back after long injuries is always dangerous.

“The more alternatives we have the more we can rotate in the next games and this is what we will have to do because the last thing we need is injuries. We must really take care of them.”

Southampton signed Salisu from Spanish outfit Real Valladolid, for whom he made 31 league appearances involving 30 starts.

After sealing his transfer in August, it took him one more month to link up with his new teammates in training ahead of the new season due to fitness concerns.

He made the matchday squad for Premier League action for the first time in December, going on to make seven total bench appearances for the side before sustaining another injury just before the New Year.

Should he remain fit, he could be drafted into Ghana’s squad for their 2021 Africa Cup of Nations qualifiers against South Africa and Sao Tome and Principe next month.