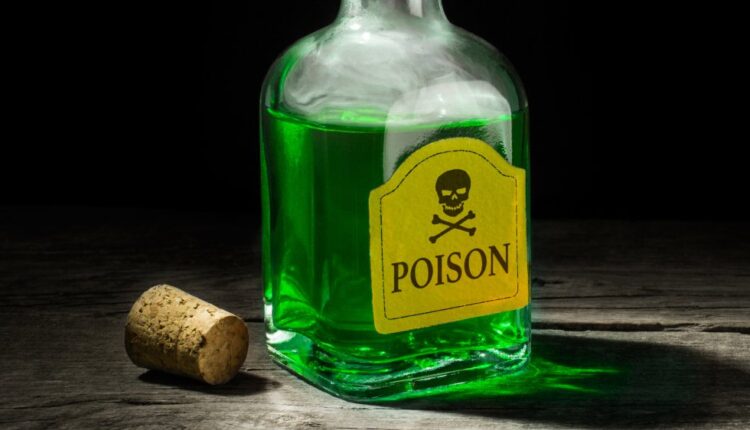 A 35-year-old spiritualist, Mallam Suleman Mumuni Tanko, popularly known as Malam TK, has been arrested by police for allegedly poisoning to death an accountant.

The deceased, 24-year-old Anita Walters, was allegedly poisoned in a hotel room by the suspect.

The deceased was an accountant at Power Hydraulic company in the Odupong Ofaakor Community, near Kasoa in the Central Region. She was being investigated by the company over alleged financial malfeasance.

Instead of offering explanations for her unbalanced sheet, she rather sought divine intervention.

She allegedly sought spiritual protection to cover up the rot.

The spiritualist, according to sources, asked the victim to bring the money stolen from the company and book a hotel room.

The hotel name must not be booked in her real name in order to perform some rituals for her, the spiritualist ordered.

The spiritualist allegedly mixed some poisonous concoction for the victim to drink which made her unconscious.

The spiritualist reportedly took away the $10,000 contained in the bag of the accountant and went into hiding.

According to the Kasoa Ofaakor District Police Commander, DSP Samuel Shedrack Amfoh, “Police had a complaint from a hotel in Ofankor that a lady is dead in one of their hotel rooms.”

“So immediately Police proceeded to the hotel and when the door was opened we found a lady of about 24 years who was in a deep unconscious condition so immediately rushed her to Kasoa Polyclinic through ambulance but the doctors on duty told us that the state of the victim is so serious so we should send her to the 37 Military Hospital. We sent her to 37 Military Hospital and the next day we were informed that she had passed on,” the District Commander explained.

He added, ” In our investigations, we had some taxi drivers whom the lady had been hiring for her rounds, so two of the taxi drivers informed us that the lady has been visiting a mallam in Cape Coast so Police limited our investigations to Cape Coast and with the aid of our CID officer, he informed us that he will gather intelligence at Cape coast. So the following day we went for him. The suspect says he is a spiritual father to the deceased”.

He said Police investigation revealed the deceased booked the hotel room with the name Sandra.

The suspect is being prepared to be arraigned with a provisional charge of murder.