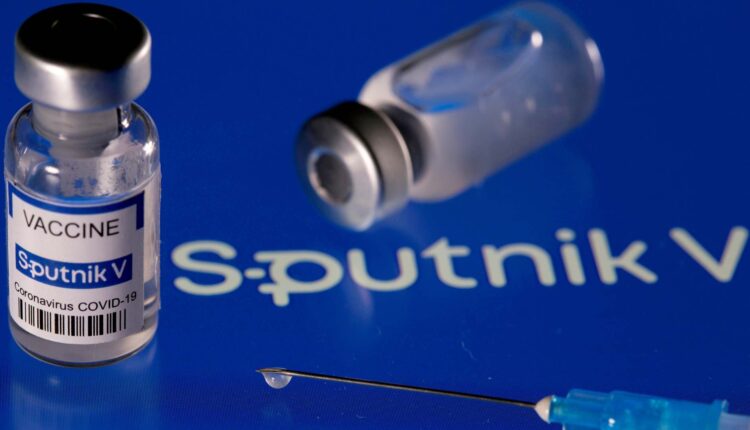 Sputnik V: Another deal to buy dose for $26 cited

According to a local report sighted by The Ghana Report, the Ministry of Health tried to raise $130 million through the Ministry of Finance to buy five million Sputnik V vaccines for the vaccination programme in Ghana.

This revelation comes on the back of pressure from the Minority in Parliament and anti-corruption campaigners over the purchase of 3.4 million doses of the same vaccine manufactured by the Russian Government.

The purchase had been done through an intermediary at a cost of $19 per dose instead of the factory price of $10.

In the latest report, Myjoyonline.com claims to have knowledge of a Health Ministry letter dated March 16, 2021, in which that outfit asked the Finance Ministry to support it to raise the $130 million to pay for COVID-19 vaccines.

This proposal was made with a certain S. L. Global Limited in mind as the intermediary between Ghana and the Russians. The government would purchase each dose at the cost of $26.

The Ghana Report cannot independently confirm if the proposal was agreed upon.

But critics of the purchase of the vaccines at the cost of $19 per dose have been very vocal about what some of them have termed a “rip-off. So far, Ghana has only received 20,000 of the 3.4 million doses.

A Research Fellow at the Centre for Democratic Development (CDD-Ghana) Dr Kwame Asiedu Sarpong, has also raised an alarm over the ability of the intermediary, Sheikh Ahmed Dalmook Al Maktoum of the United Arab Emirates (UAE), to deliver the vaccines on time.

According to Dr Sarpong, three planned delivery dates in March, April and May have already been missed. The research fellow also cited instances in Pakistan and Iran where the Sheikh and his partners could not deliver expected vaccines.

Providing further details, he said, “[t]he contract they had with Iran has been abrogated; the Pakistan contract is currently being investigated by Transparency International. We know of the issues in Jordan, so I still ask those critical questions about due diligence.”

“We know of the characters that are with the Sheikh (the lead intermediary for the Sputnik V vaccine for Ghana), we know one of them is an ex-convict in Norway and a fugitive of justice currently living in London,” Dr Sarpong told Joy FM.

“We know the other is also a fugitive of justice living in the United Arab Emirates (UAE) [so] what makes us think that these characters, having faulted in other countries, are going to deliver when it comes to Ghana?” he quizzed.

But the arrangements for the $26-per dose proposal was on its face, slightly different from the $19-per doe purchase.

According to the report, S.L. Global would deliver, “One million doses each month until the fifth month when the country would have had enough doses for inoculation.”

Furthermore, S. L. Global would not incur any liability resulting from the contract, including transportation, storage and other charges, which could likely add to the country’s cost.

An excerpt of the understanding between S.L. Global and the Ministry of Health reportedly read: “None of the seller or any of its connected persons shall be subjected to any liability under this agreement or otherwise for any lose [sic] suffered by the buyer or any person whatsoever, including patients, resulting to the use of the product.”

Meanwhile. the Minority has called for a bipartisan probe into the contract with the Sheikh and his partners, one of whom has been charged with money laundering in Norway, a Norwegian tabloid newspaper, Verdens Gang (VG) has noted.

The tabloid has also described the middleman as an Emirati official who was involved in the controversial Ameri power deal.

Earlier, the World Health Organisation (WHO) had advised Ghana to delve into the background of intermediaries it engaged to assist with the supply of COVID-19 vaccines.

Responding to this in an interview on Joy FM, Mr Kwabena Boadu Oku-Afari, the Chief Director at the Ministry of Health, said the government was much concerned with procuring vaccines to save lives.

“You need the thing, the person has it, and you will say that the price is okay giving the market conditions. We did the due diligence, and we knew that the person was a businessperson who is selling. As for other things about the person, I cannot tell,” he said.