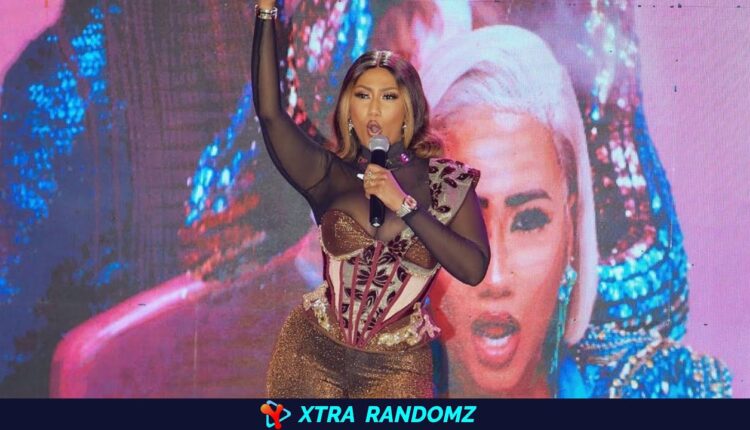 Budding musician, Mona 4 Real, is being trolled on social media for a poor stage craft at the just ended Bhim Concert.

The Bhim concert is an annual event, organised and headlined by Dancehall artiste Stonebwoy.

The concert has been suspended last year due to coronavirus but despite the new Omicron variant, the 5th edition of the Bhim Concert was well attended.

While most of the performances were enjoyed by the crowd, Mona4Reall’s performance attracted negative reviews from some witnesses and social media users.

The duo opted for a live band performance, which didn’t favour Mona4Reall. Her vocals came out raw and lacked energy and character on stage, and the only time she wowed the crowd was when she twerked.

Immediately her performance video made its way through social media; she was heavily criticised for delivering a poor performance on the night.

“You guys has been using auto tune for her saa.. now you see wetin you kos,” eclippxwan_music added his voice.

Another user ‘ghanabaghost’ commented: “Like the guy at my shs who used to ring the bell for break time ‘kring kring break time please,’ but body no tai mu mom. Ok i dey go bed na ma no ha me.”

“Charley her performance die33 nonono, na what happen to her voice,” ‘fingerzgh’ added.