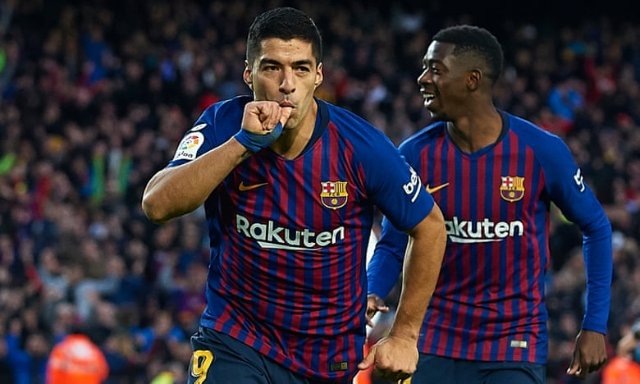 Barcelona forward Luis Suarez scored a hat-trick as his side thrashed arch-rivals Real Madrid 5-1 on Sunday in a highly entertaining ‘Clasico’ which surely will signal the end of hapless coach Julen Lopetegui’s spell in charge of Real.

Barca’s Philippe Coutinho opened the scoring in the 11th minute following a slick team move and Suarez doubled their advantage on the half-hour mark by converting a penalty awarded after consultation with the video assistant referee (VAR).

Real had looked lifeless in the first half but produced a courageous display after the break following a tactical switch from Lopetegui. They deservedly pulled a goal back through Marcelo and came close to grabbing an equaliser as Luka Modric struck the post and Sergio Ramos headed narrowly over.

Barca reasserted their authority and ran riot in the final 15 minutes with two more goals from Suarez, while a header from substitute Arturo Vidal further twisted the knife into Real, who have lost their last three league games and are seven points behind Barca in the La Liga standings in ninth position.