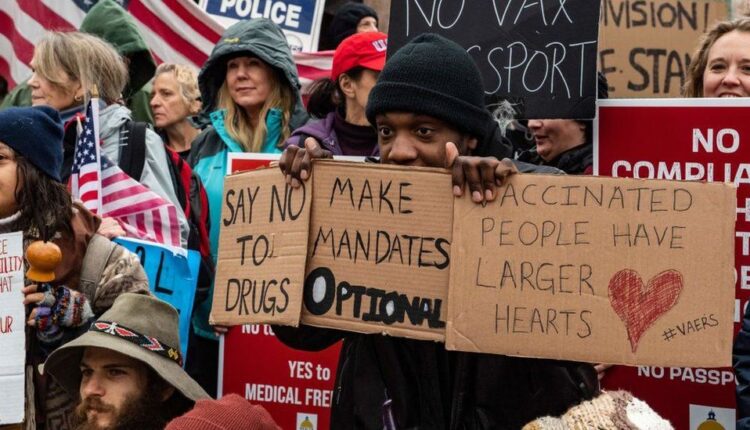 The US Supreme Court has blocked President Joe Biden’s rule requiring workers at large companies to be vaccinated or masked and tested weekly.

The justices at the nation’s highest court said the mandate exceeded the Biden administration’s authority.

Separately they ruled that a more limited vaccine mandate could stand for staff at government-funded healthcare facilities.

The administration said the mandates would help fight the pandemic.

President Biden, whose approval rating has been sagging, expressed disappointment with the decision “to block common-sense life-saving requirements for employees”.

He added: “I call on business leaders to immediately join those who have already stepped up – including one third of Fortune 100 companies – and institute vaccination requirements to protect their workers, customers, and communities.”

“We are proud of the Supreme Court for not backing down,” he said in a statement. “No mandates!”

The administration’s workplace vaccine mandate would have required workers to receive a Covid-19 shot, or be masked and tested weekly at their own expense.

It would have applied to workplaces with at least 100 employees and affected some 84 million workers. It was designed to be enforced by employers.

Opponents, including several Republican states and some business groups, said the administration was over-stepping its power with the requirements, which were introduced in November and immediately drew legal challenges.