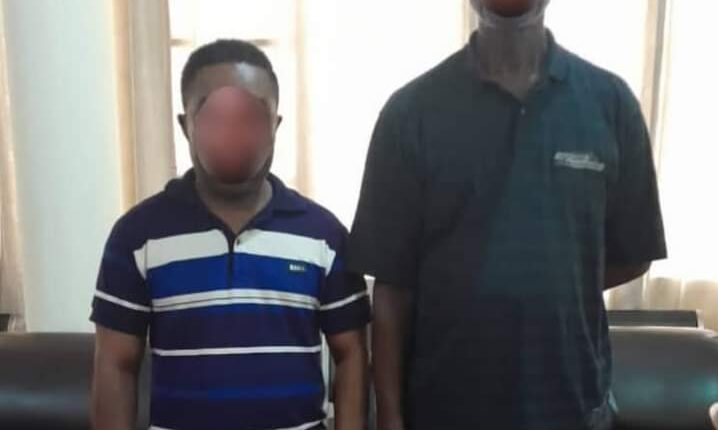 Two suspects involved in the murder of a student nurse at Mankessim in the Central Region have admitted to killing the victim for ritual purposes.

The police said the two confessed to “murdering the victim for money rituals.”

“During police interrogation, suspect Michael Darko, who is the alleged boyfriend of the senior sister of the deceased victim and was last seen with her, led police to the location where they had buried her after the murder.”

The body has since been exhumed and deposited at the Cape Coast Teaching Hospital morgue for preservation and autopsy.

Meanwhile, the two accused persons were hauled before the District Court II in Cape Coast to respond to their crime on 22 September 2022.

They were remanded in police custody by the Cape Coast Court to reappear on 4 October 2022. 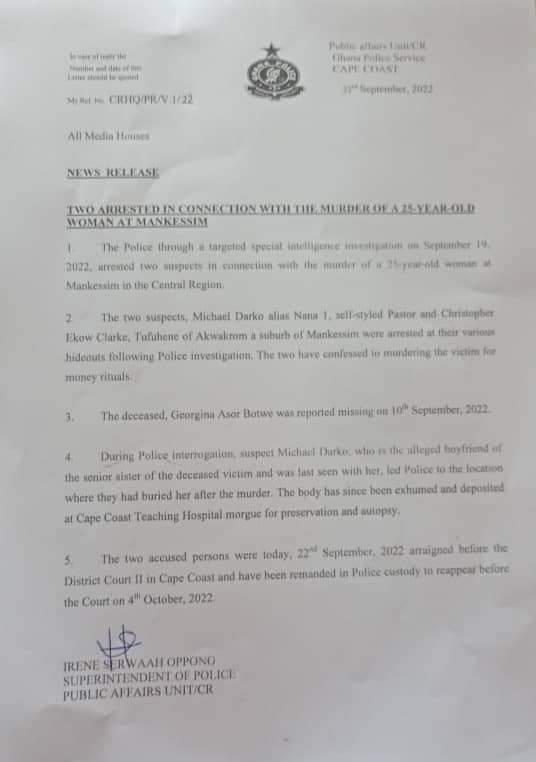 On 9 September 2022, the accused persons picked the victim up in a Taxi at the Ankaful Hospital Pedu junction in Cape Coast.

Meanwhile, news that the deceased had been missing for three weeks began to spread in the Mankessim after she failed to return home after the interview.

Following this notice, a friend of the deceased raised an alarm about Georgina meeting with her sister’s boyfriend.

Shortly after the tip-off, the pastor was arrested in Cape Coast and admitted to the crime.