A driver and a passenger have lost their lives after a cocoa container truck fell on the vehicle they were in.

The incident happened on the Vodafone highway in Takoradi.

The 40-footer container fell on a Daewoo Matiz with registration number WR 1049-19. 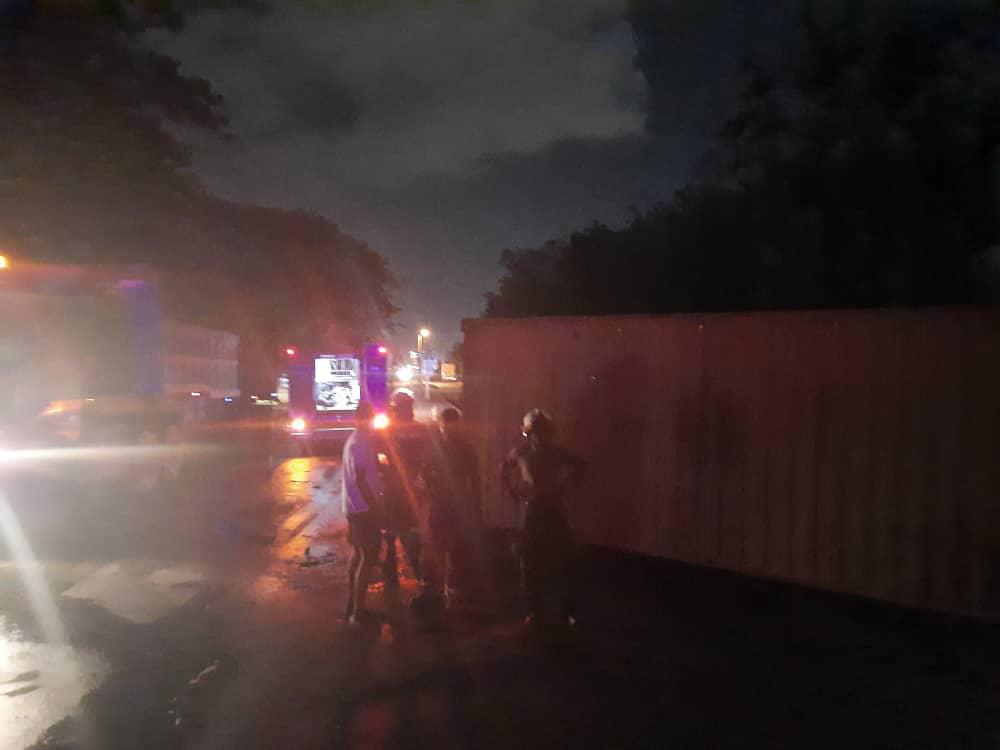 The truck was carrying cocoa and was heading towards the Takoradi Habour for export but the container came off the truck which fell on the two occupants in the Daewoo Matiz on the highway.

“At 9:20pm, Eric Pamford Peters, aged 30, now deceased, was in a Daewoo Matiz private car with registration number WR 1049 – 19. He was driving from Paa Grant roundabout towards Kwame Nkrumah roundabout with one Ama Amponsah, aged 27, now deceased, on board.”

“On reaching the Vodafone intersection, a Daf articulator with registration number GT 5953 – 20 also from the opposite direction, driven by Adu Emmanuel Kweku, aged 32 with a 40 footer container loaded with cocoa veered off his lane and climbed the median to the lane of the Matiz. 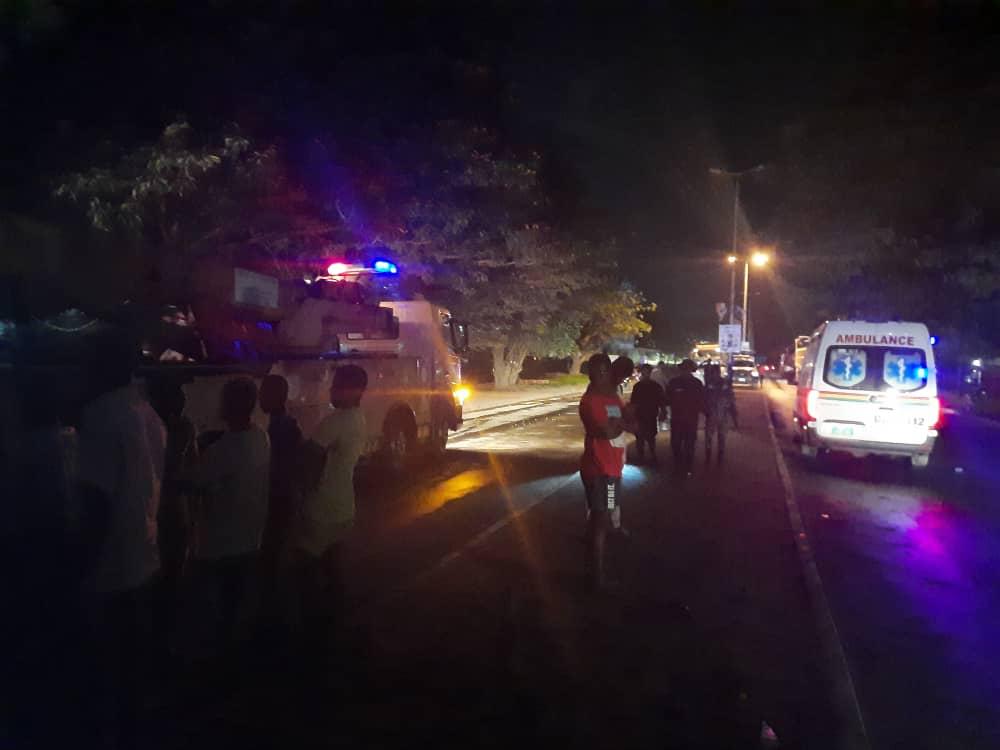 He added that “the container detached from the truck and fell on the Matiz crushing it. Those in the Matiz were trapped in the car but with the help of Fire Service and Road safety recovery truck, they were removed and bodies deposited at Effia Nkwanta Government hospital morgue pending autopsy”.

Chief Superintendent Richard Appiah said the vehicles have since been towed to the Regional Police MTTD yard in Sekondi pending testing, and suspect driver Emmanuel Kweku arrested and in police custody. 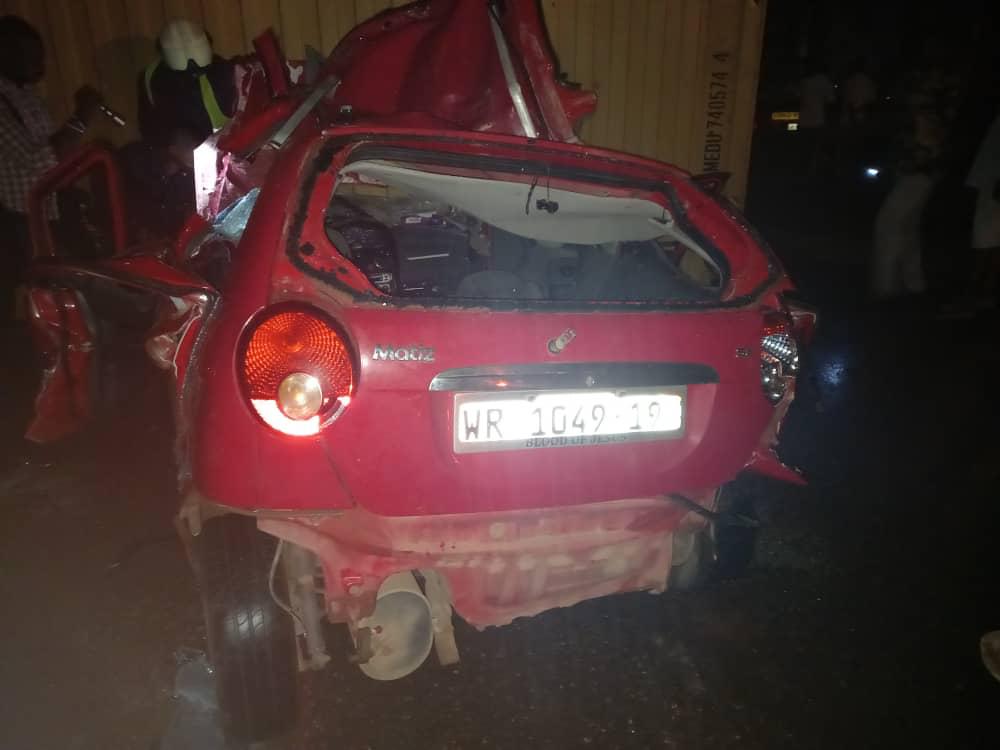 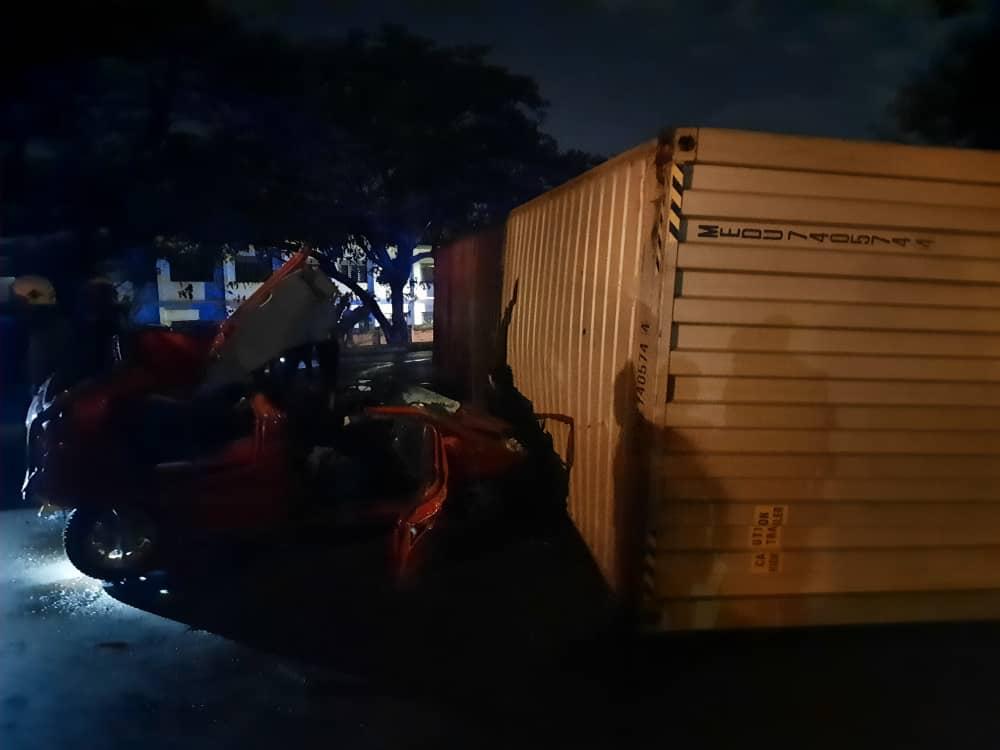 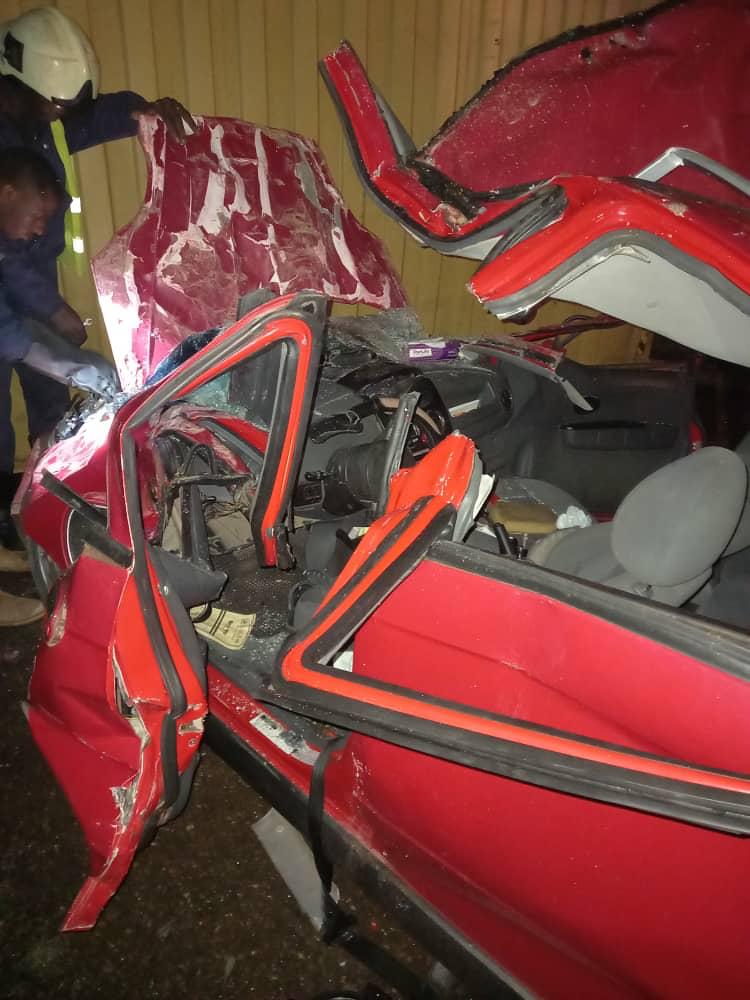