Tertiary Education In Ghana Is Heading Towards Danger – NUGS

The National Union of Ghana Students (NUGS) has expressed worry over the failure of the Ministry of Education to resolve issues with the various striking unions in Ghana’s educational sector.

According to NUGS, tertiary education in Ghana has almost been halted due to the numerous strike actions by teachers and other workers in the sector.

In a press release, the NUGS President, Dennis Appiah Larbi-Ampofo, said, “The continuous inability of the Ministry of Education to resolve the issues with the striking unions is fueling growing unrest and frustration of students and the entire Education System.

“Currently, there are five educational workers unions across all the public universities and all colleges of education who are on strike.”

It added: “The consequence of these mass strikes is devastating, with major academic and administrative activities such as teaching, marking, transcript release, admission processes, and graduation processes affected.”

Read the full statement from NUGS. 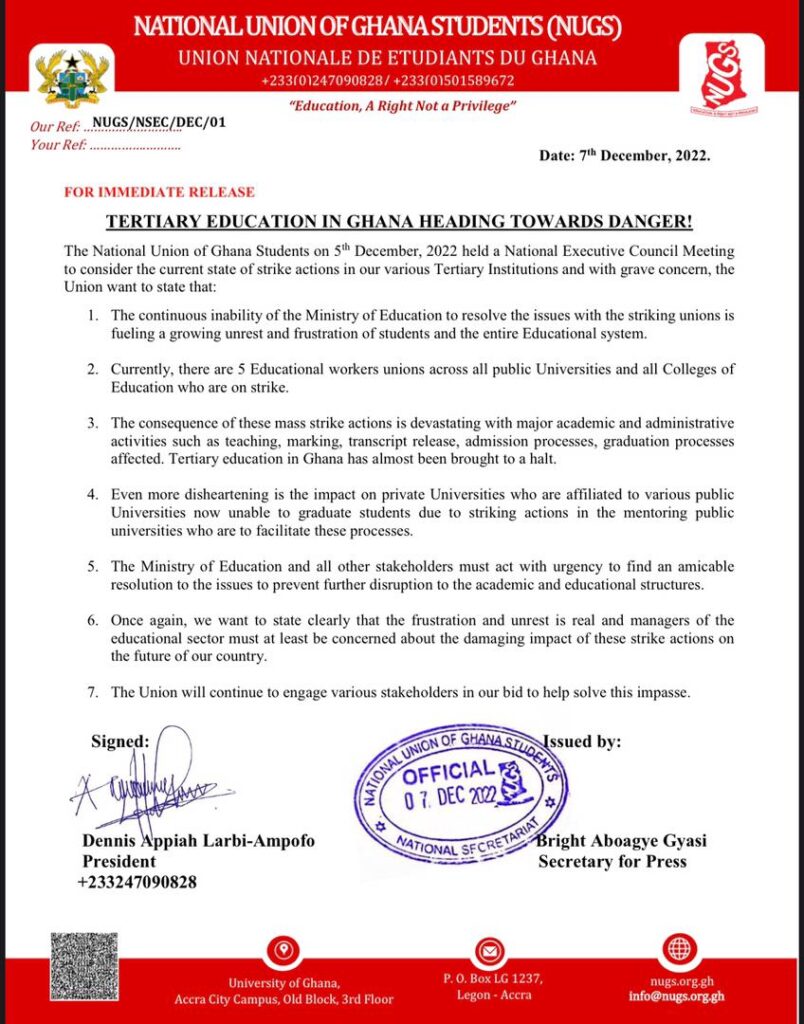 The unions intimated that the government had failed to honour the payment terms for their fuel, vehicle maintenance and off-campus allowances.

Instead, it had formed a 10-member committee to address only the off-campus allowance.

According to them, all attempts to resolve the impasse have proven futile, including the intervention of the National Labour Council (NLC).

Hence, the union leaders urged their members to stay home until further notice.