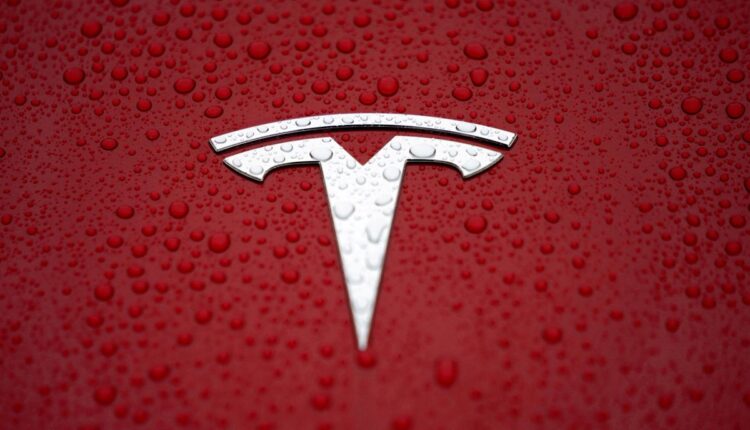 Tesla shares rose in early trading on Thursday after filings revealed Chief Executive Officer Elon Musk had sold about $5 billion of the stock over the past few days, following his much-hyped Twitter poll.

The electric-car maker’s shares climbed 3% to $1,096.13, recouping some of the heavy losses suffered earlier in the week.

The share sale was his first since 2016 and comes after his weekend poll of Twitter users about offloading 10% of his Tesla stake, which comprises most of his estimated $281 billion fortune.

“The reason that we’re seeing stock rebound is because there does seem to be a method in his madness,” AJ Bell analyst Danni Hewson said.

“It’s about making sure that the market understands this isn’t something done on a whim, or because his Twitter followers told him he should. He’s had his decision already made, rubber stamped.”

Filings showed Musk’s trust sold nearly 3.6 million shares in Tesla, worth around $4 billion, while he also sold another 934,000 shares for $1.1 billion to cover tax obligations after exercising options to acquire nearly 2.2 million shares.

The sale equates to about 3% of Musk’s total holdings. The options-related part of the sale was put in place in September, much before his Twitter poll.

Before the sale, Musk owned a 23% stake in Tesla, including stock options. He also owns other companies including SpaceX.

Musk’s move to sell his Tesla shares comes at a time when Washington proposes to tax the stockholdings of billionaires to help finance President Joe Biden’s social spending plan.

“Elon Musk doesn’t take a salary, he’s paid in big chunks of stock. At some point in time you have to take some of that concentration down,” said Art Hogan, chief market strategist at National Securities in New York.

“This is not novel. It just gets more attention because it’s such a high market-cap type, attention grabbing kind of company.”

Tesla did not respond to a request for comment.

While Tesla has lost more in market value than the combined market capitalisation of Ford Motor Co and General Motors this week, retail investors have been net buyers, making net purchases of $157 million on Monday and Tuesday, according to Vanda Research.

Shares of Rivian jumped about 11%, a day after a stellar market debut that sent the company’s valuation over $100 billion. Lucid Group advanced 4%.

“Now that Tesla has got a first mover advantage, the EV neighborhood is going to get very crowded in the coming quarters,” Hogan said.

Four former and current Tesla board members, including Musk’s brother Kimbal Musk, have filed to sell nearly $1 billion worth of shares since Tesla’s market value surpassed $1 trillion late last month, according to filings and market data.

The company’s share price has made staggering gains over recent years and has epitomized the ebullient mood in U.S. markets and the optimism of small-time traders who have helped drive it up 51% this year and 1,300% from 2020 lows.

Amazon.com Inc founder Jeff Bezos has also been routinely cashing in on his huge stockholding in the online retailer, raising nearly $1 billion each year to fund his rocket company, Blue Origin.