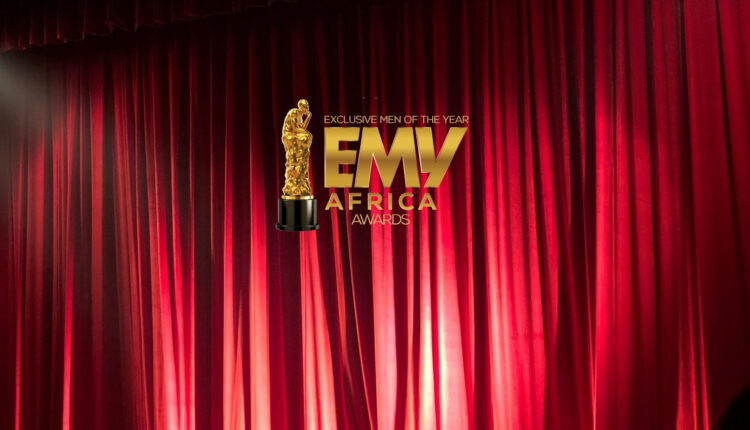 The Exclusive Men Of The Year (EMY) Africa Awards is a ceremony that is organised every year to honour or appreciate men and women in Africa who have impacted their societies positively and are continuing to bring change in all spheres in their various countries.

This year’s edition which was held at the Accra International Conference Centre (AICC) on Saturday, October 1, 2022, was the 7th edition since the honorary and competitive awards began.

Most of the awardees are unfamiliar to Ghanaians and people keep wondering why the surprises this year. It is good to know that all the awardees are people from Africa who have really impacted lives positively. 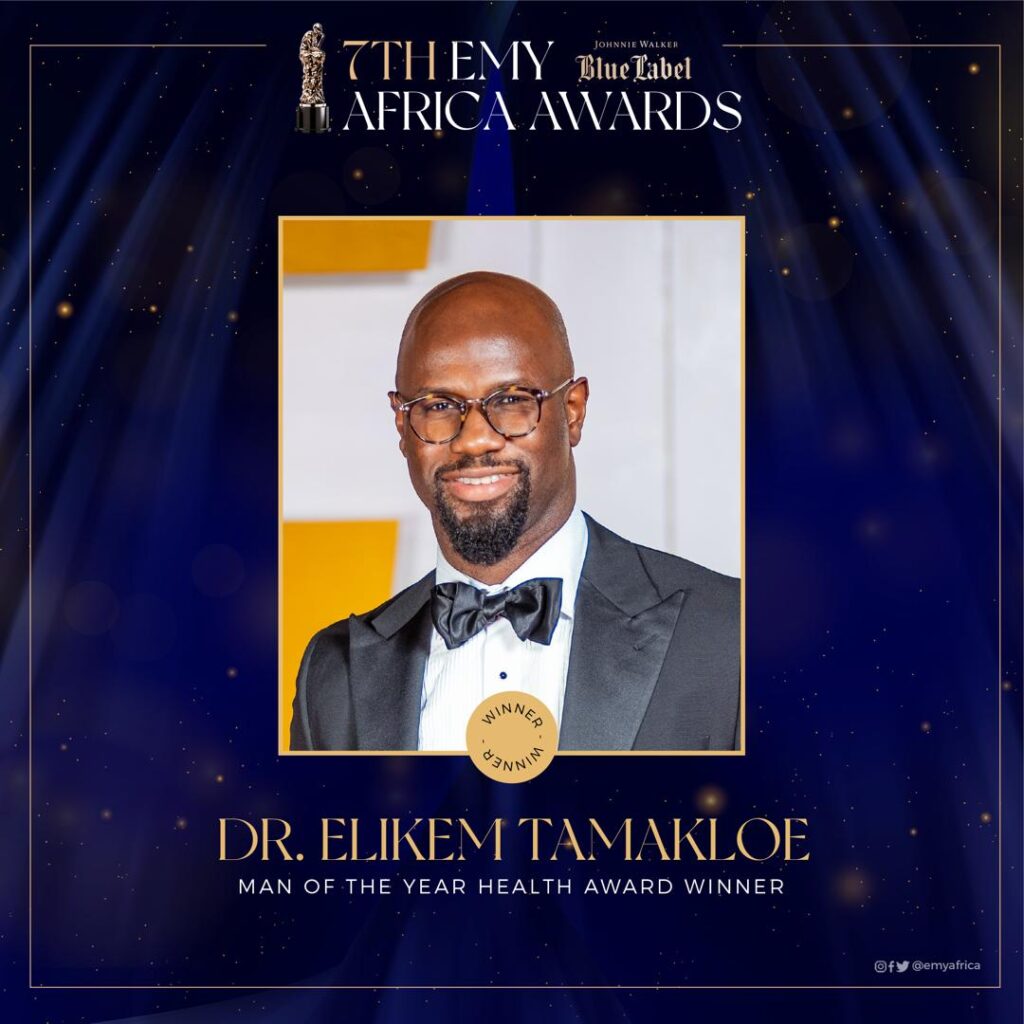 Dr. Elikem Tamakloe is the current Managing Director of Nyaho Medical Centre, a leading healthcare provider in Ghana and the first private Group Medical Practice in the country.

During the Covid’19, through the managerial skills of Dr. Tamakloe, Nyaho Medical Centre was able to help the nation fight to some extent the deadly Coronavirus. It was announced on most media platforms that Dr. Tamakloe at a point in time was affected by the Covid’19 disease. This did not discourage him but continued to fight for the health of others.

Dr. Elikem Tamakloe with his knowledge in digital transformation has been able to instigate some digital changes at the medical centre since he assumed the role as Managing Director in 2015.

In the year 2018, Dr. Elikem Tamakloe was named among one of the finalists in the category of “Young Business Leader” at the 8th All Africa Business Leaders Awards held in Johannesburg, South Africa on November 29.

This prestigious honour not only brought glory to the management and staff of Nyaho Medical Centre but to the entire Ghana. Dr Elikem is an icon and deserved the honour that was bestowed on him at the 7th edition of the EMY’s award as the Man Of The Year in the Health Category. 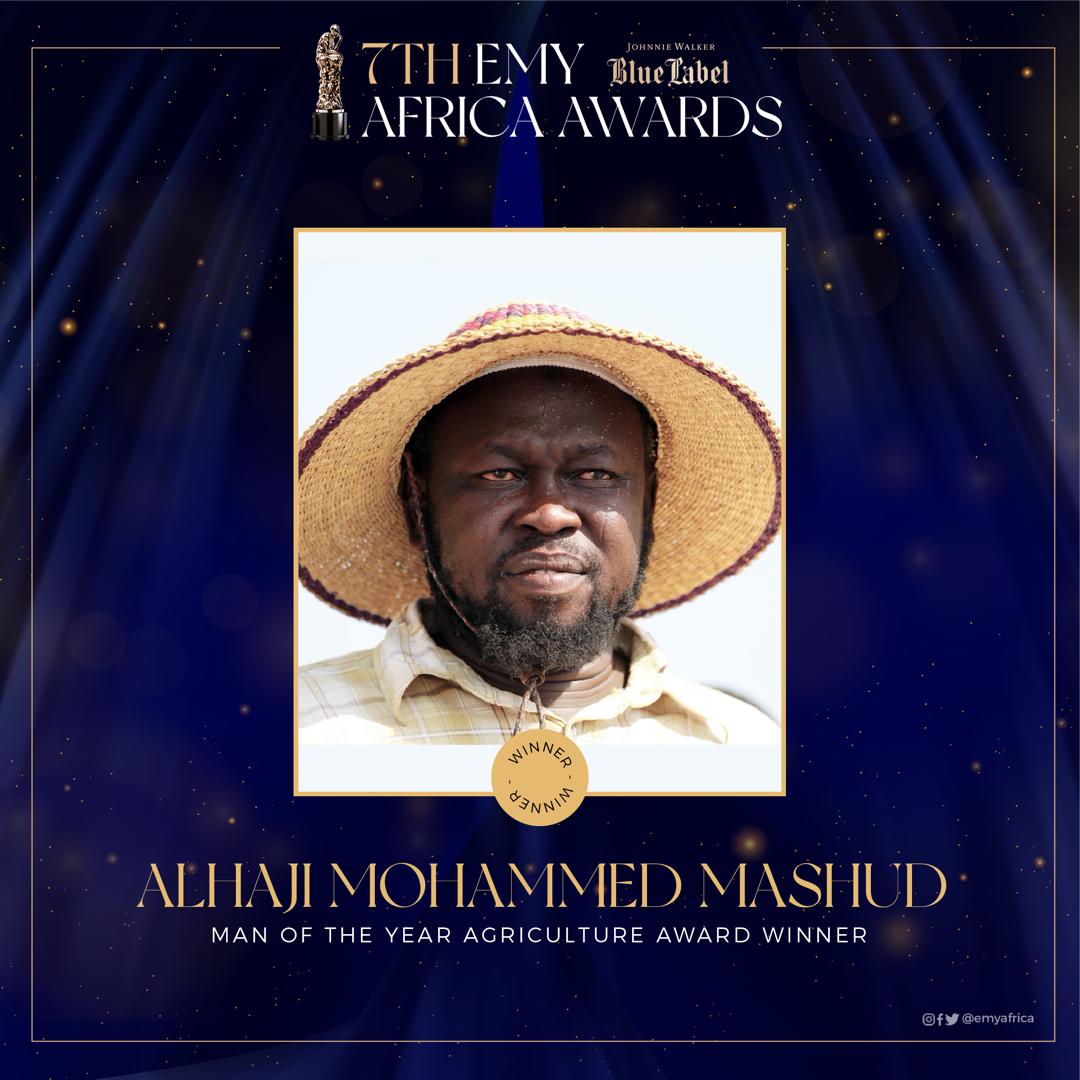 Humble and hardworking 45-year-old Alhaji Mashud Mohammed from the Mion District of the Northern Region has been crowned the Man Of The Year Winner In Agriculture at the 7th edition of the 2022 EMY’s Award.

Mohammed had since that honour continued to work tediously to sustain Ghana’s economy. He has employed many youth and adults on his farms and that has helped to reduce unemployment in the Mion District in the Northern Region.

Below are imageries as at the year 2021 the kind of agricultural products Mohammed  has as a farmer. 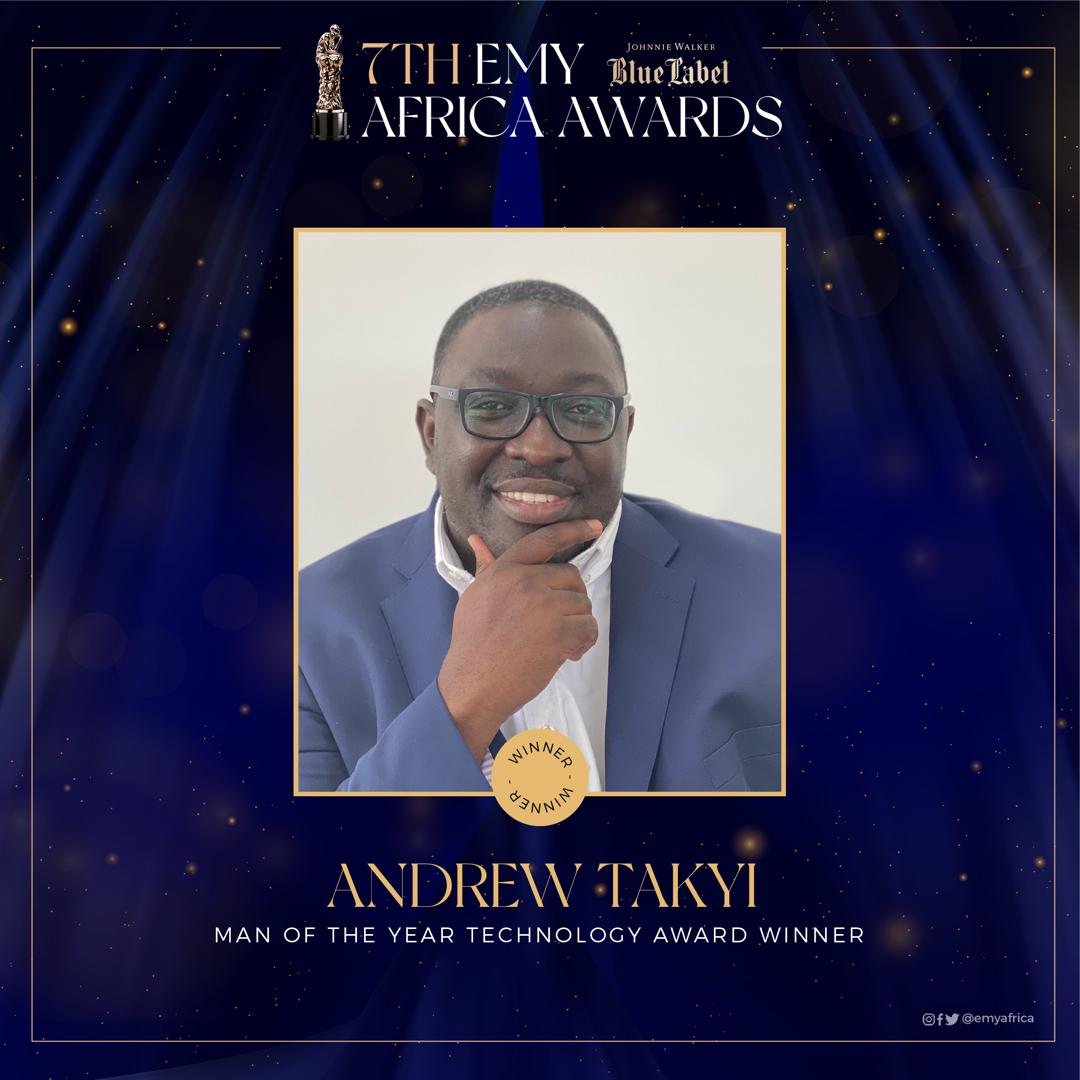 He was honoured as the Man of The Year Technology Award Winner in the 7th edition of the EMY’s Award at the  Accra International Conference Centre (AICC) on Saturday, October 1, 2022.

Mr. Andrew Takyi-Appiah, the Managing Director (MD) of Zeepay, in this same year had been named Africa’s Fintech Leader of the Year by Business Insider Africa. 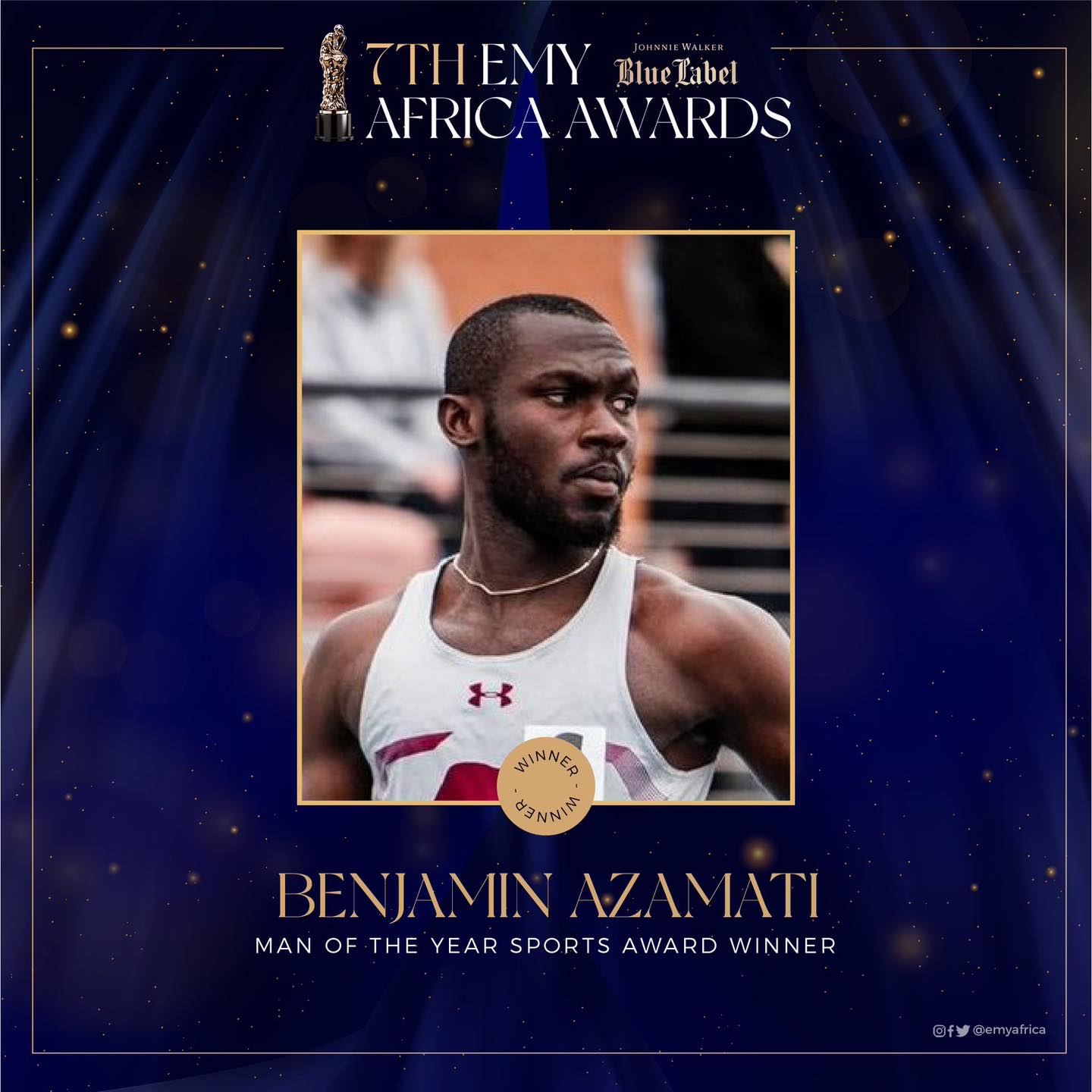 Benjamin Azamati, a young Ghanaian fastest sprinter was adjudged the Man of The Year in Sport at the 7th edition of the EMY’s Award. The role of Benjamin in sports as the 100 metres record holder has brought honour to Ghanaians.

Most males and females who like sports may be familiar with the name but it is good to know that when it comes to athletics, Benjamin is a champion.

In 2022, he qualified to represent Ghana at the Commonwealth games held in Birmingham, England. He always tries his best to make Ghana proud.

In 2019 at the West Texas A&M University, USA, Benjamin won two prestigious awards during the 4 by 100 metres marathon. There are other awards to his credit that put together, have raised the flag of Ghana high. 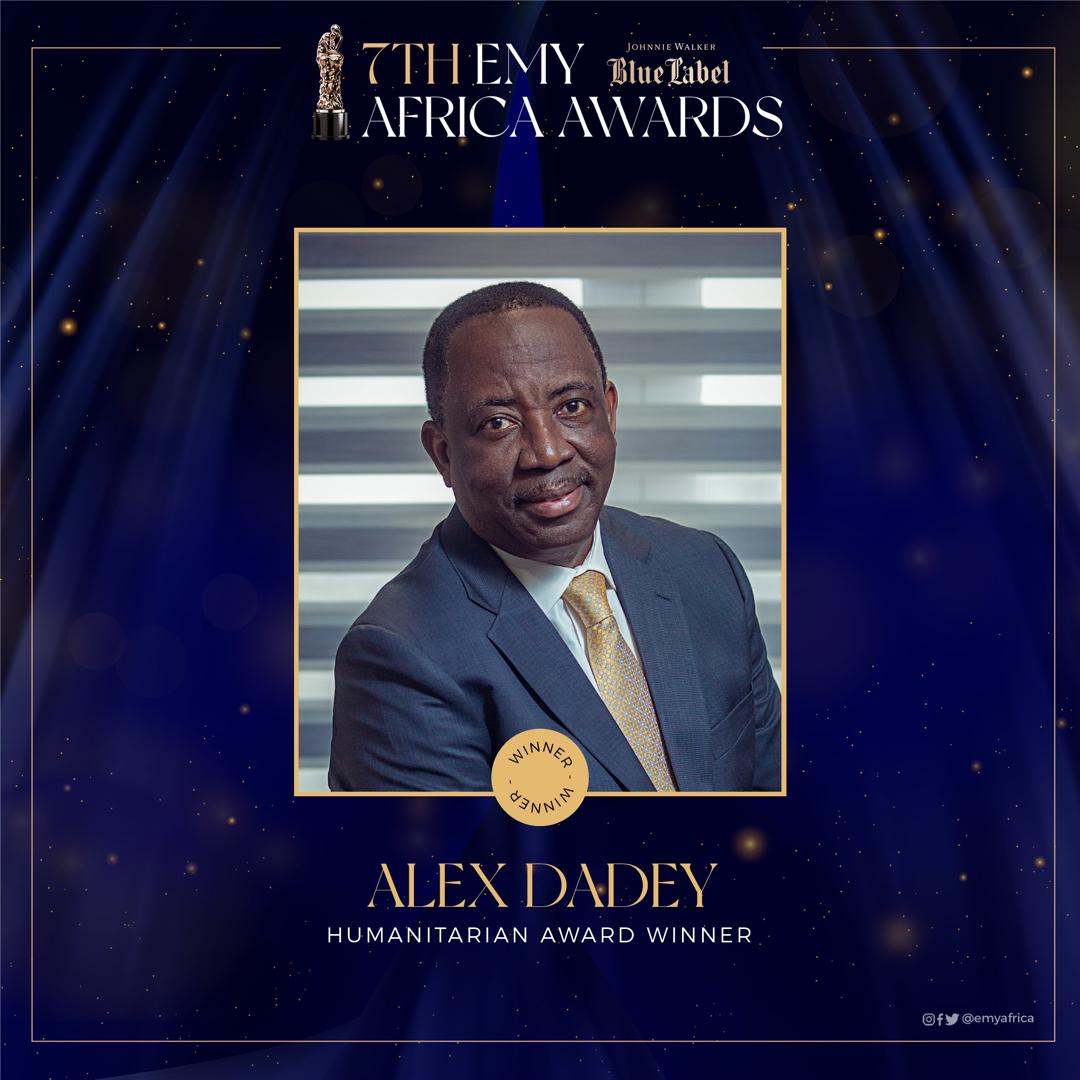 Mr. Alex Dadey was the winner of the Humanitarian category at the recently held 7th edition of the EMY’s Award. The activities of Mr. Dadey towards improving the lives of others especially the needy and making impact in the nation as a whole has been recognised nationwide.

Mr. Alex Dadey is the Chief Executive Officer (CEO) of KGL Group and the Board Chairman of Ghana Investment Promotion Centre (GIPC). He has a foundation that meets the needs of people who are needy.

In the year 2021, Mr. Alex Dadey won the Group CEO of the Year Award during the Ghana CEO Excellence Award. 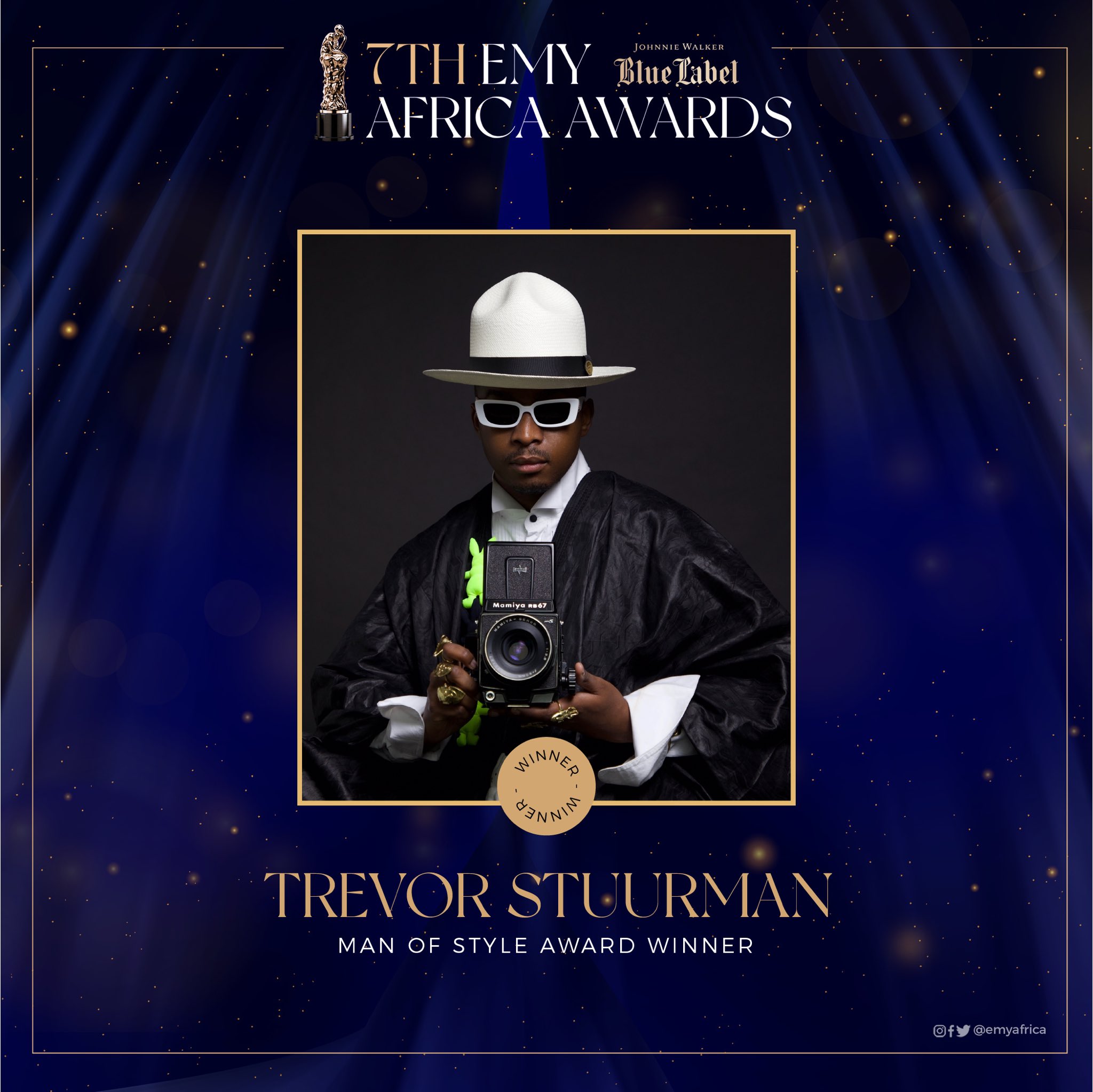 Trevor Stuurman is a young visual artist and a stylist from South Africa who through his God-gifted and learned talents won many awards.

At the EMY’s awards night, Trevor Stuurman was crowned the Man Of Style Award Winner due to his fashionista style of dressing.

Stuurman through his creativity and hard work has won international awards such as The Magazine Next Generation Leader in 2021 and was listed in Forbes 30 under 30 top creatives in Africa.

His creative works can be seen on Instagram, film, art galleries, and acclaimed catalogues in fashion and art publications from Vogue to residencies such as Always Welcome Store. He has made Africa proud through his creative skills.

He is a man of fashion so the award conferred on him was not a surprise to many.

He is impacting his audience positively. 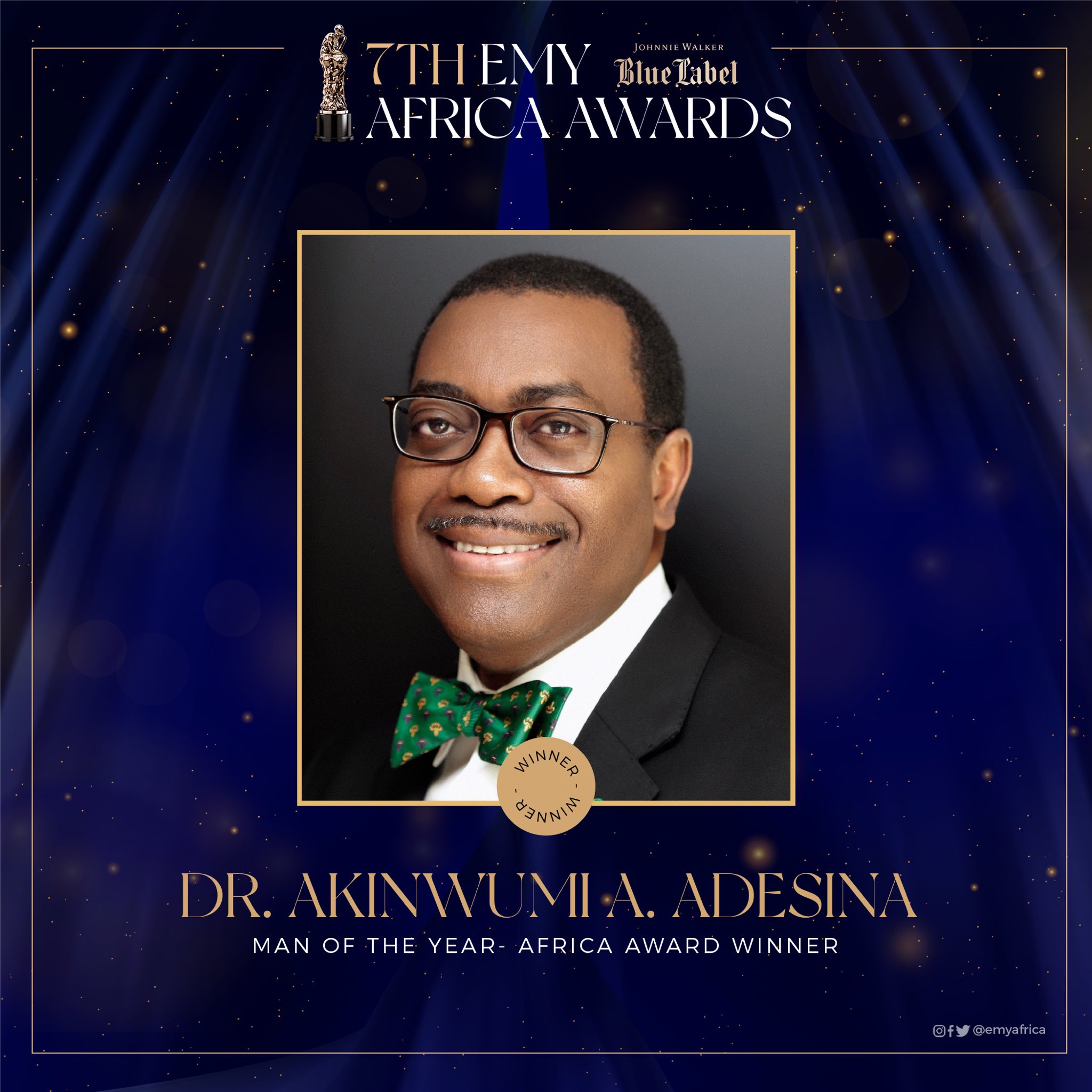 Dr. Akinwumi A. Adesina is a Nigerian economist who is very passionate about farming and was named Forbes African Man of the Year for his reforms within Nigeria’s agricultural sector in 2013.

Dr. Adesina who was the Man Of The Year- Africa Award Winner is currently the president of the African Development Bank. He has really contributed towards improving Africa’s economy and beyond.

Before becoming the president of the African Development Bank, Dr. Adesina was the Minister of Agriculture and Rural Development in Nigeria.

His contribution towards Africa and humanity has made him gain recognition in Africa and beyond and that was why he was honoured at the 7th edition of the  EMY’s Awards.