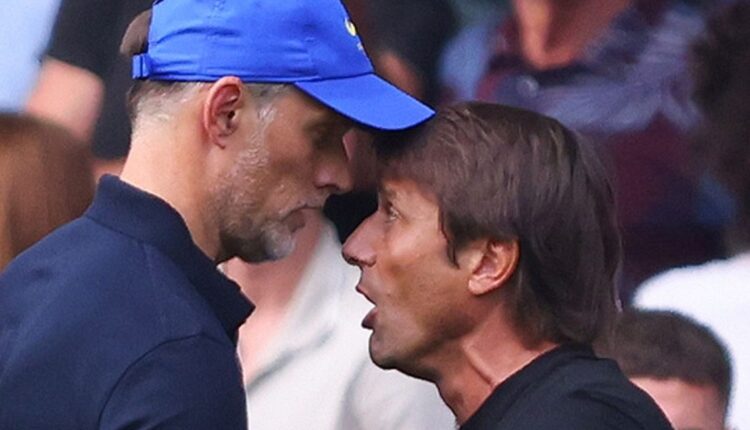 Thomas Tuchel and Antonio Conte have each been charged by the Football Association following their clash on Sunday after the Premier League match between Chelsea and Tottenham.

The pair were both sent off after an angry confrontation following the full-time whistle, as Spurs equalised six minutes into stoppage time.

It is alleged that the behaviour of both managers was improper.

They have until Thursday, 18 August to respond to the charge.

It follows an investigation launched by the FA into Tuchel’s post-match comments about referee Anthony Taylor.

The German suggested Taylor should not referee Chelsea matches in future.

The Blues were furious that Taylor failed to penalise Rodrigo Bentancur for a challenge on fellow midfielder Kai Havertz in the build-up to Spurs’ first equaliser.

The resulting melee led to face-to-face fury between the two managers, which ended with Tuchel and Conte receiving yellow cards.

But with tempers still running high, both men got involved in another spat at full-time and were sent off.

However, the red cards do not trigger an automatic suspension, meaning both are almost certain to be in the dug-out for next weekend’s games.