Today in history: The CIA masterminded 1966 coup to overthrow Nkrumah

On the ground, senior officials of the Ghana Army carried out the coup as the US intelligence agency pulled the strings and called the shots under the radar. 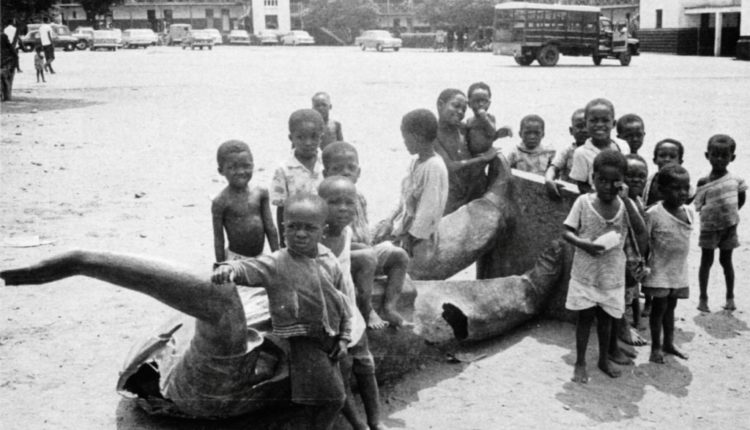 Dr Nkrumah had left the shores of Ghana three days earlier to Hanoi, the Democratic Republic of North Vietnam, at the invitation of President Ho Chi Minh to intervene in the Vietnam War. Dr Nkrumah, could not, however, protect himself against his Ghanaian detractors back home.

Ghana was left under the control of a three-man Presidential Commission while an over 50-man entourage accompanying Dr Nkrumah, ended up deserting him.

The announcement of the overthrow was made on state radio but Dr. Nkrumah heard it from the mouth of the leader of the People’s Republic of China, Premier Chou En-lai, during a stop at Peking. 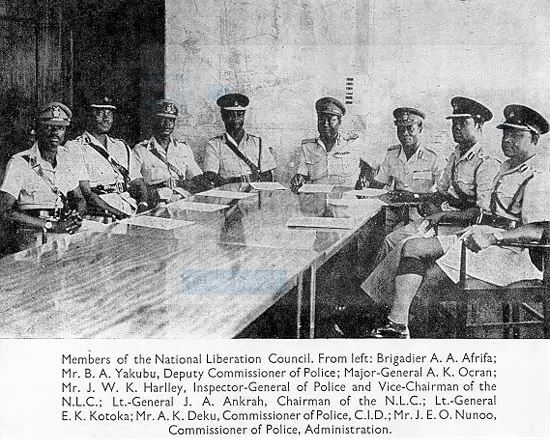 At six o’clock that morning, Maj. Gen.Kotoka announced on Radio Ghana: “Fellow citizens of Ghana, I have come to inform you that the Military, in co-operation with the Ghana Police, has taken over the government of Ghana today. The myth surrounding Nkrumah has been broken. Parliament has been dissolved and Kwame Nkrumah has been dismissed from office. All ministers are also dismissed from office. The C.P.P. is disbanded with effect from now. It will be illegal for any person to belong to it.”

The reason for the overthrow was simple: to end Nkrumah’s alleged alliance with the Soviet Union and China; alleged corruption, dictatorial practices, oppression; and the introduction of the unpopular preventive detention laws.

Maj. Gen. Emmanuel Kwesi Kotoka, Lt. General Joseph Arthur Ankrah, Brigadier Akwasi Amankwaa Afrifa and the others, including the police hierarchy knew that they were doing the bidding of the US to eliminate the man who was “doing more to undermine our [US] interests than any other black African”. 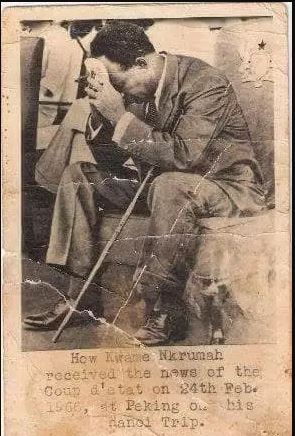 This came to light after the release of US declassified documents in 1999.

A distraught Dr. Nkrumah had blamed the action on the US but his claims were brushed aside and described as an excuse to justify his shortcomings.

In fact, an ex-agent station in Africa, John Stockwell, had made comments about the role of the CIA in Nkrumah’s downfall by using local puppets.

Parts of his account said: “Howard Bane, who was the CIA station chief in Accra, engineered the overthrow of Kwame Nkrumah. Inside the CIA it was quite clear. Howard Bane got a double promotion and was awarded the Intelligence Star for the overthrow of Kwame. The magic of it was that Howard Bane had enough imagination and drive to run this operation without ever documenting what he was doing and there wasn’t one shred of paper that was generated that would name the CIA hierarchy as being responsible”.

Additionally, a May 9. 1978 publication said first‐hand intelligence sources had noted that the CIA advised and supported a group of dissident army officers who overthrew the regime of President Kwame Nkrumah of Ghana in February 1966.

Dr. Nkrumah sought refuge from his close ally, Sekou Toure, the President of Guinea, who made him an honorary co-president of that country.

Dr. Nkrumah later died in Bucharest, Romania, in 1972 where he had been sent to receive medical attention for cancer.