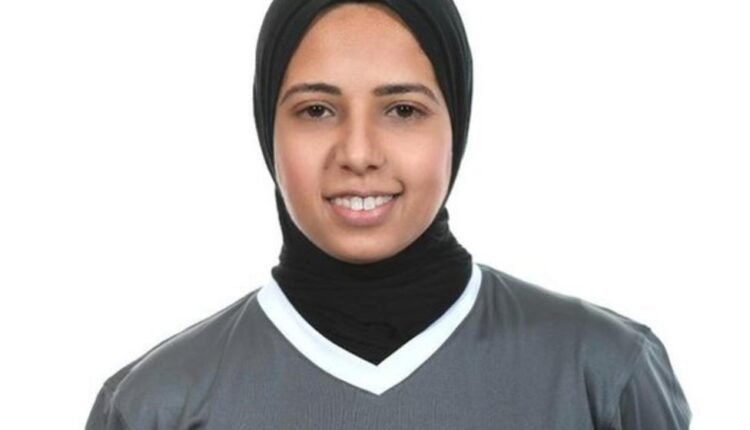 Sara Gamal has a track record of achieving big things, and now the Egyptian civil engineer and basketball player-turned-referee is about to make Olympic history.

She will be the first hijab-wearing Muslim woman to referee basketball at the Games.

Not only that, but the form of basketball she’s refereeing is itself making a debut in Tokyo this July.

3×3 basketball is thought to be the world’s most-played urban team sport, which has grown out of the game played worldwide in parks and recreation areas, known as Streetball, Blacktop or Playground Ball. 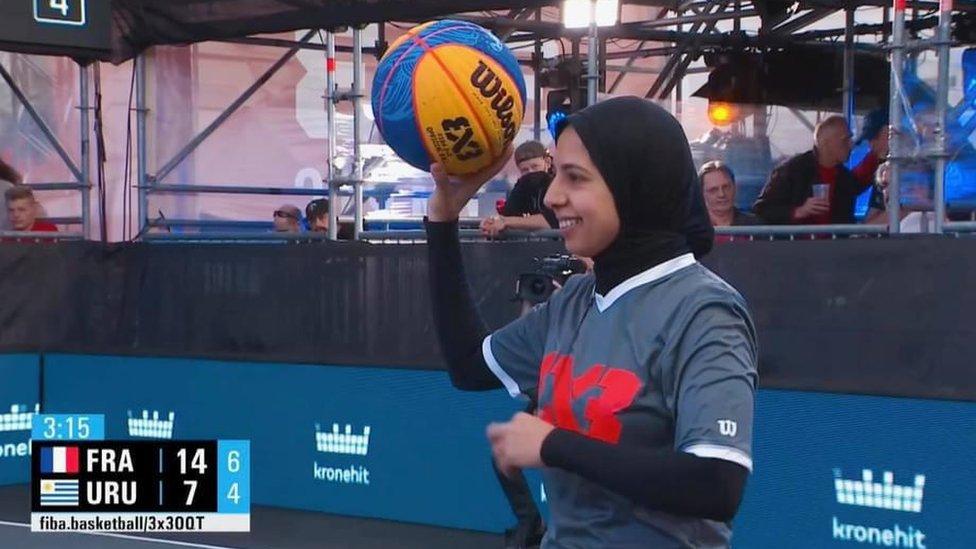 Sara will also be the first Arab and African woman to officiate 3×3 basketball at the Olympics.

‘Putting my best into it’

Sara says going to the Olympics is “a dream”.

The pandemic meant it was unclear if the Games would even take place.

“We were very worried about whether it was going to happen or not, but finally it is.”

Her family are all bursting with pride, says Sara. But she is aware that with such a great achievement comes the weight of expectation.

“It’s a big responsibility when you represent not only yourself, but also [both Africa and the Arab world]. It’s not easy, but I want to be a good representative for them, so I’m putting my best into it”.

Sara is softly spoken, with a friendly smile. She is speaking to me just hours after arriving back home in Egypt from refereeing a basketball match in Romania.

“Every time I achieve something and think that it’s the biggest thing, Allah surprises me and opens up a new opportunity which is even bigger than before,” she tells me.

“Last season I was nominated to officiate a semi-final game for the Egyptian league for men. That was an achievement on its own.”

This season Sara took her accomplishments even further, when she refereed the final of the Egypt Cup for men and in the Basketball Africa League for Men.

“Those were big steps for me, and all the other female referees in Egypt, because it was the first time a female referee officiated a men’s final in the country.”

Despite Sara’s recent successes, her journey to the Olympics has been a long one.

It began as a young girl, watching her older sister play basketball and accompanying her to training sessions. At just five years old Sara started playing, and by the time she was 15 years old she was refereeing.

For eight years Sara was both a player and referee. She says deciding to give up playing and focus on officiating was one of her biggest challenges.

“It’s not easy when you are the first in this – you must be brave to do it.

“But when you believe in something, you must also believe that if you take a step, it will work out”.

Sara is used to balancing many roles at once. She still works as an engineer, and studied for five years whilst pursuing her basketball dreams.

It was challenging, she says, “but I had the support of my family who taught me to balance my time between the two roads”.

Now her work colleagues are among those cheering her on.

“They watch my games and of course they’ll be supporting me at the Olympics.”

Through it all, Sara says her religion kept her grounded.

“I believe that if I do my best with everything, the best will come back to me. You have to work with all that you have. And then say, ‘I did my best’, and leave it to God so He guides your journey.”

That is who she turns to before every game.

“I pray and say, “God please help this to be a great game or tournament”.

It is that same faith that guides what she wears on court. Sara is the first FIBA referee to wear a hijab at international level, following a rule change in 2017.

The reaction, Sara says, has been entirely positive.

“Some players even say my outfit is cool,” she says. “It’s good for me that I’ve opened a route for more female referees to be true to their faith and dreams.”

She says young women referees in her home country often write to her, saying that they thought “they had no chance of being in big tournaments or to travel all over the world”.

“I tell them you can do better than me. You can achieve all your goals anywhere you want. You have the power to do it.

“It’s a big honour that they can think about their future as referees and see that if they work hard they will achieve their dreams.”

That is what she wants the young Muslim girls watching her around the world to take from her success, as they see her courtside in Tokyo.

“Put your focus on being the best and set your goal high, then you can reach the highest thing. I believe that we women have magic powers. We are very, very strong.”