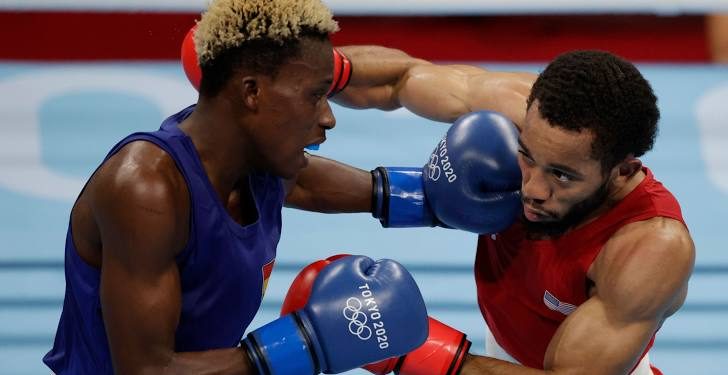 Ghana has received its first medal at the ongoing Tokyo Olympics courtesy of boxer Samuel Takyi.

Takyi, who had earlier brought excitement to Ghanaians after qualifying to the semi-final in the men’s boxing featherweight division, won the country a bronze medal despite losing out on the finals.

The twenty-year-old lost his semi-final fight to American Duke Ragan, with the judges scoring the fight 4-1 in favour of the American, ending Ghana’s dream of a first-ever gold medal.

Meanwhile, Takyi’s win has ended Ghana’s 29-year wait for an Olympic medal, with the country’s last medal coming at the Barcelona 1992 games, courtesy of the under-23 national football team.

History made for #GHA!

The medal is also the fourth at the games for Ghana in the boxing event, with Takyi joining the illustrious group of Clement Quartey – 1960- Silver, Eddie Blay – 1964- Bronze and Prince Amartey – 1972 – Bronze, as the only men to ever win Ghana an individual Olympic medal.

In boxing at the Olympics, participants who lose semi-final bouts are awarded bronze medals, meaning Takyi will get a medal irrespective of the loss.