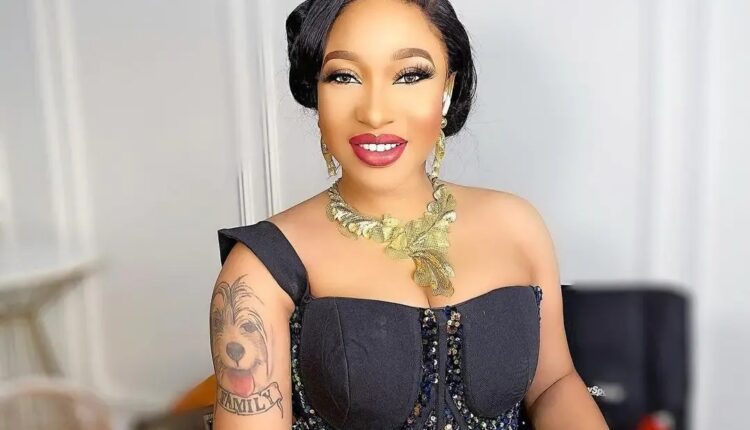 Popular Nigerian actress Tonto Dikeh, who has featured in many movies, will grace this year’s edition of the Ghana Outstanding Women Awards (GOWA) ceremony tonight, at the Marriott Hotel in Accra.

The event is organized by ASKOF Productions will reward Ghanaian women who have impacted the growth of the country in areas such as politics, health, education, sports, and showbiz.

The actress billed to rock the event is also a singer and songwriter. She is also one of the hottest movie icons in her native Nigeria and was featured in Mama G’s hit song titled ‘Make We Jolly’ a few years ago.

Credited with hit songs such as ‘Hi’, ‘Jeje’, ‘Sheba’, ‘Itz Ova’, ‘Ekebe, ‘Sugar Rush’ among others, celebrated Nigerian singer D’banj signed her to his record label, DB Records on June 13, 2014.

Tonto Dikeh in March 2015 announced her departure from DB records.

According to the organizers, the Nigerian actress will rock the stage alongside three performing artists; Praye, Kurl Songx, and Kwasi Darlington.

They are expected to treat guests at the event with most of their popular hit songs and good stagecraft.

They explained that the artist’s performance on stage will be packed with drama, real entertainment, suspense, and thrills from the beginning to the end.

The organizers disclosed that Praye, Kurl Songx, and Kwasi Darlington are seriously preparing for what most have predicted to be the most electrifying face-off between the three acts on stage.

The awards ceremony will be hosted by two of Ghana’s finest live show hosts, Clemento Suarez and Gladys Owiredu.

The organizers told Beatwaves that they are very excited to bring such a distinguished and dynamic line-up of artists together to perform at the historic event.

The presence of these artists will guarantee a stunning and memorable music spectacle tonight, they told Beatwaves.

This year’s awards ceremony has Tasty Tom Ghana as the headline sponsor.