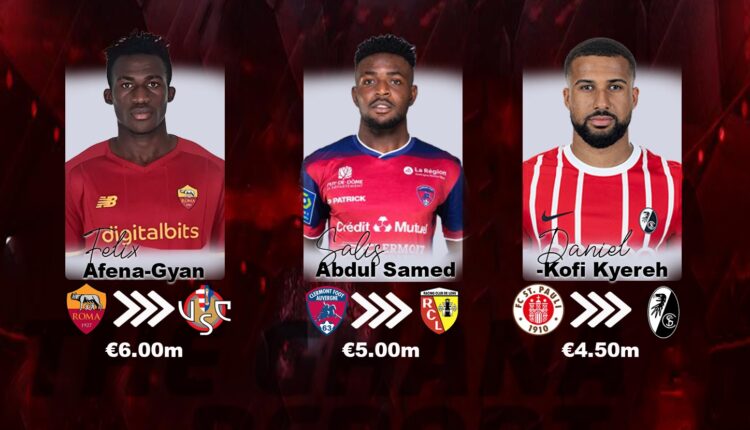 The summer transfer window for Europe’s 2022/23 league has closed, and some Ghanaian players were not left out of the busy market of moving from one club to the other.

With the 2022 FIFA World Cup tournament approaching, many were hoping for a move to various clubs to enjoy enough playing time and be fit to stand the chance of making the final Ghana squad for the world event.

While some had bids rejected by current clubs, some were fortunate to secure a move, and in our first series of transfer news on Ghanaian players, TGR Sports brings you the top 5 most expensive transfers made by Ghanaian players.

The young talent ranks top with a transfer from AS Roma to newly promoted La Liga club Cremonese worth 6 million euros plus 3 million euros in add-ons.

Several clubs expressed interest, but Cremonese won the race to sign the 19-year-old, who had a long-term contract with Roma to 2026.

Afena-Gyan started last season with the U-19 team but got promoted to the first team after impressing manager Jose Mourinho.

He made his debut against Cagliari in Serie A in November 2022 before scoring his first two goals in the victory over Genoa.

The defensive midfielder completed a move to French top-flight RC Lens on a five-year deal from Clermont Foot.

The 22-year-old was rated among the top five players in Ligue 1 last season in terms of pass completion rate.

With his inclusion in the squad, Lens will aim for a better finish than the seventh finish in Ligue 1 last season.

Yet to make his debut for the national team, Samed earned himself a call-up in Ghana’s preliminary 2021 Africa Cup of Nations squad but missed out on the final list due to injury.

Kyere joined Bundesliga side SC Freiburg from FC St. Pauli for the 2022-23 season for an undisclosed fee, but Transfermarkt.com has reported 4.5 million euros for the attacking midfielder.

He will be making his debut in the Europa League this season.

Bukari signed a four-year contract with the Serbian giants FK Crvena Zvezda worth 3 million euros after leaving the Belgian side KAA Gent ahead of the new season.

The 23-year-old Black Stars winger has been rated one of the best signings by FK Crvena Zvezda, commonly known as Red Star Belgrade, as the player has already settled in the team scoring three goals in five appearances in the new season.

Before his move, Bukari spent last season on loan at Ligue 1 side Nantes.

He was instrumental in the Serbian club’s qualification for the Europa League and scored a hattrick in the Champions League play-off.

On the national side, Bukari has made five appearances for the Black Stars after promotion from the U23 team.

He scored his maiden goal for Ghana against Madagascar in the 2023 African Cup of Nations qualifier played at the Cape Coast Stadium in June this year.

The 24-year-old has agreed to a four-year contract and is expected to shine in Spain after putting on strong performances for Vitoria de Guimaraes in Portugal.

Reports indicate that the centre-back had offers from Valencia, Girona, and Lille but chose Vallecano.

He was included in Ghana’s 2021 Africa Cup of Nations squad but did not make an appearance in Cameroon.

Mumin was also part of Ghana’s squad that beat Nigeria to qualify for the 2022 World Cup but is yet to make his Black Stars debut. 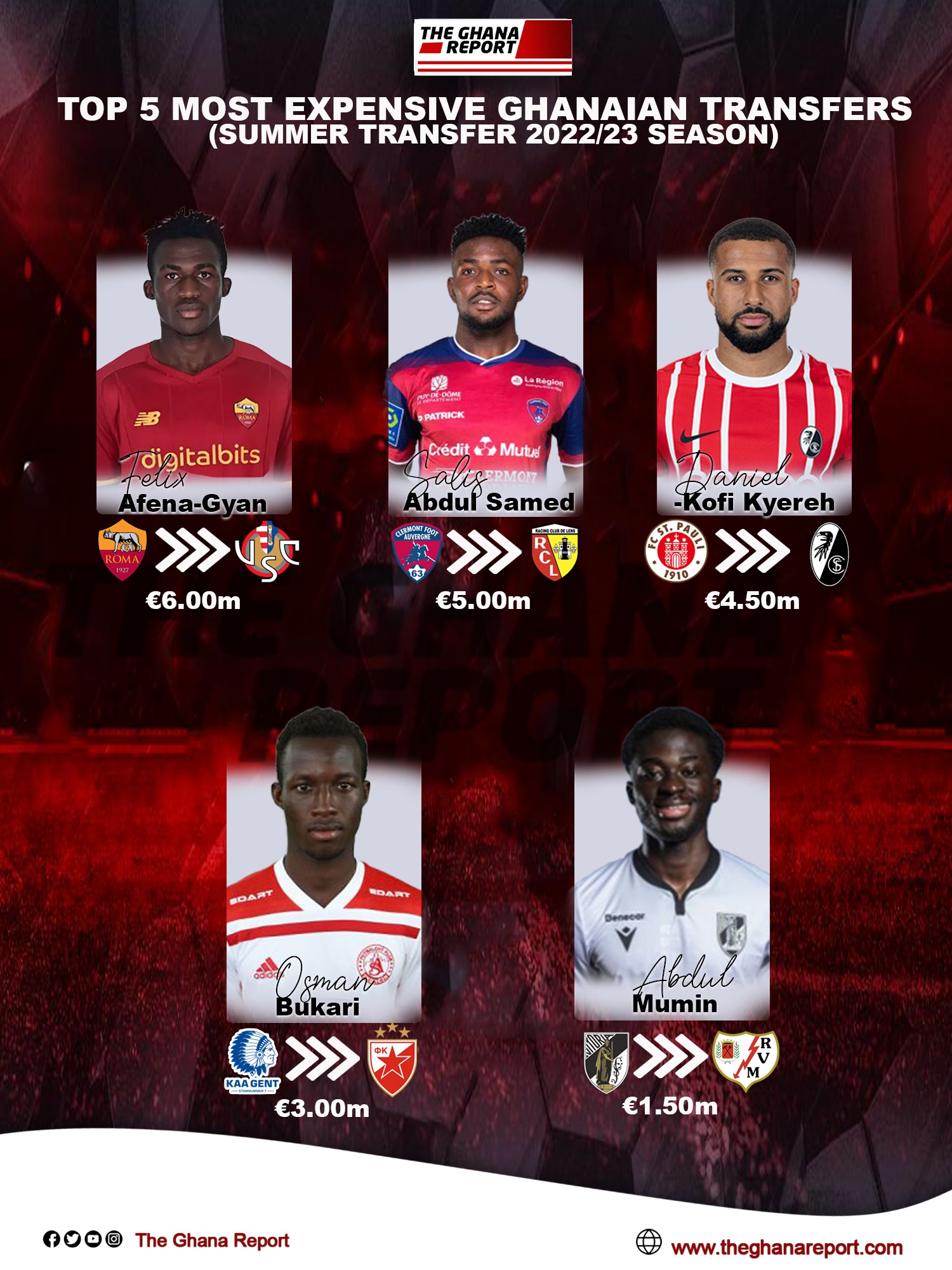