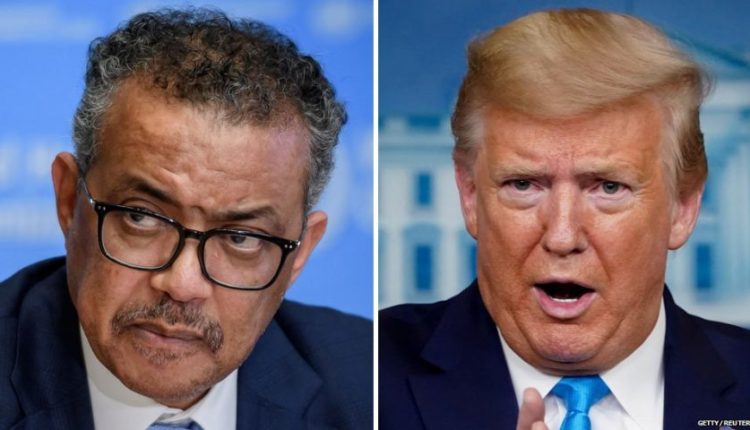 Trump says WHO ignored racism against Africans in China

US President Donald Trump has criticised the World Health Organization (WHO) for not responding strongly to reports of racism and discrimination against Africans living in southern Chinese city of Guangzhou in the wake of the coronavirus outbreak.

Mr Trump has called the WHO health body a “puppet of China” and had threatened to permanently freeze US funding. He has also has repeatedly accused China of failings in its response to the pandemic.

In his letter to WHO chief Tedros Adhanom Ghebreyesus, President Trump accused the body of not commenting on “China’s racially discriminatory actions” despite complaints of “forced quarantines, evictions and refusal of services” by African nationals.

He was referring to widespread testing of foreign nationals in Guangzhou in mid-April that was marred by claims of Africans being targeted on the basis of their race.

Video clips of Africans sleeping on the streets after allegedly being evicted from houses and hotels emerged, with those interviewed saying they were being forced into quarantine.

The Guangzhou authorities at the time denied claims of racial profiling, but President Trump has said the WHO should have condemned the “racially discriminatory actions”.