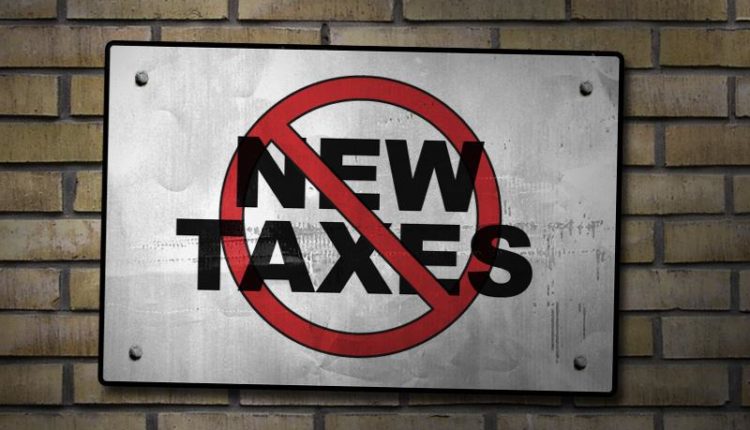 Turning Ghanaians into lovers of taxes

Turning Ghanaians into lovers of taxes!! This is a daunting and near-impossible task. How can anyone love being taxed? Why would anyone want to give 25 per cent of his or her profit or turn in 20 per cent or more of his or her salary to government, especially when the argument has been the inability to ‘see’ what their taxes are being used for?

Citizens have needs. Taxes, as it is said, are as certain as death. Citizens are demanding for services. They are right to say that the government must provide them.

Government is the provider of public goods such as roads, hospitals, water, electricity etc. However, where does government get money from? Government revenue sources are from the country’s resources which includes taxes from the citizens.

Bluntly put, a government is as good as its responsible taxpayers. The citizens are those who provide resources to government for the government to provide all the amenities citizens expect from them.

The current Tax/GDP ratio which hovers between 12 to13 per cent, clearly indicate a relatively low tax effort, meaning that the government cannot generate adequate revenue to meet the needs of the country.

It is gradually getting alarming that domestic revenue is taken up by only two items in the budget (interest payments and amortisation) leaving little for other expenditure.

As a nation, we must be doing between 20 to 25 per cent Tax/GDP. The demands of the citizens are increasing and expectations are widening.

The revenue to meet these expectations are rather relatively decreasing. It is time, as responsible citizens, we come together to whip up that patriotic spirit.

We must all be involved in building our mother land. We need the resources, some of which must come from the citizens.

Government can use high handedness to collect taxes, chasing citizens and hounding down recalcitrant taxpayers and punishing them.

However, the best option is to turn citizens into proud taxpayers, who recognise that it is their taxes that run a country.

Proud taxpayers accept that every citizen must contribute to the development of a country and know that the government has to be resourced to provide the necessary infrastructure to live peacefully and have a livelihood.

Proud taxpayers know a country cannot develop solely by borrowing and that domestic revenue is key.

Taxpayers want to ‘see’ what the money they pay is used for. Therefore, transparency in the utilisation of tax revenue is important.

Taxpayers want government to be accountable. Taxpayers will want assurances that taxes paid are not mismanaged and used for profligate expenditure.

We must target a low tax regime in Ghana. Sometimes the temptation is that because the number of citizens in the tax net are few, the same must bear the burden of the rest.

The tendency is to continue to increase the taxes on them, in order to raise additional revenue. Government’s ability to maintain fiscal stability is so tightly linked to taxes that as a policy maker there is no option of reducing taxes, it’s forward ever!

A third of the formal sector/active population are estimated to pay taxes so tax reduction as a policy choice is all but non-existent.

The solution to this is to get everyone in the tax net, tax every part of the economy possible and reduce taxes generally in Ghana.

We must be targeting a corporate tax of between 15 per cent to 20 per cent, personal income of highest bracket of 20 per cent and reducing VAT to between 10 to12 per cent.

In this era of technological advancement, IT tools should be employed in revenue collection.

Filing and paying taxes must be made easy. The taxpayer must not struggle to pay taxes. IT should also be used to identify taxpayers.

To tax or not to tax

A good part of government’s revenue is from citizens by way of taxes.

Citizens must be ready to help government provide the needed goods and services and, therefore, must pay the right taxes.

Governments should, however, make the paying of taxes more appealing to taxpayers by using the revenue judiciously, reducing the perception of waste in the system and working towards a general low tax regime in the country.

The writer, Anthony Selom Dzadzra, is a lawyer, policy analyst.