Two philanthropists have offered financial support to a second-year University of Ghana medical science student who was doomed to drop out over unpaid tuition.

The two, an individual and a company, have told theghanareport.com, they would want to remain anonymous.

The company settled 20-year old John Avu’s accommodation bill of 2,600 cedis and monies for his upkeep.

The other ‘angel’ who is a politician gave GHC8,089 to cover his tuition.

John Avu, son of a corn mill operator based in the Volta region, neared dropping out of school in his second year as he could no longer foot the bill as a fee-paying student.

He had protested this student status, preferring the far less expensive designation as a Regular Student which would bring his fees down to 2,047 cedis.

“On August 16, 2019, John Avu was given an admission to study medicine as a regular student which required that he pays GHS 2,047.00 but miraculously the admission letter was changed to full fee-paying GHS 6,773. 00 within 24 hours, on August 17, 2019”  Johnloko Acolatse, a member of the Keta Old Student Association said in a Facebook post.

But his plea for the change in status was declined by the Unversity of Ghana, compelling the former Ketasco student to cough up more than 6000 cedis for his first year.

That amount was mobilized by Ketasco alumni for the teen prodigy and he managed to complete his first year without any outstanding financial obligations.

“His parents hardly make GHC500 a month especially now that his mother is home, due to the land border closure, it will be difficult, so we are trying to solicit for funds for him” Acolatse added.

In Avu’s second year, a fresh fund-raising effort became necessary. This time an old student of Ketasco in collaboration with theghanareport.com highlighted the plight of John Avu.

Since the story was published, the support has been inundating. Three professors, some based in the US, and seven others have offered to help.

But eventually, two were quick enough to settle John Avu’s bills, much to his relief and excitement. 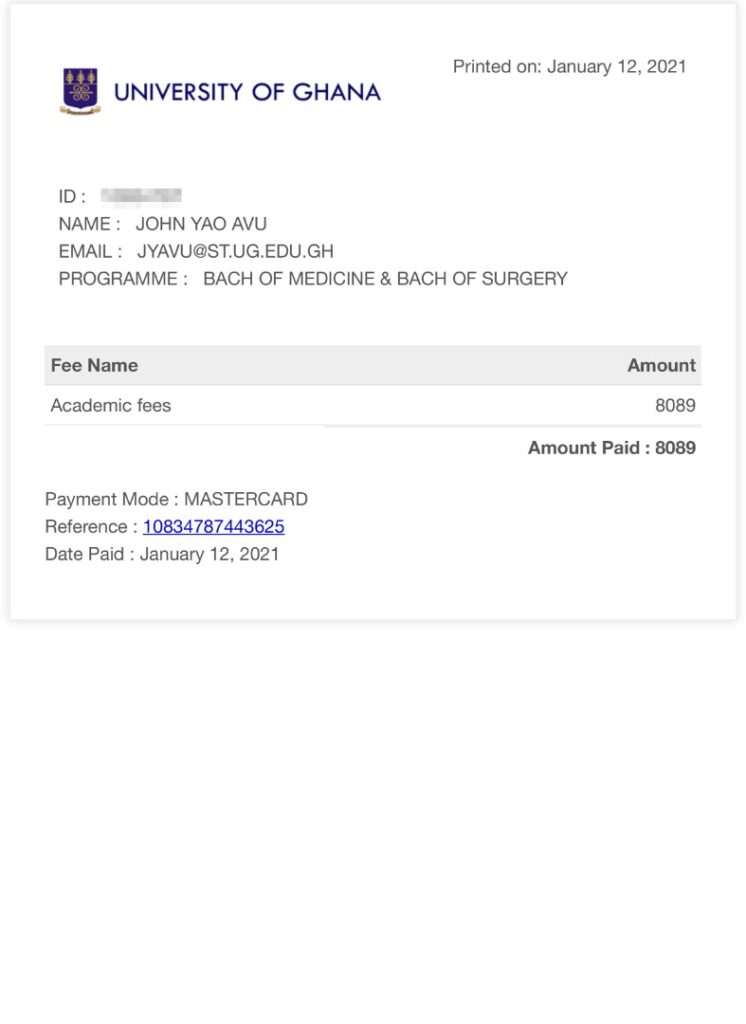 The company’s workers who volunteered and paid for his accommodation have also pledged to pay his tuition, for the rest of his medical science program, which ends in 2025.

They would also provide money for his upkeep. 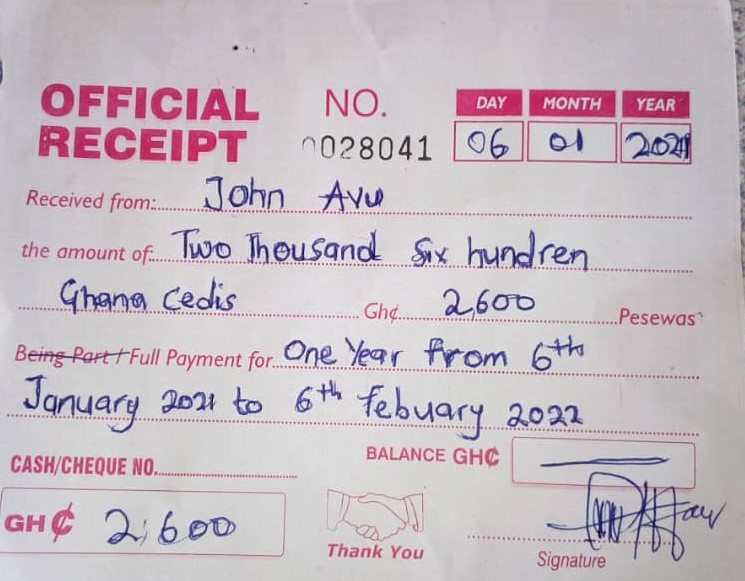 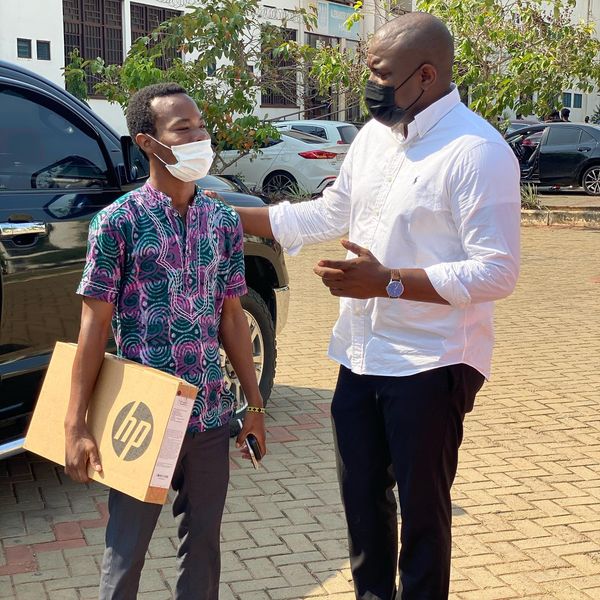 Since John Avu’s story was published, the University of Ghana has indicated it is willing to change his student status from fee-paying to regular student.

The office of the Pro-Vice-Chancellor has asked John Avu to apply for a change in designation.

“A lady in the Pro-Vice Chancellor’s office called me after the story was published and asked that I write requesting for a change,” he said.

John Avu said he is overwhelmed by the public effort to put him in school and expressed profound gratitude to his benefactors.

Avu was part of the 2019 National Science and Maths Quiz contestants for Ketasco and performed outstandingly well. He was also Ketasco’s best graduating student scoring excellent 8As in all his subjects with an aggregate 6. 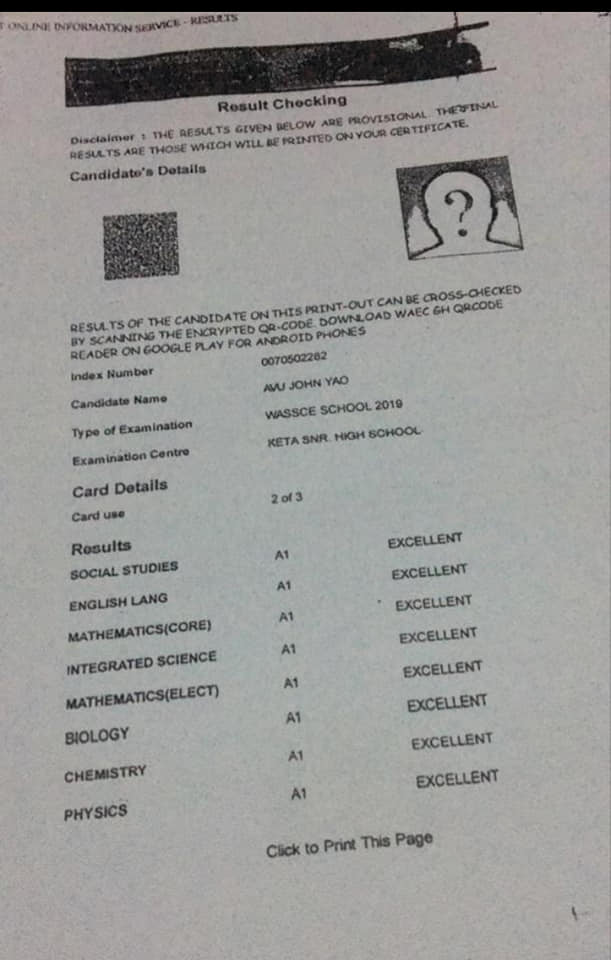 But despite his brilliance, he nearly dropped out of school because of his family’s penury.

The 20-year-old spoke to theghanareport.com and revealed his inspiration to study medicine.

He said he lost two of his siblings to an avoidable ailment in his childhood.

“When I was 8-years-old I lost my big sister, 18-years to heart attack, and a year later I lost a  brother and that refueled my passion, I took up medicine to transform those whose bodies want to fail them.” 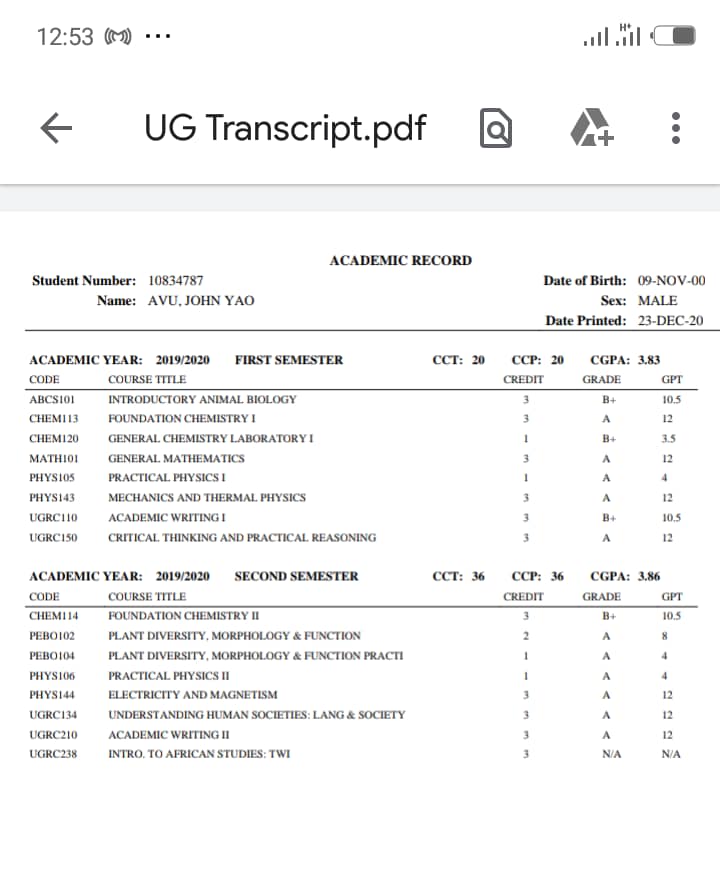 John also sat for the US approved examination SAT and hopes that his sheer academic brilliance would land him a scholarship in a university in the United States, a country where he believes opportunities abound.