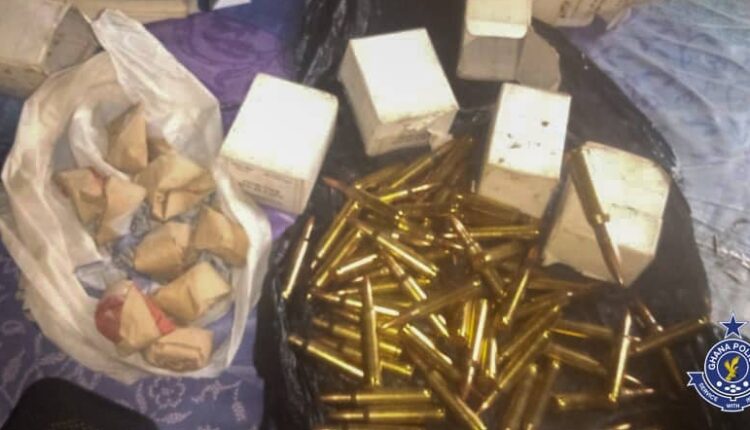 The police in Worawora in the Oti Region have arrested two suspects for allegedly buying suspected G-3 ammunition.

The suspects, Godwin Kpodo Agbetivor and Samuel Agbeshi alias Adah Emma also had in their possession wraps of dried leaves suspected to be Indian hemp, popularly known as wee.

They were arrested on Monday at Kwamekrom Abdulkordze, a suburb in the region.

In a statement signed by the Acting PRO of the Oti Regional Command, ASP John Nchor, the suspects were picked up as a result of police-public cooperation.

“16 wraps of dried leaves suspected to be Indian hemp and 181 rounds of suspected G-3 ammunition have so far been retrieved from the suspects.”

According to the police, the suspects have been remanded in their custody.

“They are currently in police custody following a remand by the Jasikan circuit court on March 25, 2020.”

The police appealed to the public, especially those in the Oti Region to volunteer information on persons suspected to be involved in criminal activities.

“The Oti Regional Police Command is encouraging the public to report persons involved in criminal activities to face the rigours of the law. It assures informants of absolute confidentiality,” the statement concluded.