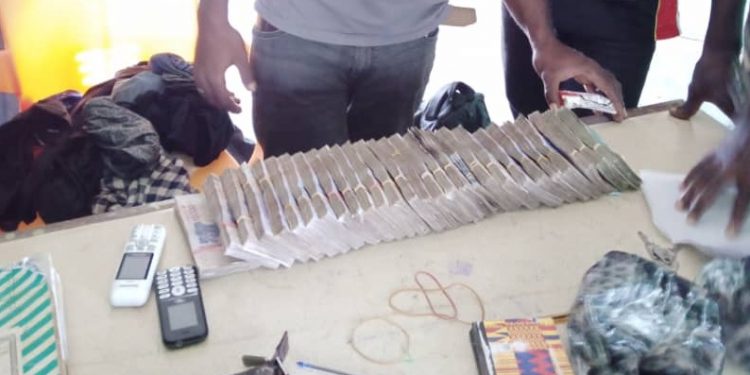 Two Burkinabes have been apprehended by the immigration patrol team at Bitchabe, a border community near Tatale in the Northern Region.

The two male suspects, whose names are being withheld, are said to be 27 and 28 years, respectively.

An official communique from the Northern Command of the service said the two were arrested after a hot chase through an unapproved route.

A statement signed by the Public Affairs Officer for the Northern Command, Assistant Inspector Christian Kobla Kekeli Zilevu, said the team conducted a search on the arrested and found CFA 27,000,000, equivalent to GH¢283,000.00.

Upon interrogation, they said they had been travelling from Sokode in Togo and transiting to Abidjan in La CoteD’Ivoire for a visit. They also claimed that they were businessmen who buy rice from Ivory Coast to Togo.

The two suspects are currently in custody pending investigation.

The service is therefore urging Ghanaians, particularly those living along the borders to volunteer information on irregular migrants to help curb various cross-border crimes.

Although there has been some ease in movement since the beginning of January 2021, Ghana’s borders and many indoor entertainment facilities remain closed after 17 months, with no end in sight.