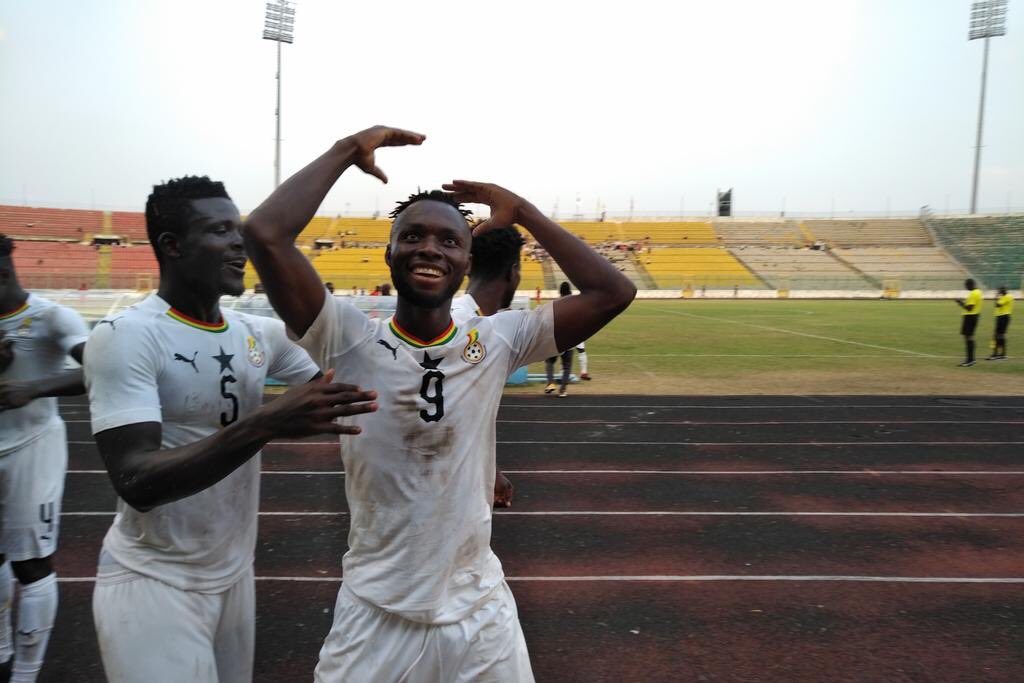 U-23 AFCON qualifier: Black Meteors get huge 5-1 victory over Togo

Spain-based striker Kwabena Owusu scored a hat-trick as Ghana recorded a resounding 5-1 victory against Togo in the first leg of their U-23 Africa Cup of Nations qualifier in Kumasi on Tuesday.

Owusu opened the scoring of the game in the 18th minute with an individual brilliance from the edge of the box after dribbling past two Togolese defenders.

The hosts were awarded a penalty in the 27th minute after Joel Fameyeh was brought down inside the box by Togo captain Messan Toudji.

Five minutes later, the Young Hawks restored the game’s parity through Thibault Klidje after connecting a free-kick by Yenoussi Guillaume.

A very improved performance in the second half saw Ghana going in front again through a beautifully curled finish from Osman Bukari.

Owusu struck twice in the 69th and 70th minutes to complete his hat-trick to increase Ghana’s lead.

Substitute Yakubu Nassam Ibrahim sealed the victory by putting his name on the score sheet.

The result gives Black Meteors a huge advantage ahead of the second leg in Lome on Saturday.

Winner of this tie will face Gabon in the next round of the qualifiers for the next year’s competition in Egypt.