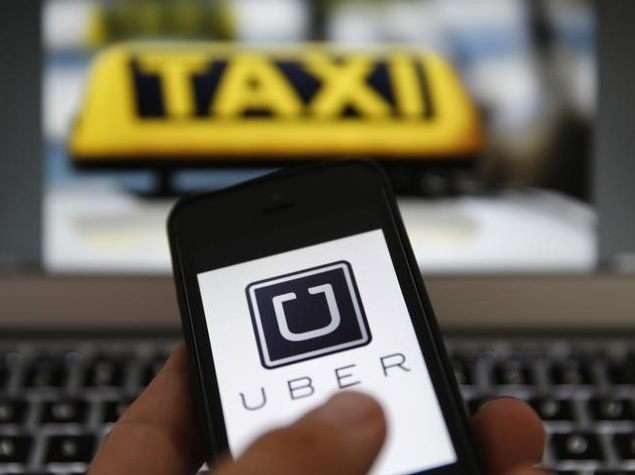 Uber, Taxify and others to get identification stickers from 2019 – DVLA

The Driver and Vehicle Licensing Authority (DVLA), has said that the activities of all technology-driven transport service providers in the country, will be regulated in the first quarter of 2019.

According to the DVLA, vehicles that are used for ride-sharing purposes and operate under Uber, Taxify and other digital transport companies, will be issued with identification stickers from 2019.

The Chief Executive of the DVLA, Kwasi Agyeman Busia, told Citi News that the measure has become important as the private vehicles through technology were serving commercial purposes.

Speaking to Citi News on the sidelines of a Strategic Review Conference of the Authority for 2018 and 2019, he added that operators of these services would have to renew their roadworthiness certificates twice a year.

“We allow commercial vehicles to have road worthy renewals twice a year, so now they have to do that because now they use those of private cars for commercial. They need to be insured. There will be a sticker that will make them identifiable for all Uber, Taxify and all digital transports. That will be towards the end of this quarter, it will be ready to use. By the beginning of the first quarter in 2019, we will turn it on full steam whereby both Uber and Taxify and all digital transports will be regulated, he said.

The operation of digital-empowered transport services in 2017 became a controversial subject as local taxi drivers consistently expressed their displeasure with the operations of Uber and Taxify drivers, who they say are taking their passengers whilst violating the laws of Ghana, specifically LI 2180 regulation 130.

The taxi drivers are among other things, concerned with the fact that Uber drivers are exempt from the payment of the Vehicle Insurance Tax every quarter.

The development caused various meetings between stakeholders including the government and the management of Uber to address the impasse, but some of the meetings ended inconclusively.

Since Uber was launched in 2009, it has been at the centre of regulator disputes in different countries and has at times been forced to change its business model as a result.

The European Court of Justice recently ruled that Uber was officially a transport company and not a digital service.

The ride-hailing firm argued that it was an information service helping people to make contact with each other electronically and not a cab firm.

In Ghana, Uber is present in Accra and Kumasi, and hundreds of drivers have jumped onto the platform to make a living either on a full-time or part-time basis.

The furore surrounding Uber’s operations has been noted as an example of how regulators are struggling to make sense of the phenomenon known as the gig economy.