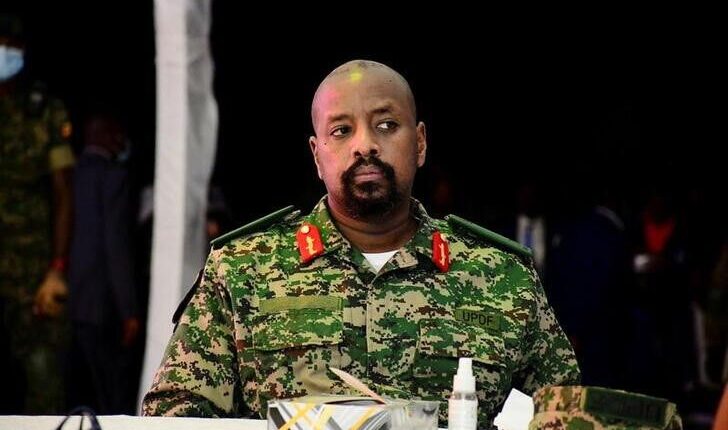 President Yoweri Museveni has removed his son, Muhoozi Kainerugaba, as commander of Uganda’s land forces, the military said on Tuesday, after Kainerugaba repeatedly threatened on Twitter to invade neighbouring Kenya.

Kainerugaba, widely regarded as the de facto head of the military and his father’s chosen successor, later said the comments were made in jest.

In the statement announcing his replacement as land forces commander, the military said Kainerugaba had been promoted from lieutenant general to full general and would remain a senior presidential adviser for special operations. It gave no reason for the decision.

Kainerugaba is outspoken on social media, frequently trading barbs with opposition figures and weighing into politics, despite his military role barring him from doing so. 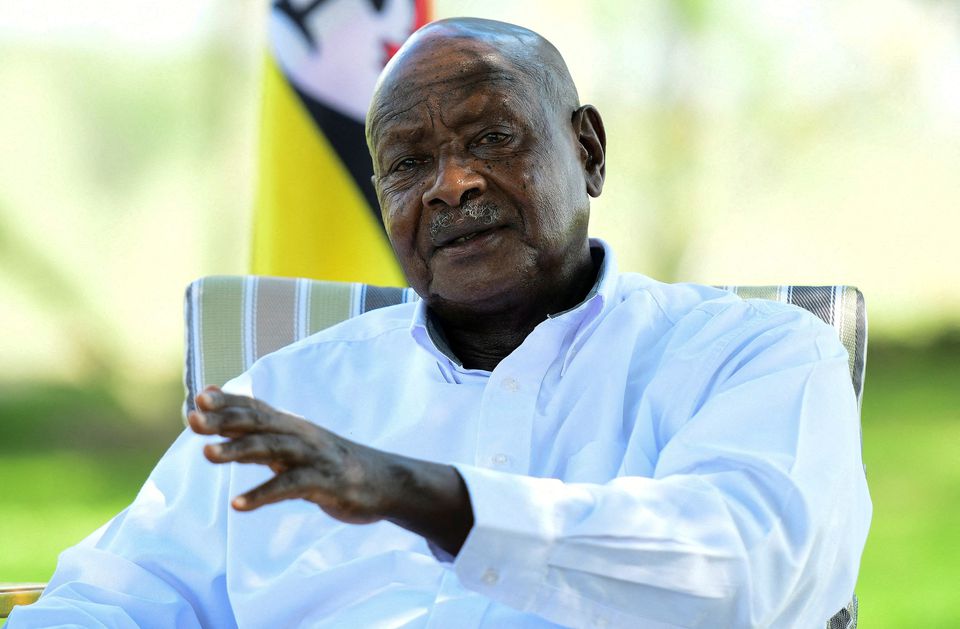 On Monday and Tuesday he sent a series of provocative messages on Twitter, including proposing the unification of Kenya and Uganda, and offering cows to marry Italy’s likely next leader.

“It wouldn’t take us, my army and me, 2 weeks to capture Nairobi,” Kainerugaba wrote, referring to Kenya’s capital.

“Union is a MUST! No honourable men can allow these artificial, colonial borders anymore. If we our generation has men then these borders must fall!.”

His comments drew angry reaction from Kenyans on social media.

Without making direct reference to Kainerugaba, Uganda’s ministry of foreign affairs said in a statement on Tuesday that it pledged its “peaceful co-existence” with neighbouring Kenya.

A Kenyan government spokesman said he had not read Uganda’s statement and would respond later.

After the military issued its statement on Tuesday, Kainerugaba retweeted a series of congratulatory messages, including several saying he should stand for president in the next election.

“We are going to have a celebration down Kampala Road for this rank. I thank my father for this great honor!” Kainerugaba tweeted.

Ugandan analysts and opposition leaders have long accused the 78-year-old Museveni of grooming his son to take over from him, but Museveni, who has been in power for 36 years, has repeatedly denied doing so.

On Monday, Kainerugaba asked his more than 600,000 Twitter followers how many cows should be offered as a bride price for Giorgia Meloni, the right-wing politician expected to be named Italy’s prime minister this month.

“I would give her 100 Nkore cows immediately! For being fearless and true!!,” he wrote.

Francesco Lollobrigida, a close aide to Meloni, told reporters Kainerugaba’s offer was not a serious topic.