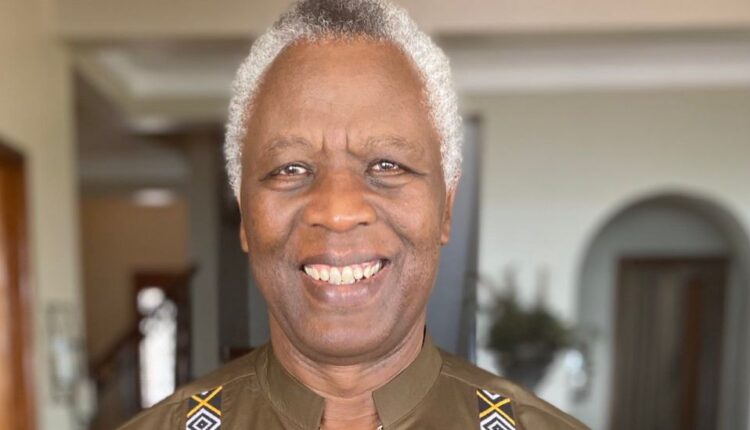 Earlier this week, they had said the policy to remove asylum seekers to Rwanda “shames Britain”.

But Archbishop Laurent Mbanda said it was not immoral and Rwanda was ready to welcome people needing a home.

He said many Rwandans had lived in exile because of the genocide in the 1990s, so they understood the issues faced by people fleeing their homes.

Under the terms of the five-year deal, Rwanda becomes responsible for the asylum seekers who had travelled to the UK.

They will be accommodated and supported while their claim is processed – and if granted permanent refugee status, will remain in Rwanda.

If unsuccessful, they will be offered the chance to apply for other immigration routes, but could face removal from the country.

So far no-one has been sent to Rwanda from the UK. A flight that was due to take asylum seekers was cancelled before take-off, following a last-minute intervention by the European Court of Human Rights (ECHR).

The Anglican Churches in Africa have an increasingly tense relationship with their mother church over Biblical interpretations of issues like same-sex marriage.

Archbishop Mbanda says he believes that as colonial days are over, the African churches have to think and speak for themselves.

The Anglican Church, the cleric says, is led by one among equals, and that it is time for the African churches to challenge their mother church, not waiting for the Archbishop of Canterbury to tell them what to do.

During his Easter sermon at Canterbury Cathedral, the Most Reverend Justin Welby had suggested the UK’s asylum plan was “ungodly”.

This was followed by a joint letter signed by the UK Anglican bishops, which said the country could not outsource its ethical responsibilities.

It was published in the UK’s Times newspaper on Tuesday – the day the first flight to Rwanda was cancelled.

But Archbishop Mbanda says accepting the asylum seekers in Rwanda will help alleviate a global crisis and the whole issue of migration and people without a home.

He said that was not a burden of one person but a burden that countries should share.

Having spent most of his life as a refugee before returning to Rwanda to live, the archbishop says he knows what it is like to be without a home.

The asylum plan has also been privately criticised by Prince Charles, according to reports last week in the Times and Daily Mail.

The heir to the British throne is to travel to Rwanda’s capital, Kigali, next week for a big Commonwealth gathering.

Ahead of the meeting, Amnesty International has urged the Commonwealth leaders to remind the UK about its international responsibility under the Refugee Convention.

“Commonwealth leaders must take a firm and clear stance to force the UK government to rescind its misguided, cruel and racist policy that shifts its responsibility towards refugees and asylum seekers to Rwanda,” the rights group said.