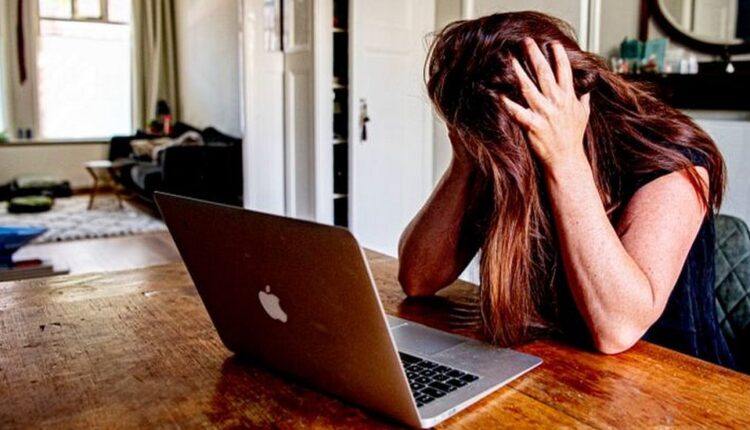 Anna, not her real name, lost inheritance from her parents in a type of online scam that police call “romance fraud”.

Anna has not been able to tell her family, saying she feels ashamed of being duped.

Police say that “calculated” scammers are “pulling at the heartstrings of people they believe are kind”.

Anna, who is in her 50s, said: “Not only the magnitude of the loss made me feel dreadful, but also the feeling I’d lost everything my parents had worked for.”

Anna, from Suffolk, became prey to her scammer – who called himself Tim – after meeting him online after she lost her husband in 2019.

They met on a dating website, and using its chat facility they began to get to know each other before Tim suggested they switch to WhatsApp.

He sent her photographs of himself and they spoke over the phone, but never met.

After a few weeks Tim, who spoke with a South African accent, told Anna he was travelling to Romania to work on a transport project.

Anna was suspicious, but Tim said she could pay the money to his translator – a woman called Harriet – rather than direct to him.

Then his messages stopped. Anna made calls to the British Consulate and South African authorities but there was no trace of him in Romania.

“The enormity of how I had been scammed hit home,” said Anna. “I couldn’t sleep for days. I felt so sick.

“The pressure I was under was immense. I feel I have been violated.”

Anna wasn’t the only victim. The translator he had told her to transfer the money to was a real person in Bath and North East Somerset.

Harriet, also not her real name, thought she was in a relationship with a man called Toby, who told her the money coming from Anna was for an investment scheme and she should pass it on to another account.

Harriet had also met Toby online and they had been in a relationship for eight months – he had even proposed.

He would send her pictures of expensive properties he was planning to buy in the UK so they could live together.

When the truth emerged, she says she felt “mentally abused”.

“I can’t move forward from this and have lost trust,” she said.

Action Fraud, an agency run by City of London Police, discovered the money Harriet had transferred had gone to a money-laundering ring in the Far East.

Anna, who has managed to recover half the money through her bank, says she still finds it difficult to talk about her experience.

She said: “I can’t fault the work Avon and Somerset Police have done, but there’s a limit to the amount of time that can be spent with these kinds of things.

“I hold my hands up to being stupid and the naivety of it all.”

Police said: “We hope Anna and Harriet’s experiences encourage people to tell police and Action Fraud when they are targeted in a scam.

“We believe some victims are reluctant to come forward as they are embarrassed, but these criminals are predatory and groom their victims, who should feel no shame.”

8 Extremely Helpful Packing Tips For Your Next Trip

Are You Lost in Your Twenties? Join the Club

10 Best Pieces Of Advice Mothers Have Ever Given Their Children