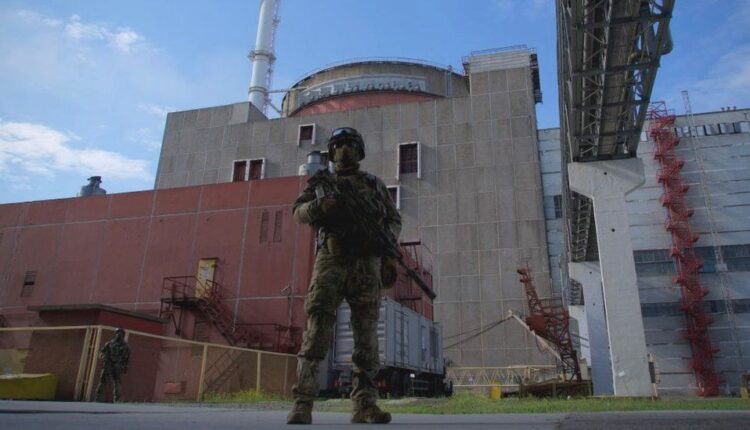 Ukraine’s president has warned that any Russian soldiers who shoot at the besieged Zaporizhzhia nuclear plant will be targeted by security services.

In his nightly address on Saturday, Volodymyr Zelensky said any soldier firing on or from the plant would become “a special target” for Ukraine.

He also accused Moscow of turning the plant into a Russian army base and using it as “nuclear blackmail”.

Russia seized the facility after heavy fighting in March.

It is the largest nuclear power plant in Europe, and situated in a strategically important location in the southern Ukrainian city of Nikopol. Ukrainian technicians still operate it, despite the site being under Russian occupation.

Earlier this week, the facility came under artillery fire, which Moscow and Kyiv blamed each other for.

During his address from Kyiv, Mr Zelensky said that Russia had engaged in “constant provocations” by firing on the plant and said forces stationed there had used it as a base to shell Nikopol and the nearby city of Marganets.

“Every Russian military officer who either shoots at the plant, or shoots under the cover of the plant, must understand that he becomes a special target for our intelligence, for our special services, for our army,” the president said.

He added that “every day” of Russia’s occupation of the plant “increases the radiation threat to Europe”.

Ukraine’s defence intelligence agency also accused Russia of a provocation by parking a Pion self-propelled howitzer – a type of tank – outside a nearby town and painting a Ukrainian flag on it, in an attempt to discredit Kyiv.

A BBC investigation revealed earlier this week that many of the Ukrainian workers at the site are being kept under armed guard amid harsh conditions.

On Thursday, foreign minsters from the G7 group of industrial democracies demanded that Russia withdraw from the site immediately.

Their warning echoed statements from the United Nations’ nuclear watchdog, the International Atomic Energy Agency (IAEA), which called for an end to “all military activities that endanger nuclear security”.

UN Secretary General António Guterres has warned that the situation at the plant could “lead to disaster”.

But Russia has constantly denied any wrongdoing at the plant, and Vladimir Rogov, a Moscow installed local official, wrote on Telegram that Ukrainian forces were shelling the plant.

Moscow’s foreign ministry has said that it seized control of the plant to prevent leaks of radioactive materials during fighting in the region.

The ministry’s officials at the UN have requested an urgent meeting of the UN Security Council to discuss the situation at the power plant. The meeting will be held on Thursday in New York.