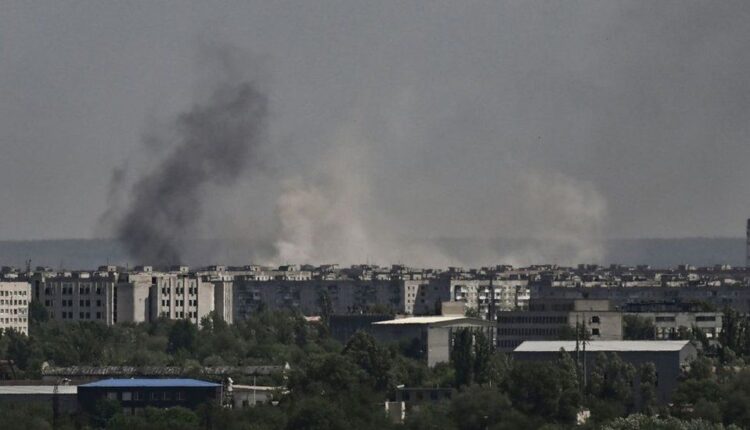 Ukrainian troops could withdraw from the big eastern city of Severodonetsk, which Russian forces are close to surrounding, an official there says.

Serhiy Haidai, governor of Luhansk, said Russians were in part of the city. “It is possible that in order not to be surrounded, they will have to leave.”

Russia has made seizing the whole eastern Donbas region a key war aim.

Ukraine is pleading for long-range weaponry to resist Russia’s advance, but the US has so far not offered it.

“I’m afraid that Putin, at great cost to himself and to the Russian military, is continuing to chew through ground in Donbas,” he told Bloomberg.

“He’s continuing to make gradual, slow, but I’m afraid palpable, progress and therefore it is absolutely vital that we continue to support the Ukrainians militarily.”

In Severodonetsk Mr Haidai said more than half the housing had been destroyed and almost all buildings there had been damaged. All remaining residents were in shelters.

The road out of the city to Ukraine-held territory was under constant fire but still passable, he added.

Also on Friday, pro-Russian forces seized the town of Lyman to the west of Severodonetsk, setting the scene for an advance towards the major cities of Slovyansk and Kramatorsk.