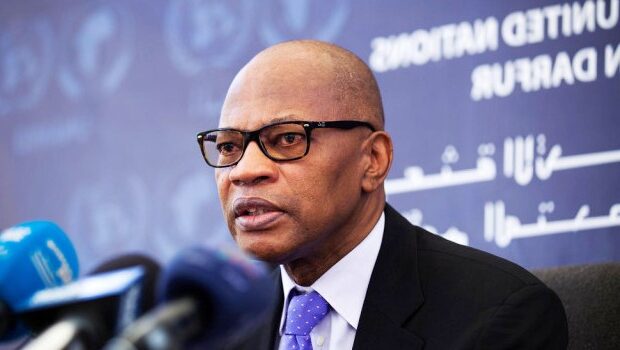 Head of the UN Office for West Africa and the Sahel, Dr Mohammed Ibn Chambas, has described the incompetence tag attached to two women heads of the Electoral Commission (EC) as “regrettable.”

The integrity and competence of Charlotte Osei and Jean Mensa have been dragged into the media.

Their personalities have been attacked and described with words that are denigrating.

According to Mr Chambas, despite their personal capacity, training, and experience, both Jean Mensa and Charlotte Osei “were victims of a process…a process of polarization…a process of appointment of an important role such as an electoral commissioner.”

Stressing the need to have more women in positions of power, Mr Chambas said Ghana needs more women like Jean Mensa and Charlotte Osei to be given more responsibilities to serve as role models in society.

“Both highly qualified Ghanaian females, the unprintable words that have been used on these women are appalling, uncalled for, and “unacceptable”, he noted.

He, however, charged the Electoral Commission (EC) to use a more consultative approach in its dealing with the various political parties and the management of the electoral process.

“If they (EC) can forward planning as it has done now taking into account recommendations of all the other observers such as the EU, ECOWAS and AU observers. We must combine what the international observers saw and then what the domestic observers also recommended going forward,” he indicated.

The UNOWAS boss urged the EC to also take into consideration useful recommendations put forward by the various local and international observer missions that participated in the 2020 presidential and parliamentary elections, with the aim of shaping Ghana’s fledgeling democracy.