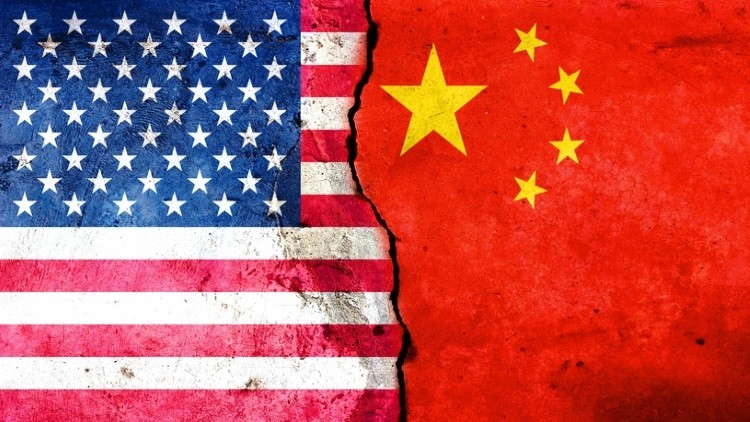 US and China agree to restart trade talks

The US and China have agreed to resume trade talks, easing a long row that has contributed to a global economic slowdown.

Mr Trump also said he would allow US companies to continue to sell to the Chinese tech giant Huawei, in a move seen as a significant concession.

However, after the meeting on the sidelines of the main G20 summit in Osaka, he confirmed that the US would not be adding tariffs on $300bn (£236bn) worth of Chinese imports.

He also said he would continue to negotiate with Beijing “for the time being”.

And at a subsequent press conference, the US president declared that US technology companies could again sell to China’s Huawei – effectively reversing a ban imposed last month by the US commerce department.

President Trump has positioned his trade talks with Xi Jinping as a win for the US – but he may have also given Beijing exactly what it wants on Huawei.

It is still not clear whether what Mr Trump has announced is a complete reversal – but if it is, it would be a significant concession by the US on a company that Washington has said is a threat to national security.

The resumption of talks and pressing the pause button on more tariffs will be seen in the short term as positive for markets and American businesses.

Chinese businesses have been suffering too – the trade war has hit investment plans, business confidence, and exports in the world’s second largest economy.

But pressing pause doesn’t mean the trade war is over. Tariffs on hundreds of billions of dollars worth of goods are still in place. And the two sides still have much to agree on.

Washington wants Beijing to fundamentally change the way China’s economy has grown over the past four decades – get rid of subsidies to state owned companies, open up the domestic market and most importantly, hold China to account if it fails to deliver on any of these commitments.

But Beijing has already publicly said that it won’t budge on issues of principle or bow to US pressure.

How the two sides close that gap will be the real test of any trade truce. For now – it is a positive thing that they’re talking again.

But talking can only take you so far.

How has the US-China trade dispute escalated?

The US and China have been fighting a damaging trade war over the past year.

Mr Trump accused China of stealing intellectual property and forcing US firms to share trade secrets in order to do business in China, which in turn said US demands for business reform were unreasonable.

The feud escalated in the months leading up to the summit, after talks between the two countries collapsed in May.
Will what’s happened in Osaka change the situation?

The truce signals a pause in hostilities rather than a resolution of the dispute, which has caused market turbulence and hit global growth.

Mr Trump said his meeting with Mr Xi was “excellent, as good as it was going to be,” adding: “We discussed a lot of things and we’re right back on track and we’ll see what happens.”

China’s state news agency Xinhua quoted Mr Xi as saying: “China and the US have highly integrated interests and extensive co-operation areas and they should not fall into so-called traps of conflict and confrontation.”

What’s the situation with Huawei?

Washington has publicly said the firm’s technology poses a national security risk, although Mr Trump has also linked the issue to the trade dispute.

Last month, the US banned Huawei from buying US goods without a licence – including from Google, which is crucial to many of its products. The ban could cost the firm $30bn (£24bn) in revenue this year.

Some analysts see the ban as an attempt by the US to contain a powerful Chinese firm.

Mr Trump’s decision to allow US companies to continue to sell to Huawei “where there’s no great national security problem” could be a substantial concession, although exactly how this will play out remains unclear.

Mr Trump said the Huawei situation would be dealt with “at the very end” of trade talks.

The next summit is due to be held in Saudi Arabia in November 2020.

Crown Prince Mohammed bin Salman has continued to face questions in Osaka over the murder in Istanbul last year of Saudi journalist Jamal Khashoggi and the matter is likely to rumble on.

The UK’s Theresa May and Turkey’s Recep Tayyip Erdogan are among those still pressing the issue, although Mr Trump says “no-one blames” the crown prince.