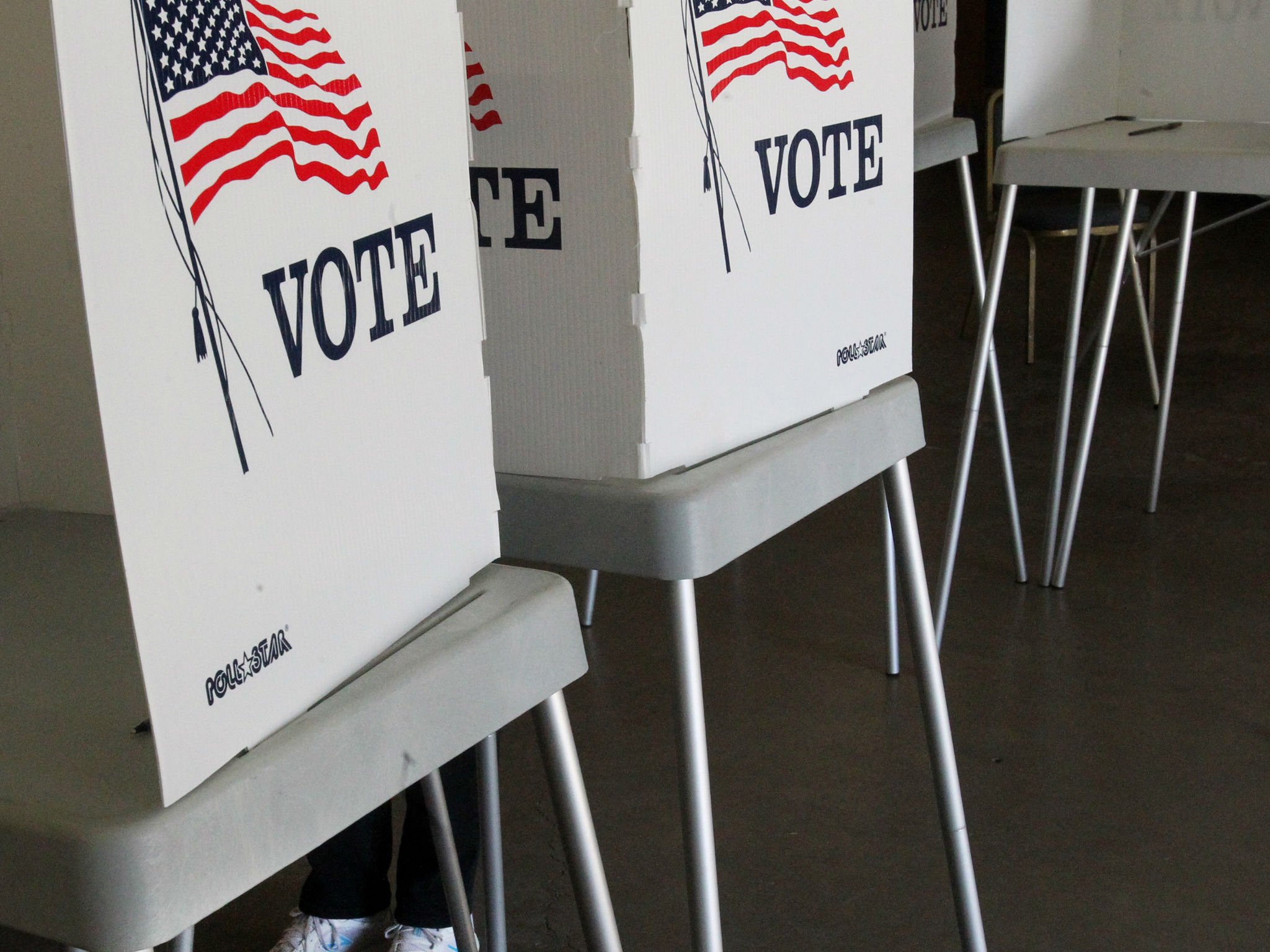 US mid-term elections 2018 poll tracker: Who will win the Congress?

America will go to the polls on Tuesday to elect members for each of the 435 House seats and 35 of the 100 Senate seats in Congress.

Donald Trump and the Republicans will hope to maintain their majority in both houses during these midterm elections, but with the Democrats having a healthy lead in the polls, it is believed that they have a decent chance of taking the House of Representatives.

A Democrat victory in either chamber would grant powers to potentially open investigations into President Trump as well as affording them more scope to oppose the president’s agenda. The stakes are high.

The latest polling and forecasts indicate that Donald Trump and the Republicans are favourites to hold on to the Senate, while the House of Representatives looks likely to fall to the Democrats.

However, as with the 2016 presidential race, the polls could swing in the final days of campaigning – particularly as Trump ramps up campaigning and heightens his rhetoric around the topic of migration.

General ballot between Republicans and Democrats

The latest polls show that the Democrats are around eight percentage points ahead of the Republicans, standing at an average of 48.4 per cent compared to the Republicans’ 42.2 per cent.

This is an average of the last eight polls, and has indicated a consistent lead for the Democrats on a national level.

While the Democrats are ahead in the general ballot, both the House of Representatives and the Senate are decided by a series of local elections, which means that the Republicans may still hold both houses.

The Democrats need 24 seats to flip the House of Representatives, and two to flip the Senate. But to make matters harder, the Democrats are defending 26 of the 35 seats up for election in the Senate this time.

House of Representatives forecast: Democrats knocking on the door

Of the 435 seats up for re-election in the House of Representatives, the Democrats need to flip 24 seats – something that should be within reach for the party.

The latest forecast, from the Cook Report, has the Democrats on a likely 209 seats and the Republicans on 197.

This means that the remaining 29 “toss-up” seats, which are too close to call, will be incredibly important for the outcome of the election.

Only needing two seats to take the Senate, it would at first seem that the Democrats should be able to take control.

But there is an issue with this: Of the 35 seats up for election, 26 are currently defended by the Democrats. That means that the Democrats need to claim two seats from the remaining eight Republican-defended seats.

According to the Cook Report forecast, this seems unlikely, as there are only 43 seats that are marked as “leaning” Democrat or stronger.

To claim a majority, the party would have to pick up a further six seats that are either toss-ups or leaning towards the Republicans

In the 2016 presidential election, Trump won big in rural and working-class communities. This helped him flip – albeit with small margins – traditionally Democrat states in the rust belt, including Wisconsin and Michigan.

If the Democrats are to have hope of taking the House of Representatives from the Republicans, they need to ensure that they retain seats in these areas, before moving onto Republican territory in others.

A series of both Republican and Democrat seats are currently classed as a “toss-up” by the Cook Report, indicating that there could be turnovers for both parts in the mid terms.

The Republicans will hope to hold onto their under siege seats in places like Tennessee and West Virginia, while making inroads in Democrat areas that Trump claimed with huge majorities in the 2016 presidential election.

Seats in Indiana and North Dakota are among those places where the Republicans will hope that Trump’s base will help them flip seats.

Donald Trump’s approval ratings are at relatively healthy and stable levels as the mid-terms according to The Telegraph‘s poll tracker.

The tracker, which takes an average of the last eight polls, puts Trump’s approval rating on 44 percent at the end of October.

While this level is quite high for Trump, it is relatively low for sitting presidents – and this is important, as presidential approval ratings are a good indicator of net losses at mid term elections.

Only two presidents – Truman (1946 and 1950), and Bush (2006) – had a lower approval rating than Trump when going into their respective mid term elections. All three of these ended up losing over 28 seats in the House of Representatives and over five in the Senate.